After the recent Marks & Spencer controversy accusing them of printing the name of Allah in their toilet paper, it looks like Nike is the next company to receive hatred from the Muslim community. In fact, thousands of Muslim consumers are demanding that the popular sports brand recall their Air Max sneakers.

The alleged offense, you ask? Well it’s the same issue as with Marks & Spencer all over again! According to some people, Nike should recall their products for “insulting Islam” by “writing Allah” in Arabic on the shoe’s sole.

Ainon claims Nike are selling trainers which clearly have “Allah” written in Arabic. 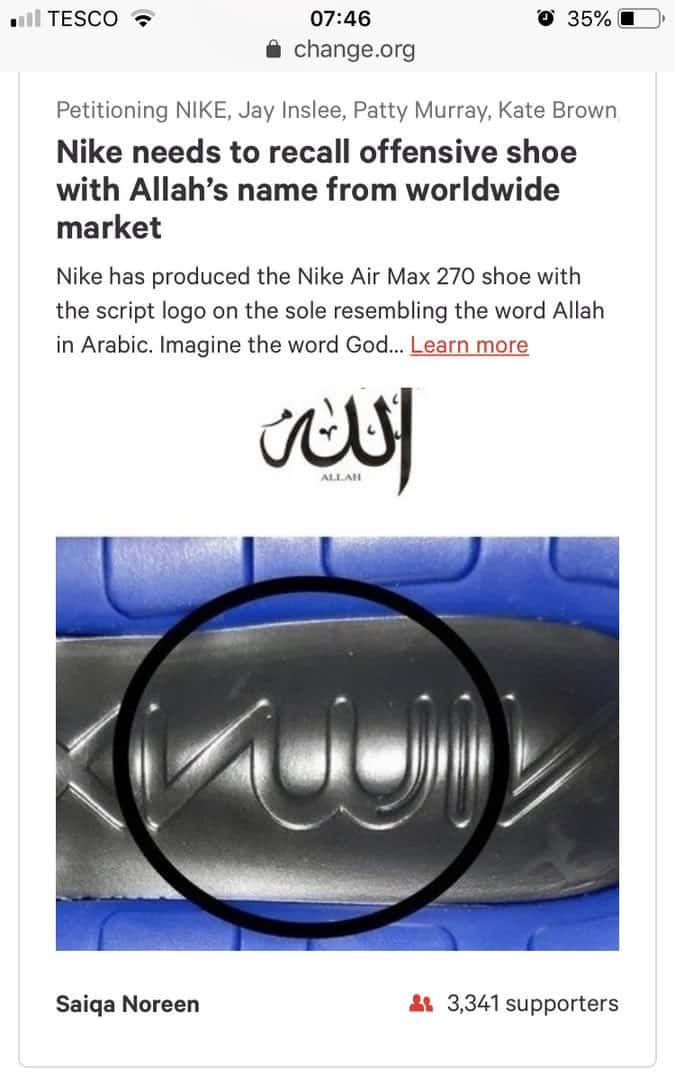 Saiqa Noreen, a Muslim buyer, noticed the offensive writing and took it upon herself to start an online petition. She is hoping that Nike would be forced to remove the product from the market for disrespecting Islamic beliefs.

“Nike has produced the Nike Air Max 270 shoe with the script logo on the sole resembling the word Allah in Arabic, which will surely be trampled, kicked and become soiled with mud or even filth.

“This is disrespectful and extremely offensive to Muslims and insulting to Islam.” 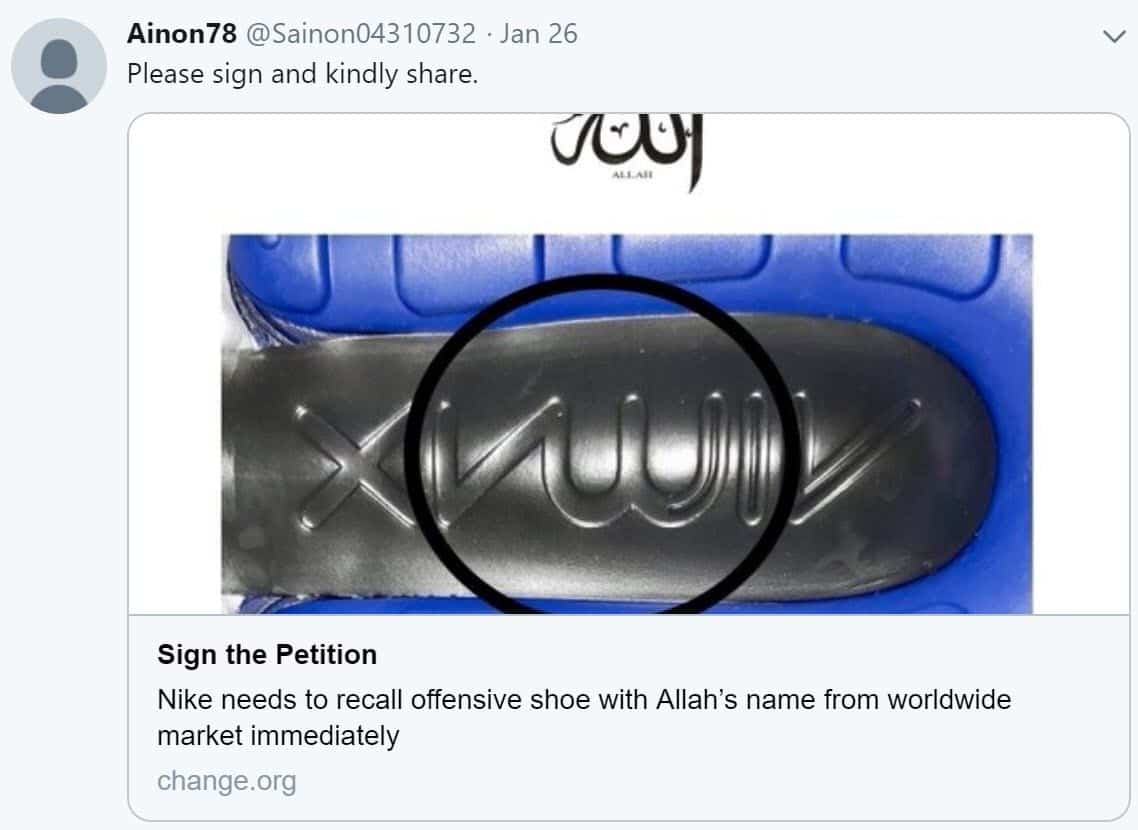 Numerous netizens on social media has since joined Noreen’s crusade and have been posting their rants against the company.

This website in Faisalabad is selling #NIKE shoes with #Allah written in Arabic under the sole.
Please check and share… pic.twitter.com/1af4hLd4hB

@Nike why are you putting the Arabic writing of Allah at the bottom of your trainer care to explain please pic.twitter.com/J3DbTCpih0

I checked on a pair my friend owns and it's definitely there. pic.twitter.com/tXNR7Whj8z

Meanwhile, Nike quickly denied the accusations saying it was never their intention to disrespect the faith.

As a representative clarified:

“Nike respects all religions and we take concerns of this nature seriously.

“The Air Max logo was designed to be a stylised representation of Nike’s Air Max trademark. It is intended to reflect the Air Max brand only. Any other perceived meaning or representation is unintentional.”

Well what do you think folks? We’d like to hear from you: do you think Nike is really guilty of blasphemy or is it nothing but mere coincidence? Go share your thoughts with us by leaving a comment below!