The vast expanse of water that is the ocean holds mysteries that are still unknown to the modern human. In fact, there are still creatures underneath the sparkling blue-green enigma that covers 70 percent of the Earth’s surface that can both amaze and terrify you at the same time.

Bearded fireworms appear like a fluffy version of centipedes but they are much scarier in reality. 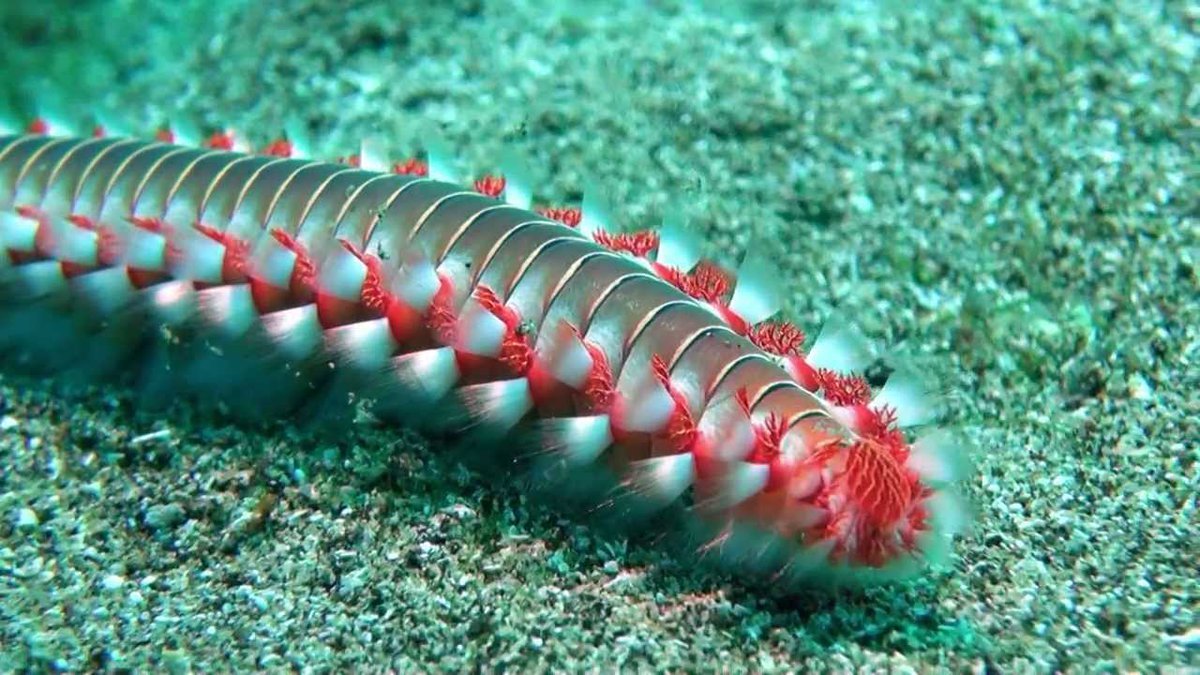 According to Marine Bio, this creepy crawler is a kind of bristleworm under the Family Amphinomidae and has a scientific name Hermodice carunculata.

It is usually 7 to 10 centimeters in length but can grow to as much as 35.6 centimeters. 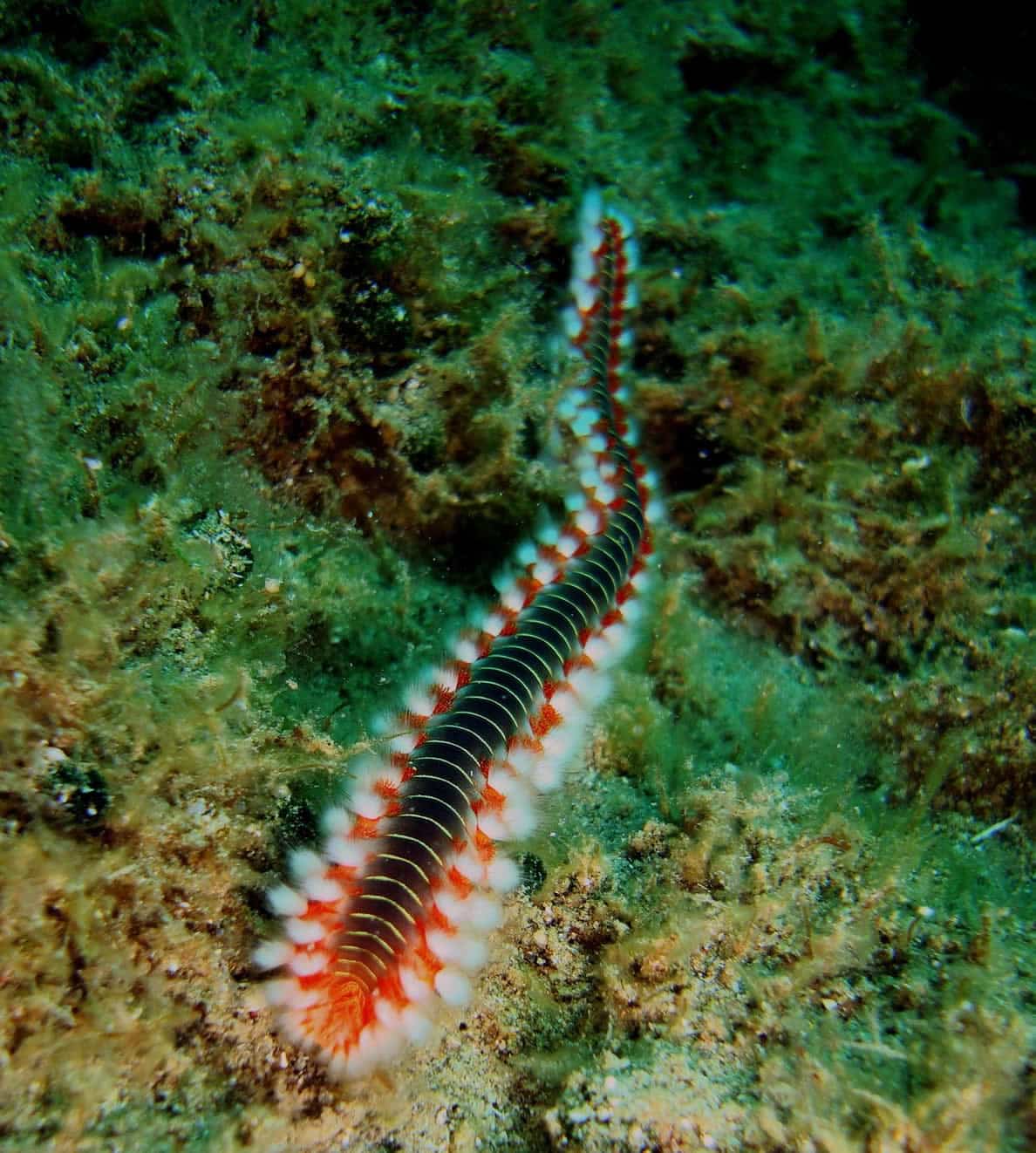 For marine biologists, bearded fireworms are quite a sight to behold with their colorful flat segmented body. They are considered beautiful in the world of marine biology because—unlike their annelid relatives Classes Clitellata and Pogonophora—they have striking hues that are not only photogenic but are awe-striking in real life.

Bearded fireworms have venom-filled bristles called “chaetae” that cause burning and irritation. 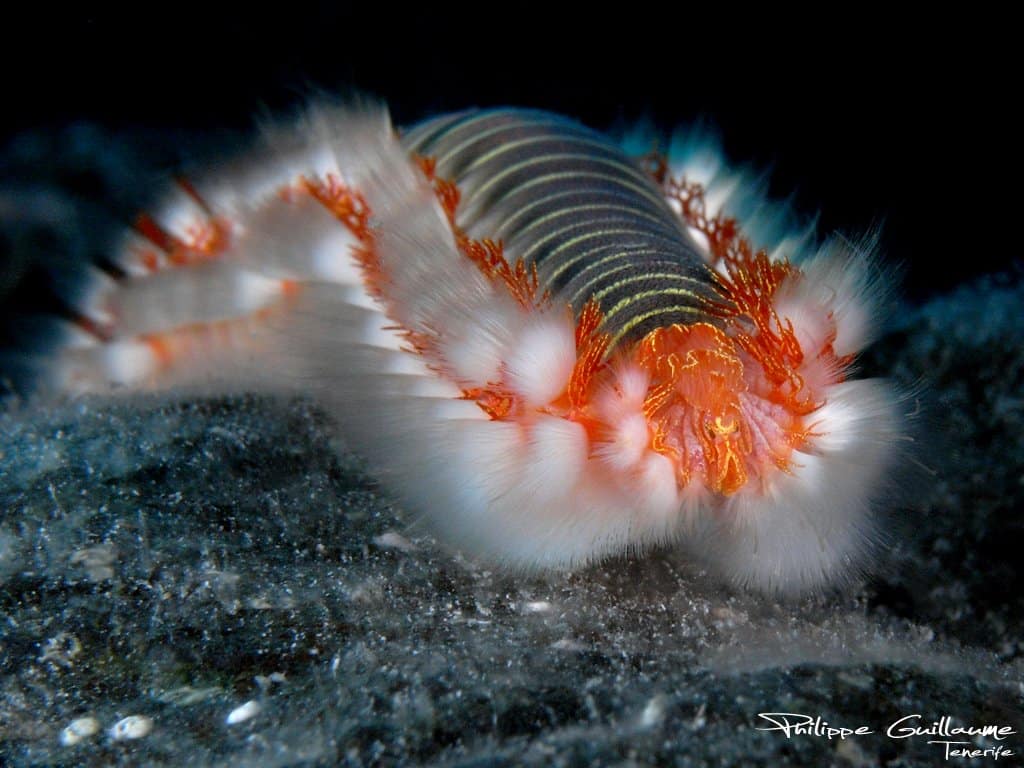 Unfortunately, normal people do not appreciate their beauty and are considered downright creepy. While it may not do the creatures’ justice, your instinct to avoid these creepy crawlers is right on the money. This is because the underwater creature is armed with venom-filled bristles called the “chaetae” that look like harmless beards but can cause irritation and burning when touched.

This specie of fireworms is native in the Atlantic Ocean and the Mediterranean Sea but they can also be found in some areas in the West specifically United States to Guyana. They usually camouflage in corals, sand, and mud; and hide underneath stones in rocky or seagrass areas and on some muddy bottoms. 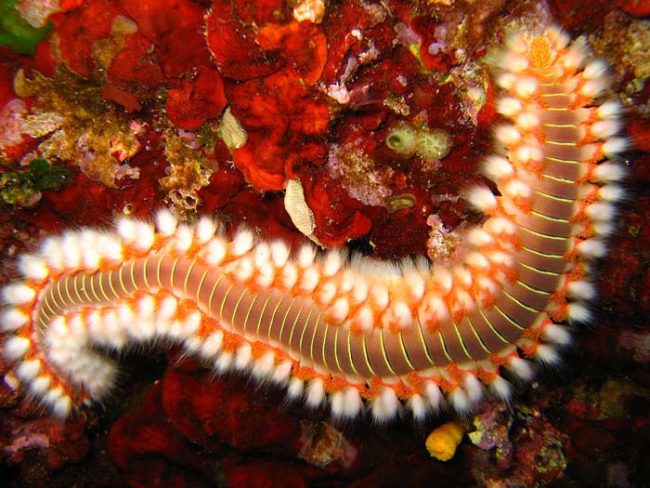 Because of their colorful appearance, some make the mistake of putting bearded fireworms inside aquariums so it is best to share this article to your family and friends to educate them about the dangers of coming in contact with this creature.