NASA scientists are fascinated with a new island created by a massive underwater volcanic eruption in December 2014. The Pacific kingdom of Tonga was rocked when an undersea volcano erupted and produced enough ash and rock to create a whole new island with cliffs that reached up to 400-feet tall.

The young island, unofficially named Hunga Tonga-Hunga Ha’apai, is located about 400 miles southeast of Fiji in the Pacific. It’s about a mile long, and it was expected to erode and wash away after a few months. Three years later, it’s still here and might actually stay much longer than expected.

The formation of the Hunga Tonga-Hunga Ha’apai during this modern time allowed experts to observe and document, from the very beginning, an island forming. 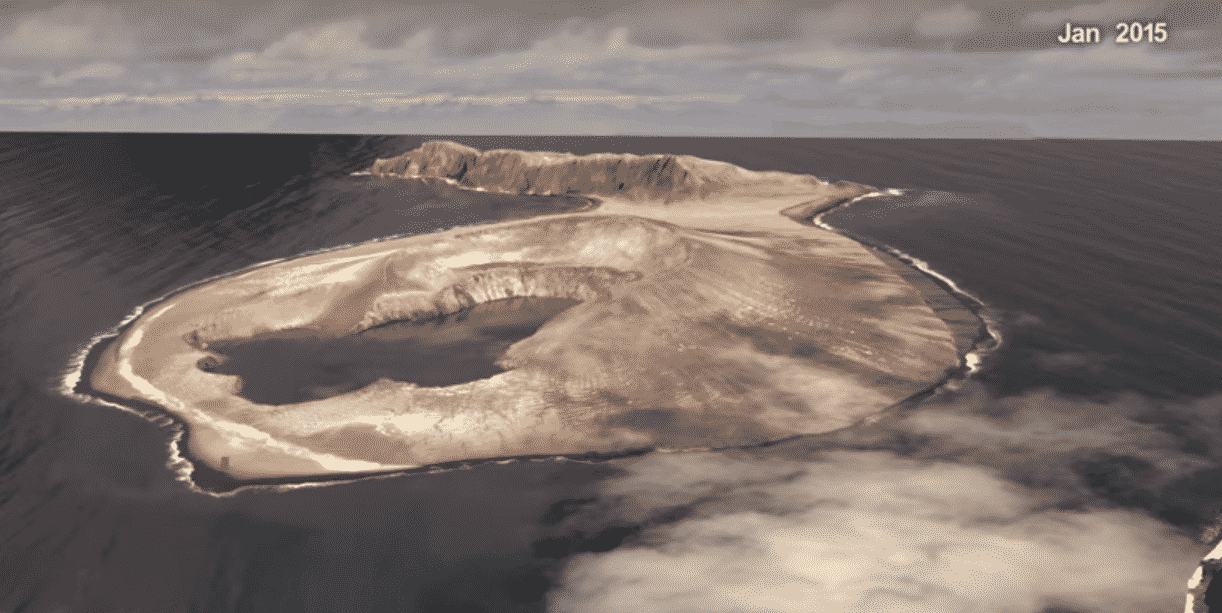 The island has been photographed regularly by satellites since January 2015. Over the years, satellite images have been able to capture the changes the volcanic island has undergone, like the formation of a sandbar as well as a land bridge that is now more than a quarter mile wide.

NASA scientists estimate that the island can survive up to 30 years. 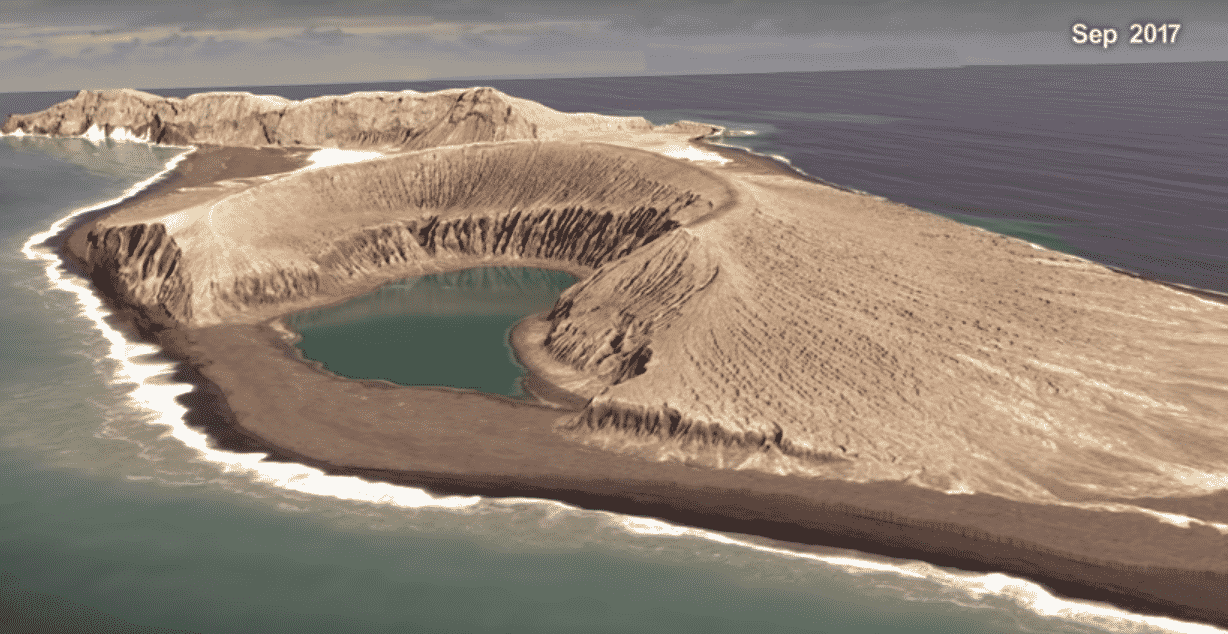 At first, after seeing the island rapidly lose mass in the first six months of its existence, the team predicted Hunga Tonga-Hunga Ha’apai would last only six years.

But the rate of mass loss decreased, which meant the island was stabilizing. 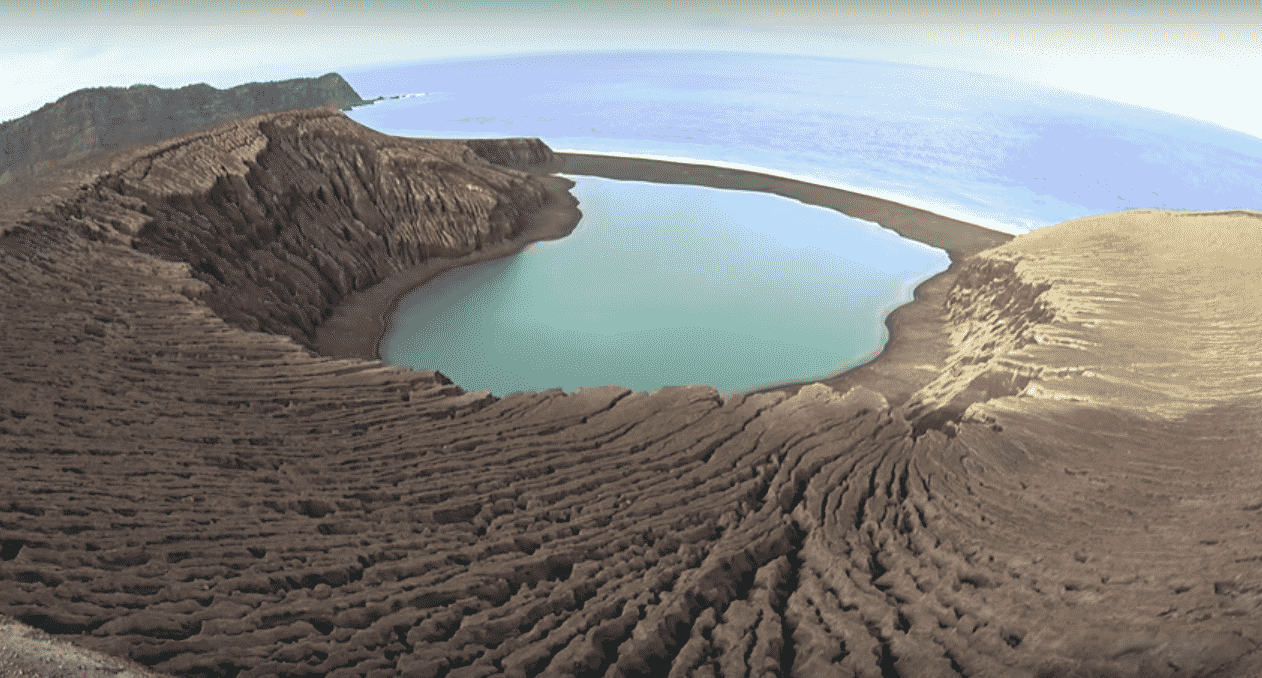 The NASA team is working with other scientists to further study the fascinating volcanic island. 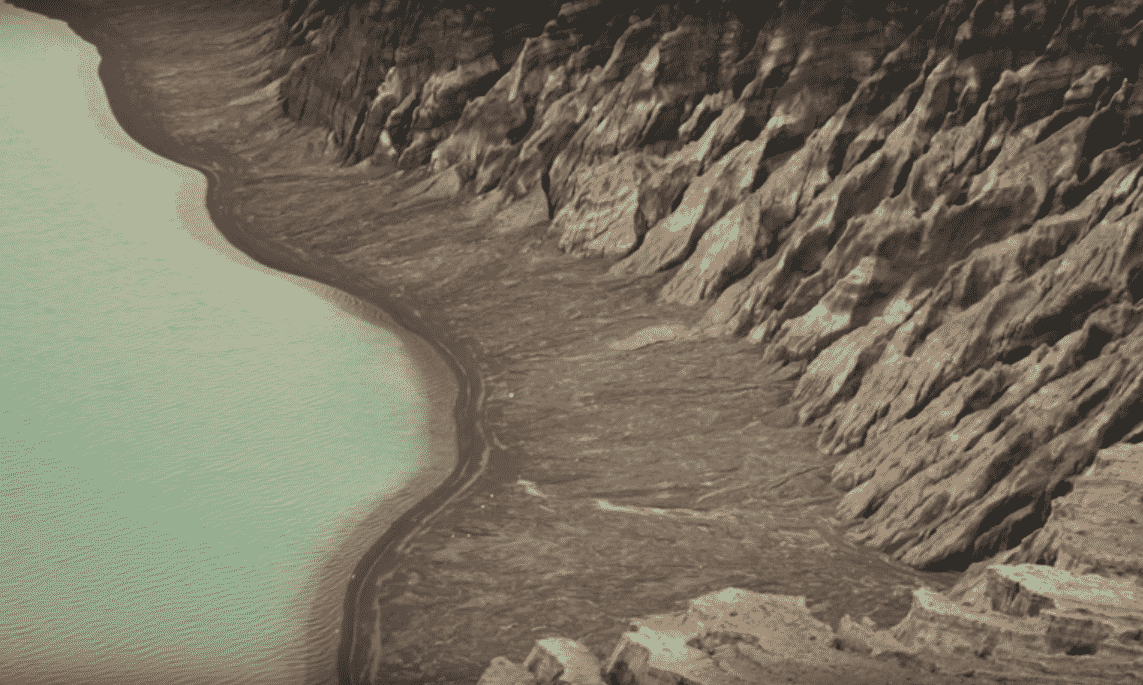 They hope to find out more about the new island and what’s happening underneath the water’s surface. 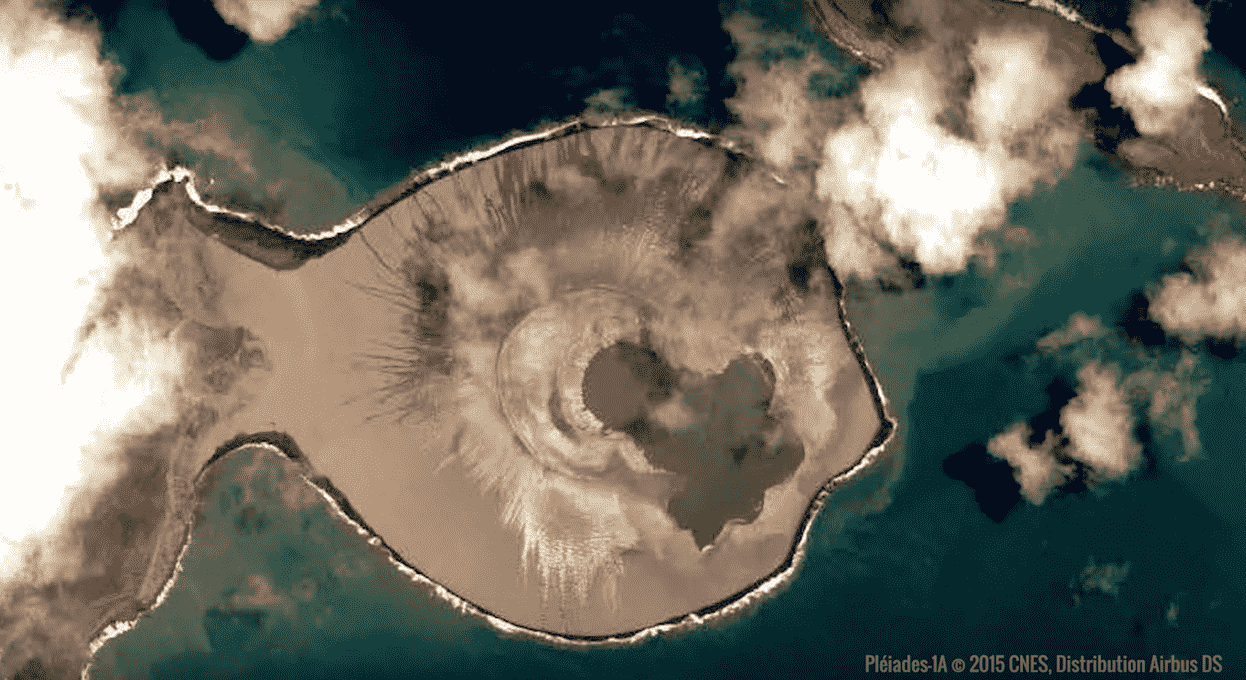