The Eastern European country of Croatia is known for its long coastline found on the Adriatic Sea. But the tiny island of Baljenac off the coast of Croatia is gaining some global attention in recent times because of the unique hand-constructed dry walls, which make the island appear like a giant fingerprint from above.

Located in the archipelago of Sibenik on the Dalmatian coast, the small island has a size of 1.4 square kilometers. The drywalls are measured at 23 kilometers and 357 meters. The construction of these walls is quite common in the history of Baljenac and what’s fascinating is that it didn’t require modern machines to make it happen.

This tiny island off the coast of Croatia looks like a giant fingerprint. 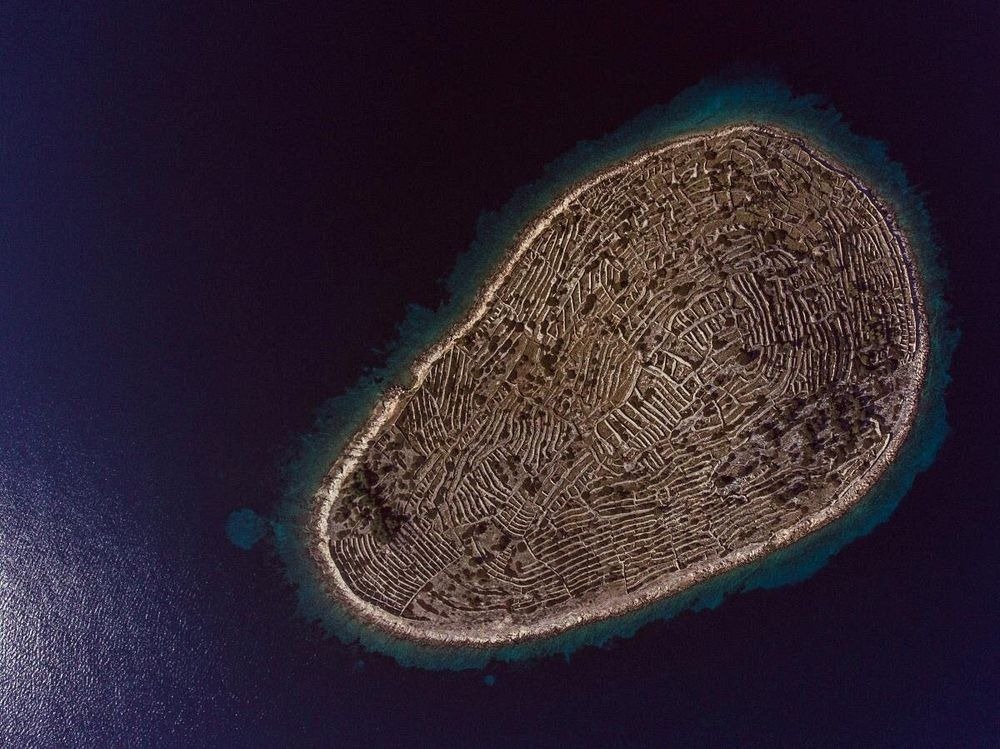 It’s also notable for the dry walls constructed on the island. 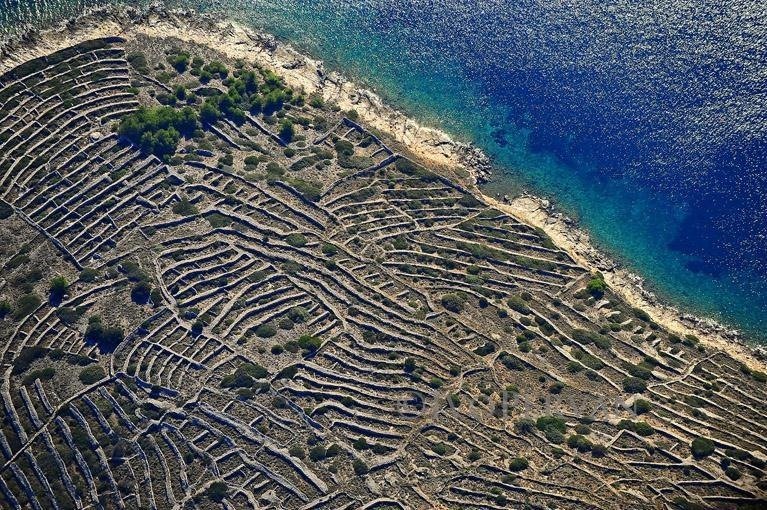 These walls were built centuries ago for the purpose of marking agricultural lands. 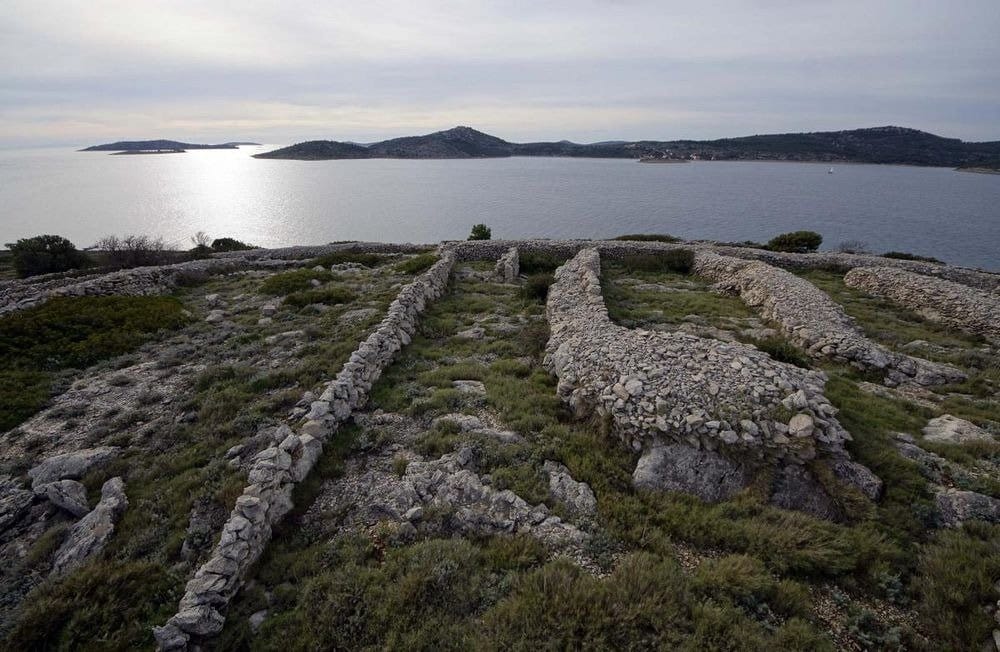 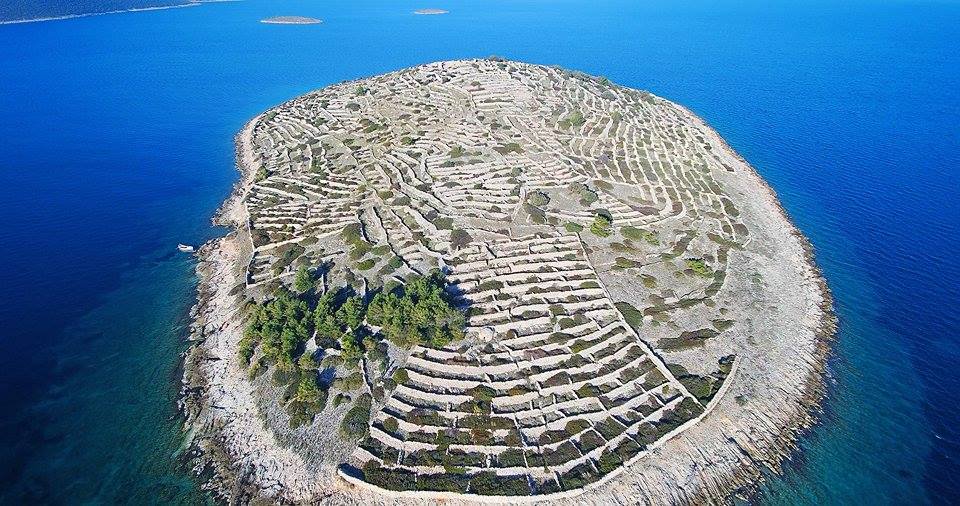 Builders didn’t use mortar to hold the stones in place. 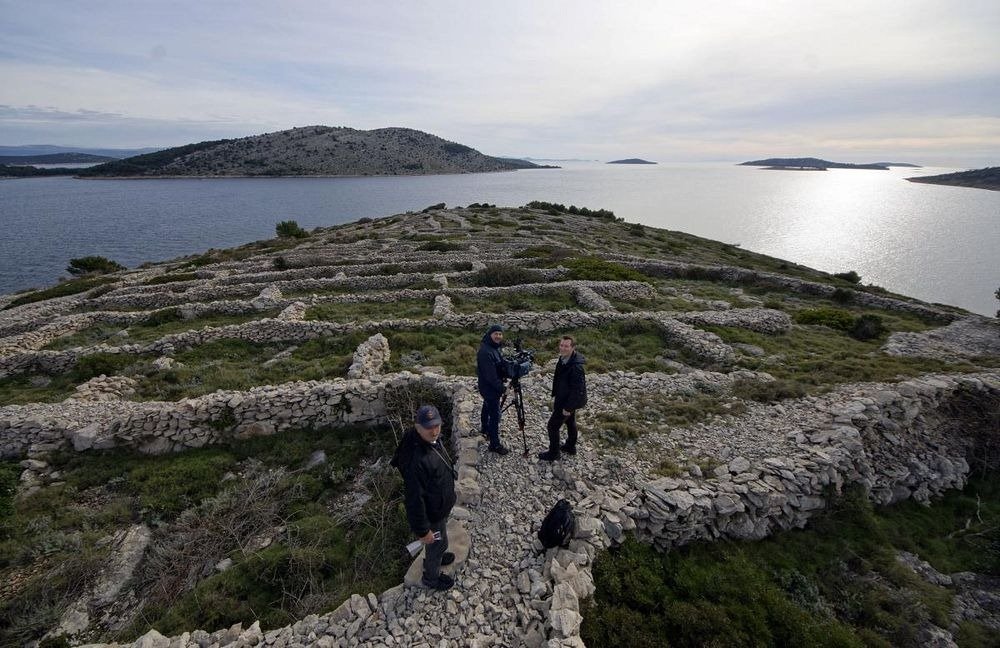 Instead, they carefully picked out stones and stacked them together so they fit perfectly. 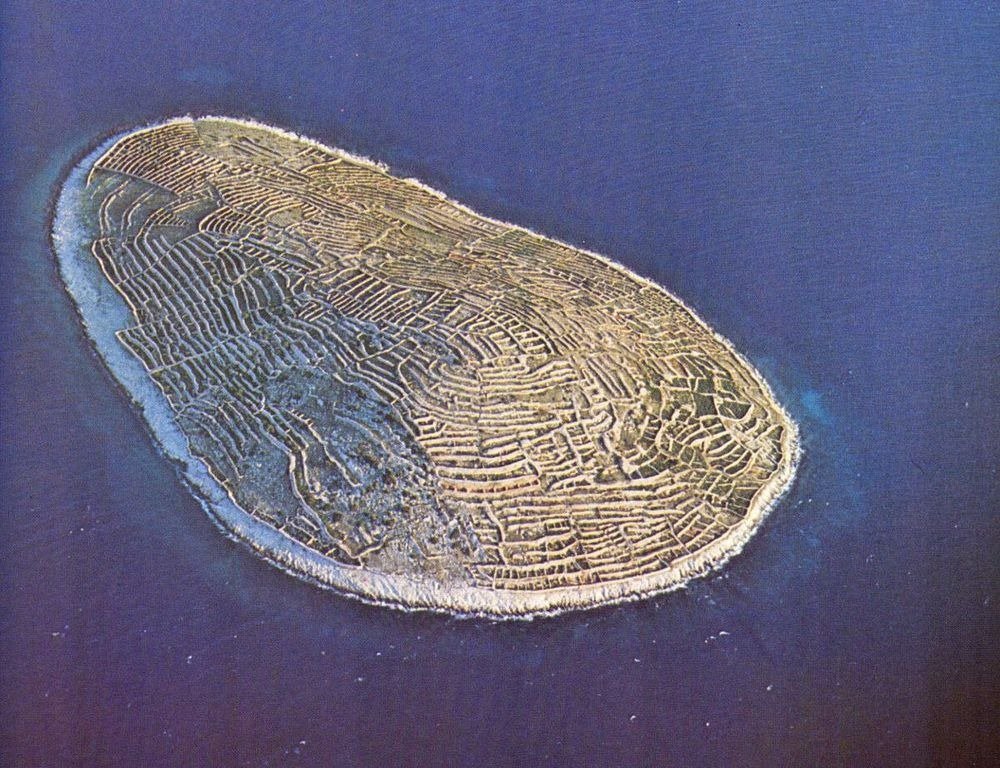 The builders of these drywalls were mostly locals from the neighboring island of Kaprije. One century ago, these people were active in handling the estates on Baljenac. Men would use rowing boats to transport the women to the wild shores. While men go out to sea, the ladies tend to the fields.

People back then endured the construction of the walls but there had been little interest on Baljenac in the modern times. The soil is starting to support the growth of a pine tree forest.

Just recently, though, the island has been given attention and the Croatian government had sent a letter to UNESCO to have Baljenac included in the World Heritage list to preserve the dry stone walls. Once approved, Croatia could soon be a popular tourist destination.