An expedition team of scientists were examining the active underwater volcano known as Kavachi just off the Solomon Islands in the South Pacific when they discovered something that shocked their socks off.

There are many living wonders in the world existing in the most unlikely of habitats, but what they discovered was something in an unprecedented scope.

Upon lowering a submersible robot equipped with a camera up to a depth of 147 feet to view the insides of the volcano’s caldera, footage captured living creatures in an environment where none should exist.

They saw sharks swimming inside the actual volcano! 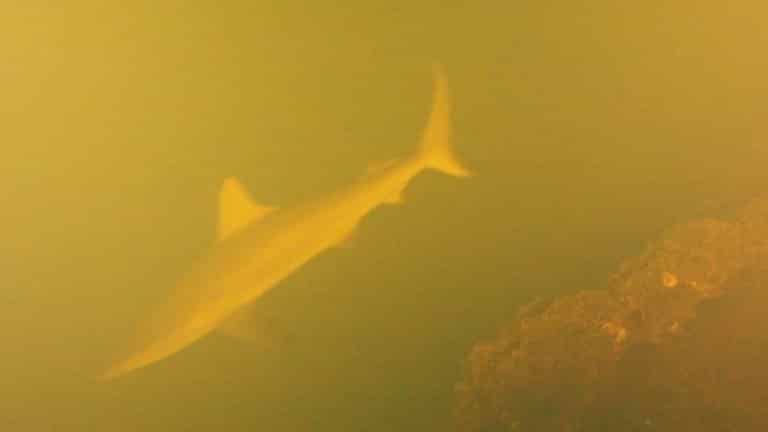 There was no way possible living things that large could possibly exist in the hot, acidic water where divers have reported mild skin burns.

The volcano in question had recently erupted in 2004, 2007, and 2014, making the scientist team’s expedition a dangerous one.

Steam pushes up during one of Kavachi’s eruptions. 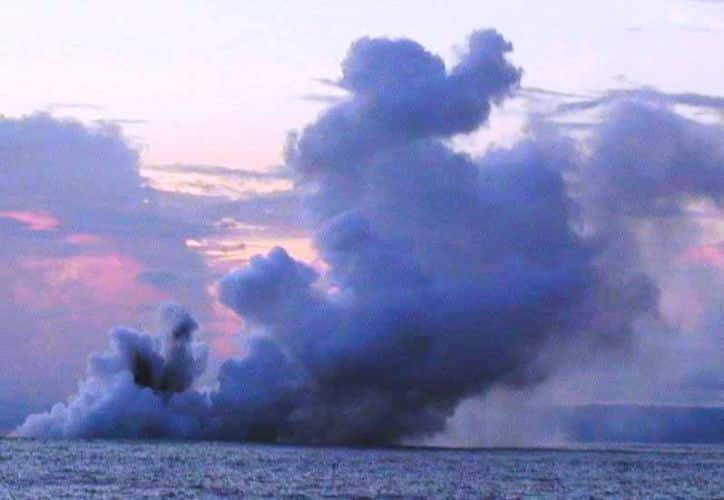 The wonder was compounded when footage from the underwater camera caught not only one, but several numbers of silky sharks, hammerheads, and the elusive Pacific Swimmer shark that has only been caught on video only three times previously. 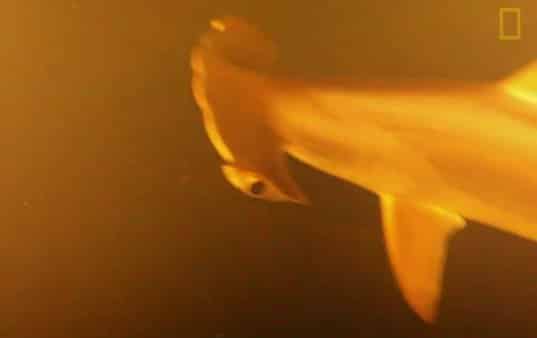 Of course, there were a number of other living creatures spotted, like a sixgill stingray, crabs and jellyfish, but the sharks brought up a huge number of questions over their very existence in the inhospitable environment. 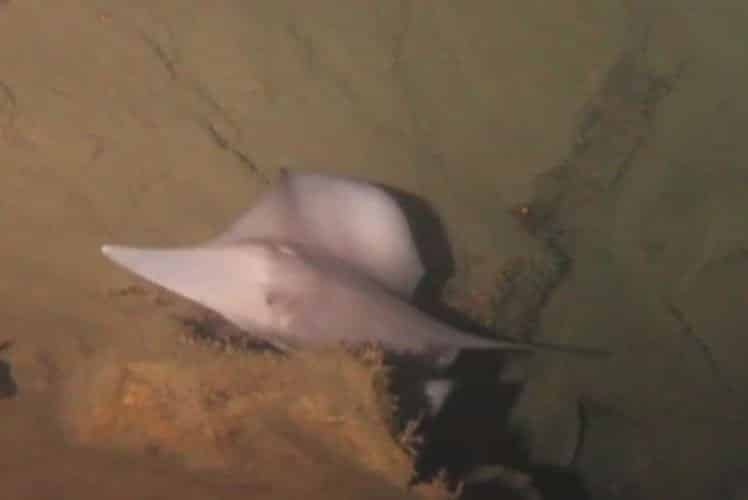 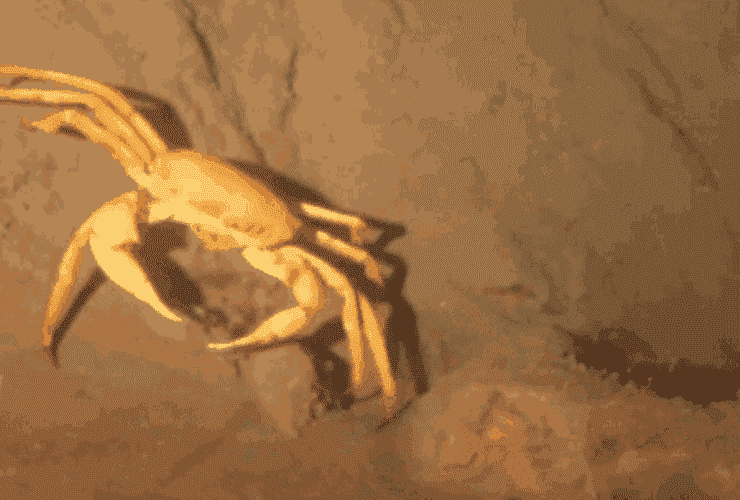 In the video, carbon dioxide and methane gas bubbles constantly rose from vents in the sea floor, making it a very extreme environment to adapt to. Even from the surface of the water, from as much as 10 miles away, the expedition team could hear the volcano rumbling.

Scientist Brennan Phillips, who led the expedition into Kavachi hopes to deploy camera instruments in and around the volcano’s crater on a longer term to observe the creatures closely in their adapted environment, and to answer some of the questions that arose from discovering the sharks swimming within.

…far away from their natural habitat 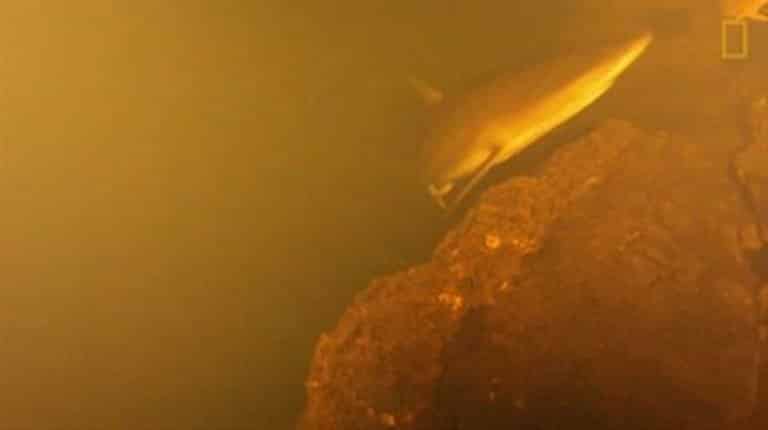 One of these questions relate to how misunderstood sharks are, and how much they have been preyed upon by humans. With over a hundred million sharks killed by humans every year, one in four of their species have become endangered.

On the other hand, if these creatures of the deep have found somewhere they could hide that’s inaccessible to their main predator – man, then it ultimately increases their chances of survival.

Watch the video from deep within the Kvachi volcano: