Apparently, a person or a group of individuals drilled a hole in their carapaces, chained them together, and secured the metal link with a padlock.

The animals were then left to suffer. 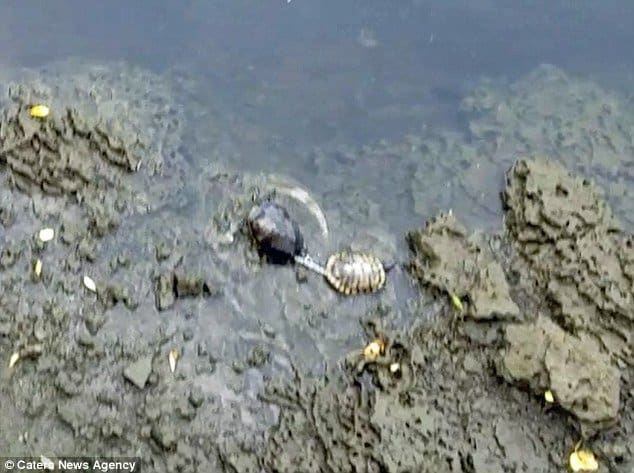 Oakes knew they need to act fast; blood was flowing out of the animals’ bodies due to the hole in their flesh. Moreover, they could drown. So, he rushed down the embankment to help them while Peter filmed the rescue. The latter also dropped Oakes a pen knife to free the tortured animals. 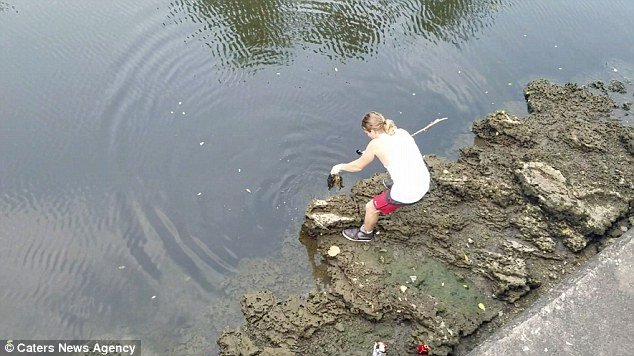 In the 3-minute video uploaded by Oakes on YouTube, Peter said, “Trying to save a turtle. I’m looking over here, he noticed it. F****** chained together. 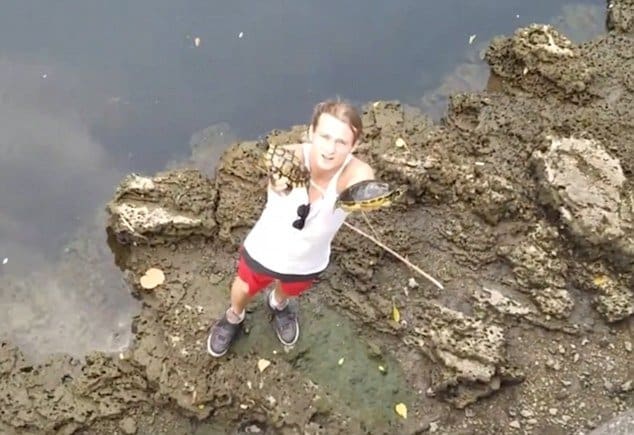 “It’s just unbelievable, look at this. Someone put holes in them and f****** chained the turtle it’s crazy they’re trying to swim and are drowning.”

After successfully pulling the chain apart, Oakes threw them back in the water. 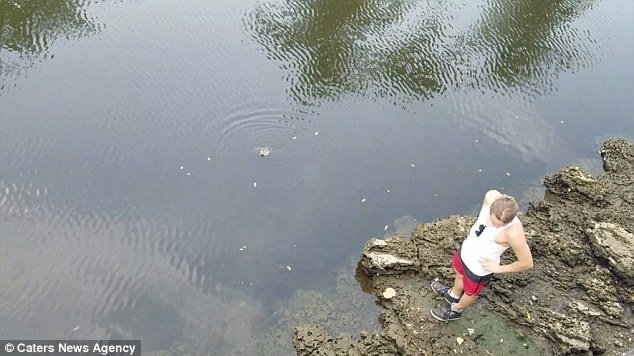 He also threw the chain and the padlock over for Peter to see. 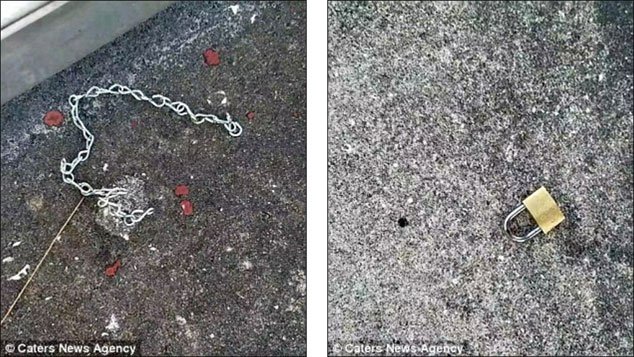 Oakes later said, “This would be a torturous way of killing the two turtles,” the Daily Mail reports.

“They would have eventually starved to death if they were stuck like that much longer.

“I’ve helped animals get out of stupid positions before, but I’ve never seen an animal suffering abuse like that before.

“At first glance, I thought I was just seeing two turtles chilling out on the rock, but then I saw the chain and pieced it together.”

Michael Oakes also thinks that the person or persons who did it are probably locals. It is likely that they used an electric drill to bore holes in the reptiles’ flesh.

“I want the person who did this to know that basically everyone who sees this video wants to kick their a**.

“They better stop it now before they risk going to jail or getting hurt when they get caught doing this to animals,” he said.