These fans loved Disney/Pixar’s “Toy Story” so much they redecorated their bedroom exactly like Andy’s.

Two brothers who grew up idolizing Andy from the Disney/Pixar franchise, “Toy Story” decided to build an exact replica of Andy’s room down to the last detail.

Can you tell if this is the real one or the replica? 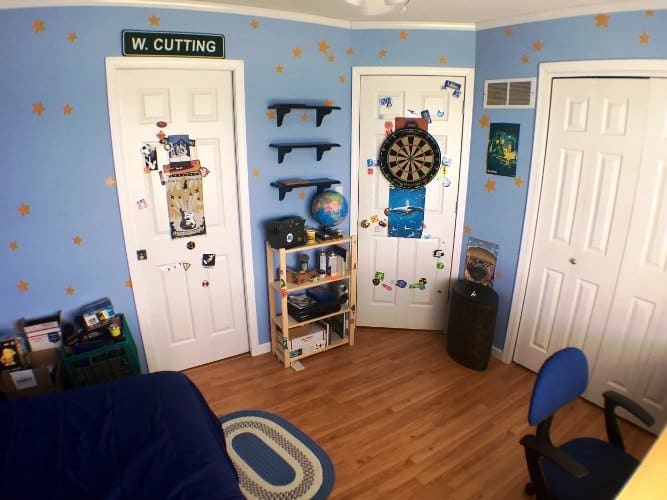 (Hint: its the replica.)

Morgan McGrew, 19, and his 16-year-old brother, Mason have been watching the “Toy Story” movies since the first one aired in 1995 when they were toddlers, all the way to “Toy Story 3” in 2010, observing Andy Davis grow from a young boy to a young adult.

To pay homage to their favorite animated character, Morgan and his friends, who were later joined by Mason, decided to redecorate their room, Andy-style, based on frame-by-frame images of the bedroom from “Toy Story 3.”

Such was the level of detail Morgan and Mason put into recreating Andy’s room that it finally became difficult to tell the original from the replica.

This is the original Andy's room complete with angsty teenaged Andy… 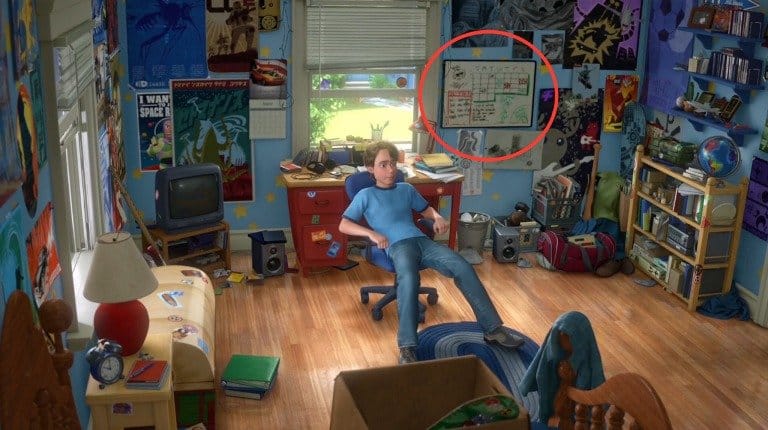 (Note the whiteboard on the wall behind him.)

This is the recreated whiteboard, complete with all of Andy's desk details. 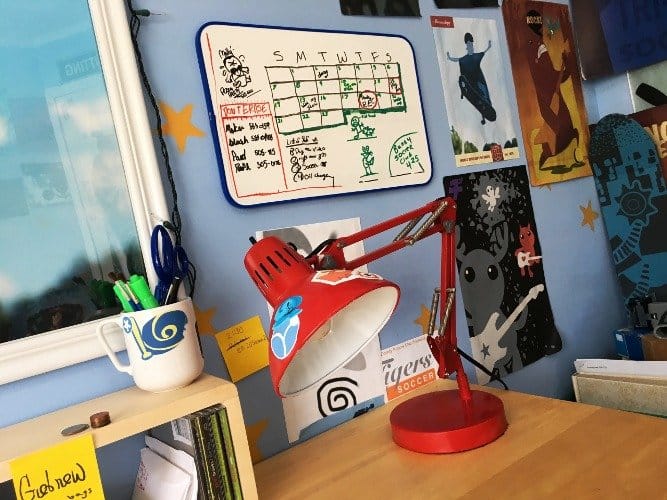 (Has any teenager’s room ever been so clean and neat?)

This still is from the animated film. 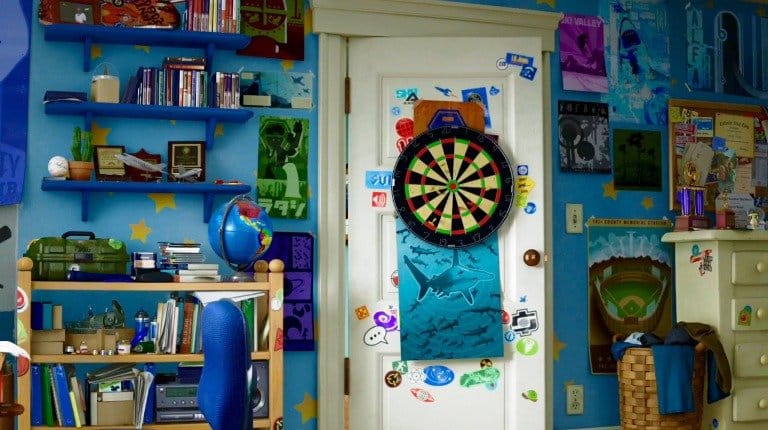 (Take a long look at Andy’s enviable dartboard, complete with his smorgasboard of randomly placed stickers and posters.)

…now observe Morgan and Mason's recreation of the same dartboard… 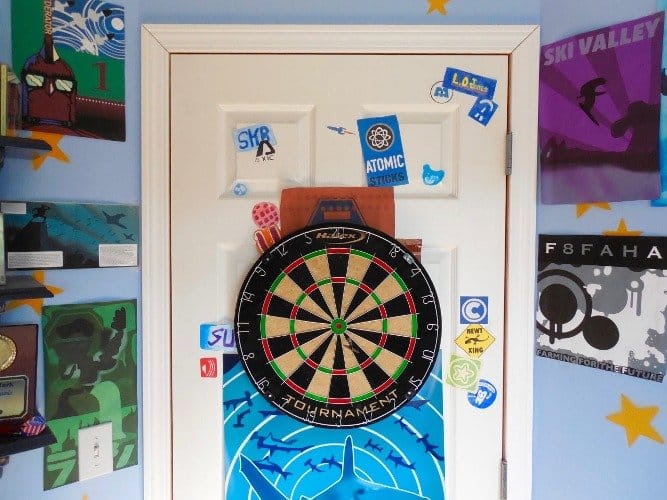 (Can you tell the difference?) 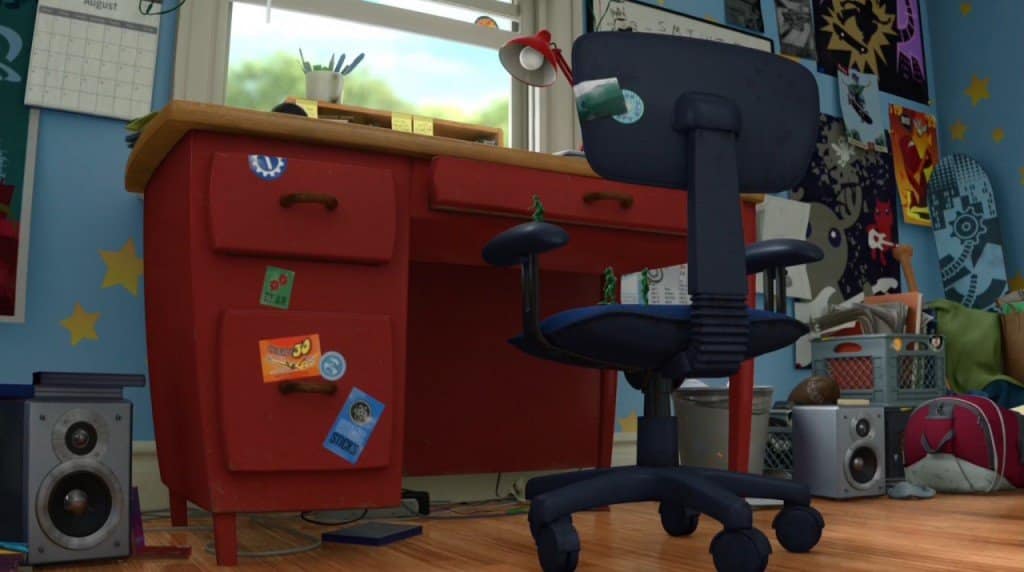 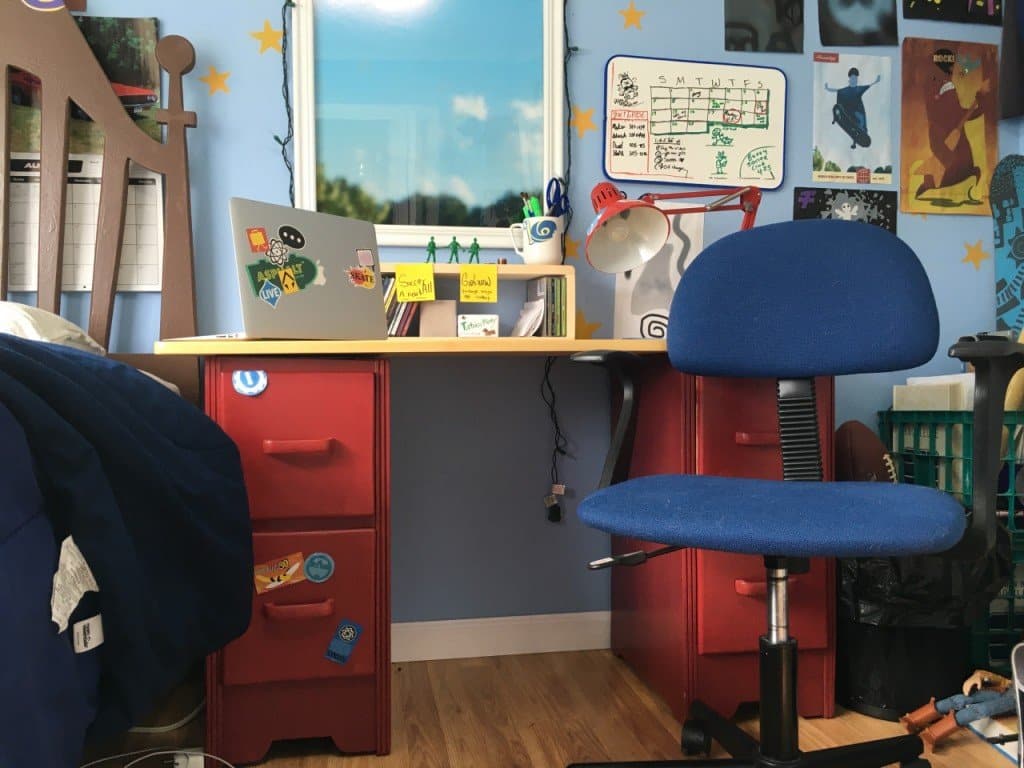 (You can even see Woody’s legs at the lower right corner of the photo.)