Look into an aquarium or into a koi pond and you’ll marvel at how harmless those groups of goldfish and koi look like as they swim prettily in the waters. Perhaps you’re tempted to scoop your pet goldfish and set him free on the lake, praying that the bigger fishes won’t prey on it.

A Pet Fish That Grew Into a Feral Aquatic Killer! 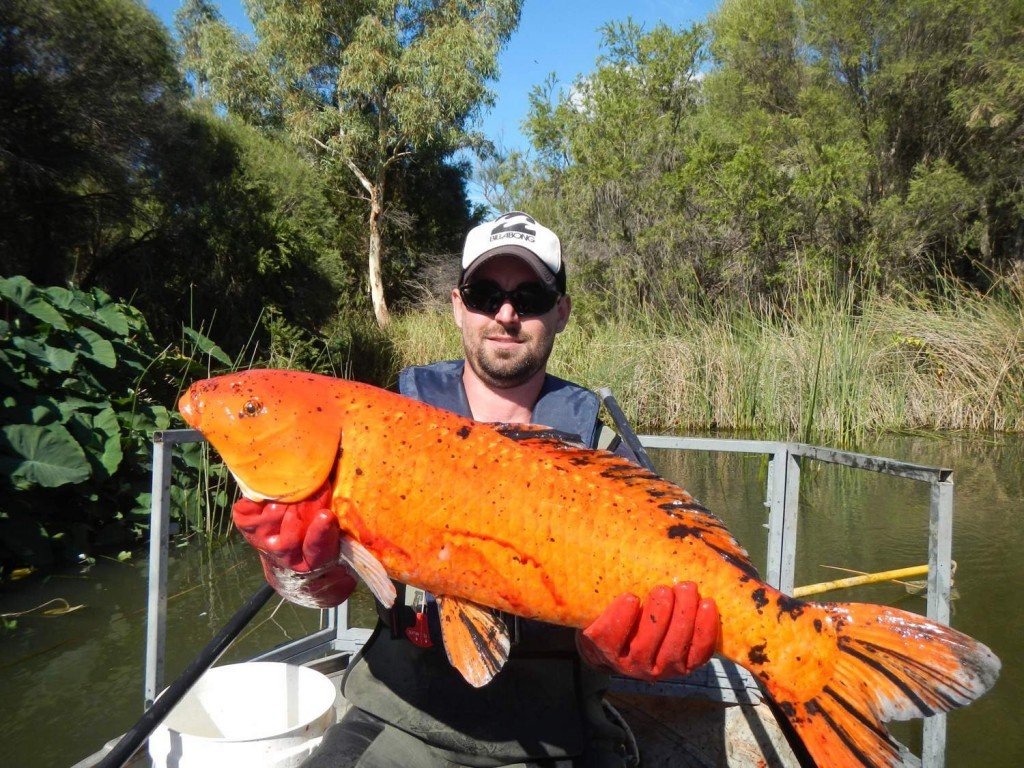 This is a big, bad feral killer that will eat up the food resources and destroy the ecosystem of lakes and rivers. It can also become the source of exotic diseases, according to the Freshwater Fish Group and Fish Health Unit of Murdoch University. See, when a goldfish or koi is confined to a bowl or aquarium, it will remain in that small size we’re accustomed to seeing. Now when it is freed into a larger environment such as rivers and lakes, its growth can go out of control and wreak havoc on the habitat occupied by native fish. Once it settled into its new environment, it can become quite impossible to eradicate it.

So if ever you find yourself wanting to give your pet fish its freedom, just think of the hundreds or even thousands of fish you’ll be endangering in the process.