Three castaways who feared they’d never get to see their loved ones again were luckily rescued after being stranded on a remote island in the Pacific for three days.

A Navy P-8 aircrew spotted the sailors due to an age-old tactic that the trio decided to use—spelling out the word “HELP” using palm fronds on the shore. They also waved their bright orange life jackets to get the attention of the passing airplane. 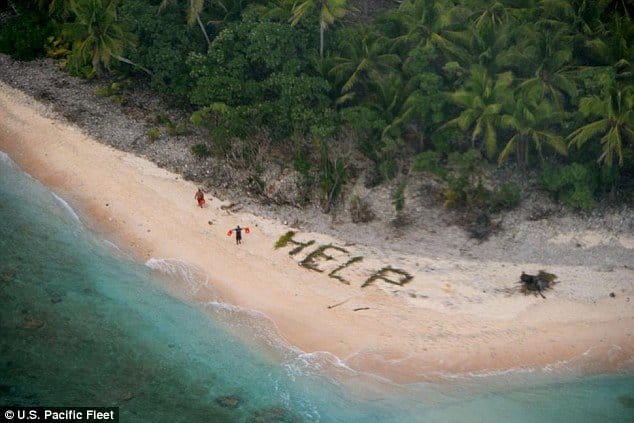 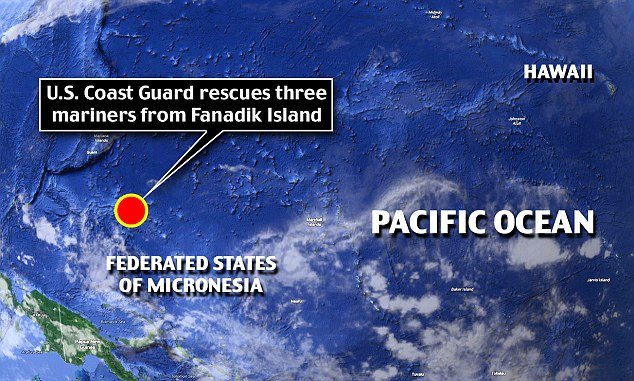 It was only supposed to be a three-hour sailing trip. They were headed to Weno Island—a Micronesian atoll in the state of Chuuk. But then, their 19-foot flat-bottomed boat was caught by huge waves, and it capsized four nautical miles into their journey. The men were forced to swim toward a deserted island known as Fanadik, one of more than 600 islands in Micronesia. 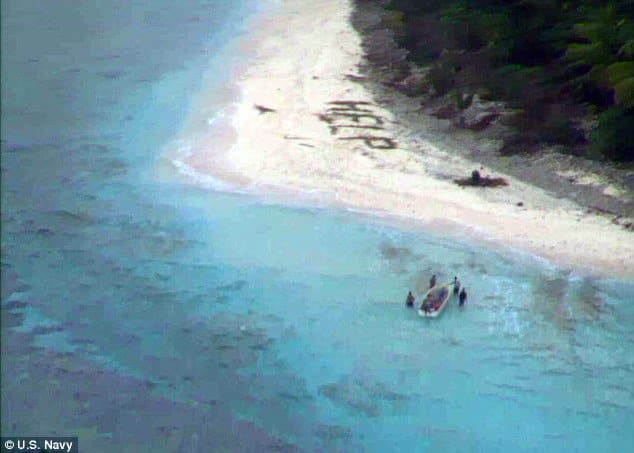 According to Chief Petty Officer Sara Mooer, spokesperson for the US Coast Guard, the men had to swim two miles to shore at night. 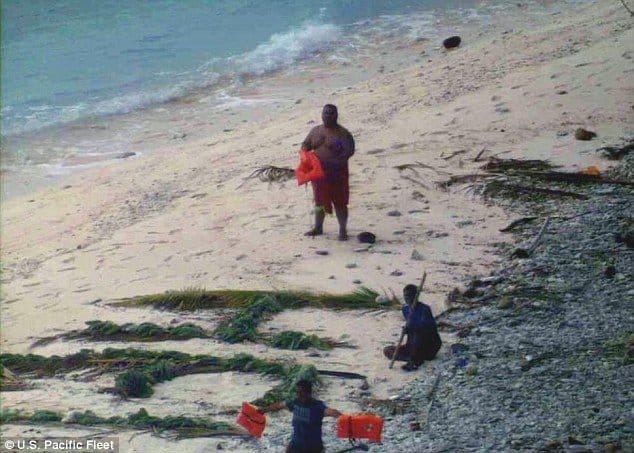 The Coast Guard was notified when the sailors failed to show up for their flight in Chuuk, and four ships were deployed to track the missing men’s route. Brilliant Jupiter and Ten Yu Maru—two Automated Mutual-Assistance Vessel Rescue or AMVER—joined the Coast Guard and the US Navy on the search. 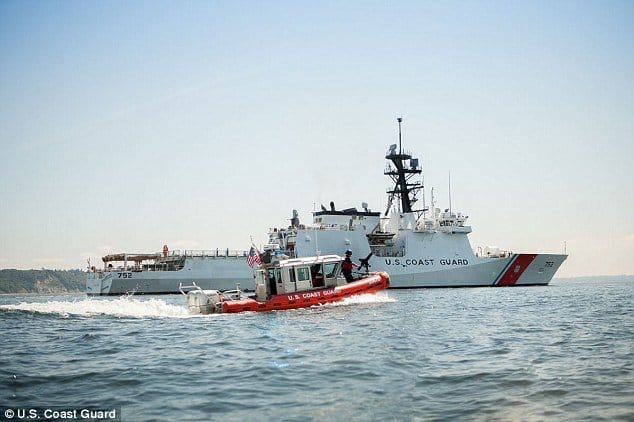 “The Coast Guard 14th District covers an area of responsibility more than 12.2 million square miles of land and sea, an area almost twice the size of Russia.

“Oftentimes, we are thousands of miles away from those who need help and because of that our partnerships with the Navy, other search and rescue organizations, partner Pacific nations and AMVER are essential,” Jennifer Conklin, search and rescue mission coordinator at the Coast Guard Command Center Honolulu, said.

The US Coast Guard has since carried out seven separate search and rescue missions in the area, and these rescue efforts have helped save 15 lives, Mooer told CNN.

“There are not a lot of resources in that region. It’s very small and very remote,” Mooer said.

To help the Coast Guard on their mission, a Navy P-8 aircrew operating out of Misawa Air Base in Japan was launched. Two hours after, the officers found the missing men. 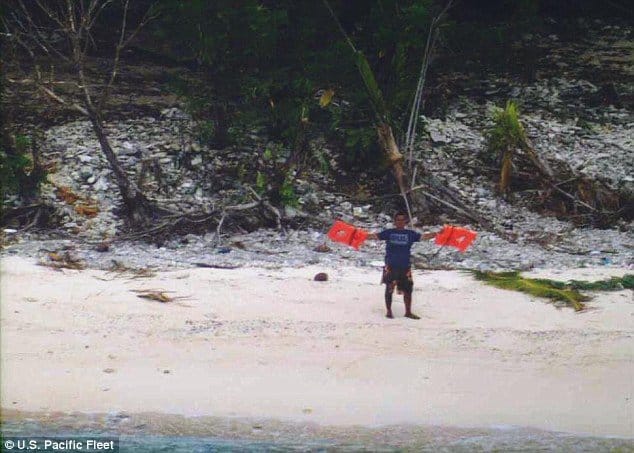 “They had the word ‘help’ spelled out and were waving their lifejackets,” Petty Officer First Class Michael McCandless said.

The men were taken to the island of Pulap while the search and rescue watchers in Guam notified their families about the good news. 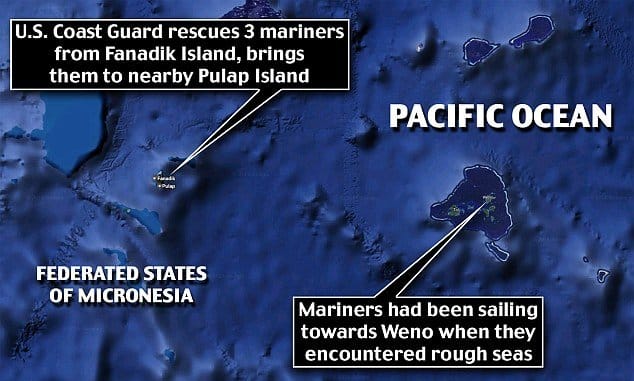 “Our combined efforts coupled with the willingness of many different resources to come together and help, led to the successful rescue of these three men in a very remote part of the Pacific.”