Holland Island is an island that used to be found in the Chesapeake Bay in Maryland, and was slowly swallowed by the waters. The island’s residents, once reaching the population of 360, were forced to seek refuge on Maryland’s mainland between 1914 and 1922 due to rising water level and strong winds. The last house in the island sunk on October 2012, after being dismantled by a raging storm.

Now, another island in the Chesapeake Bay is foreseen to suffer the same fate as Holland Island. Smith Island, with an estimated population of 276, is the last remaining inhabited island in the said bay. A report published by the Maryland Department of Natural Resources in 2008 predicted that Smith Island will be completely underwater by the year 2100 as the average water level rises at about one foot.

The last house in Holland Island. 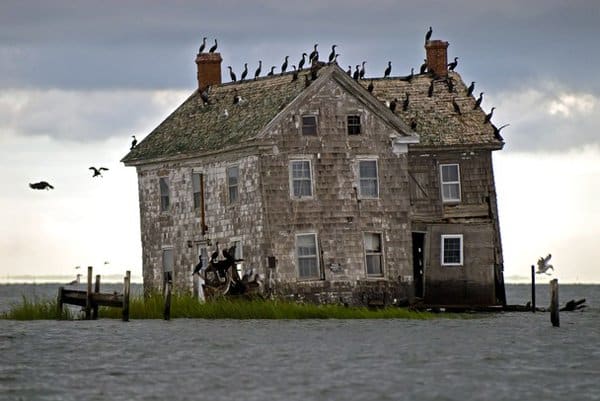 The Maryland government has been trying to buy land off the residents and have them relocated to the mainland. However, only a small number of them agreed to sell their land as most of the residents do not believe the predictions and the fact that the glaciers are melting and the water level continues to rise.

Smith Island is predicted to be completely underwater by year 2100. 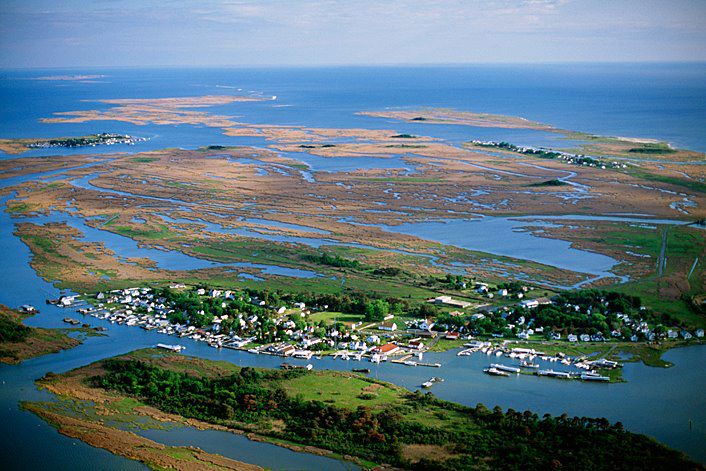 But (mind you, this is a huge but), global warming isn’t content with swallowing two small islands in Maryland. According to the Natural Resources Defense Council, “Scientists at the Center for Atmospheric Research predict that if the current rate of global warming continues, the Arctic could be ice-free in the summer by 2040.” Should the polar ice caps continue to melt at this rate, the Gulf Coast, the entire state of Florida, and the whole Atlantic seaboard would disappear.

At this point, what might be holding the residents of Smith Island from leaving the place?

We think it boils down to love and attachment. Maybe the residents can’t imagine leaving their homes behind. Or maybe their love for the legacy and the lifestyle that they’ve grown too accustomed to is enough for them to disregard any warnings.

Smith Island is the only inhabited offshore island group in Maryland. 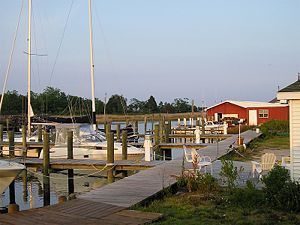 However, there are times that we may need to embrace change, particularly if the situation warrants it. We may need to forego our belongings and leave places that gave us the best memories for the better. Because our memories will not stop the polar ice caps from melting, and neither will our love for our legacy stop the water levels from rising. What we need is an open discussion to help the people realize the importance of relocation and the urgency of the situation. Also, we need to heighten the campaign against global warming as each of us can contribute in our own little ways.

Surely, our small efforts combined can have a great impact in our environment.