Zoos have rules and for the most part, they are implemented to ensure that zoo visitors do not get hurt by wild animals. Besides, interacting with some animals can be life-threatening.

For this story though, we see that breaking the rules is sometimes necessary to save a life.

Rick Swope, a husband and a father of three, decided to risk his life as he jumped over Detroit Zoo’s forbidden fence – and straight into the murky water – to save Jo-Jo, a drowning chimpanzee.

Other guests in the zoo were left in shock and awe as they watched the brave 33-year-old man do the impossible feat. It was a sure danger for Jo-Jo since chimpanzees, by nature, cannot swim. Also, it should be noted that such animals are usually aggressive and are about 3 to 5 times stronger than humans. So Rick was at risk as well.

33-year-old father of 3 Rick Swope jumped over the forbidden zoo fence to save Jo-Jo, a drowning chimpanzee. 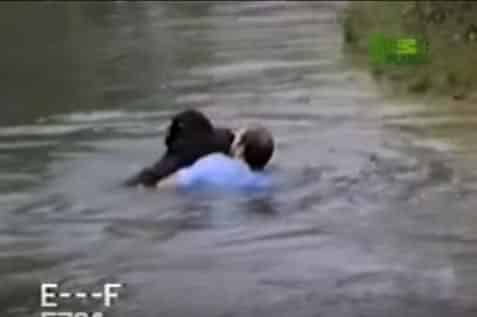 According to the reports, Jo-Jo was playing with another chimpanzee when he accidentally fell into the water. Rick was with his family at the time when they heard the splash. Despite being warned by zoo staff, he instantly threw himself into the water to perform a daring rescue.

Rick said, “everyone just stood and watched as the monkey was drowning” so he immediately sprung into action.

“Everyone just stood and watched as the monkey was drowning,” Rick said. So he decided to do something about it. 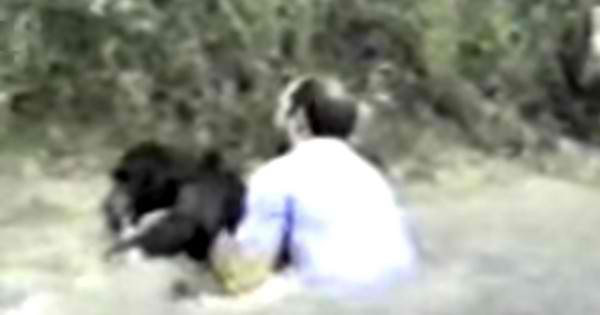 In an interview with The Chicago Tribune, he described the experience this way:

“The water was so dirty, so I could not see anything. I dived down and swam to the bottom. In the end, I saw him.”

Although the incident has happened 26 years ago, the story found new life as several news websites have shared it online. If you check the YouTube video, the clip is getting a lot of new comments and views as well.

Meanwhile, our hero wouldn’t even want to call attention to himself. He said:

“It was no big deal. I reflected not so much of it. I had the possibility to save him, so I did it.”

Our deepest respect to you, Rick! People like you definitely restore our faith in humanity.