Microsoft founder Bill Gates once said “I will always choose a lazy person to do a difficult job… Because he will find an easy way to do it.” Perhaps the story below perfectly shows us that very thin line that divides laziness and brilliance.

This is about an unnamed programmer who wrote a bunch of software scripts to automate several tedious tasks – such as replying to a client, sending messages to his wife, and even making coffee. His secret codes were finally discovered by former coworkers after he left his job for another company. 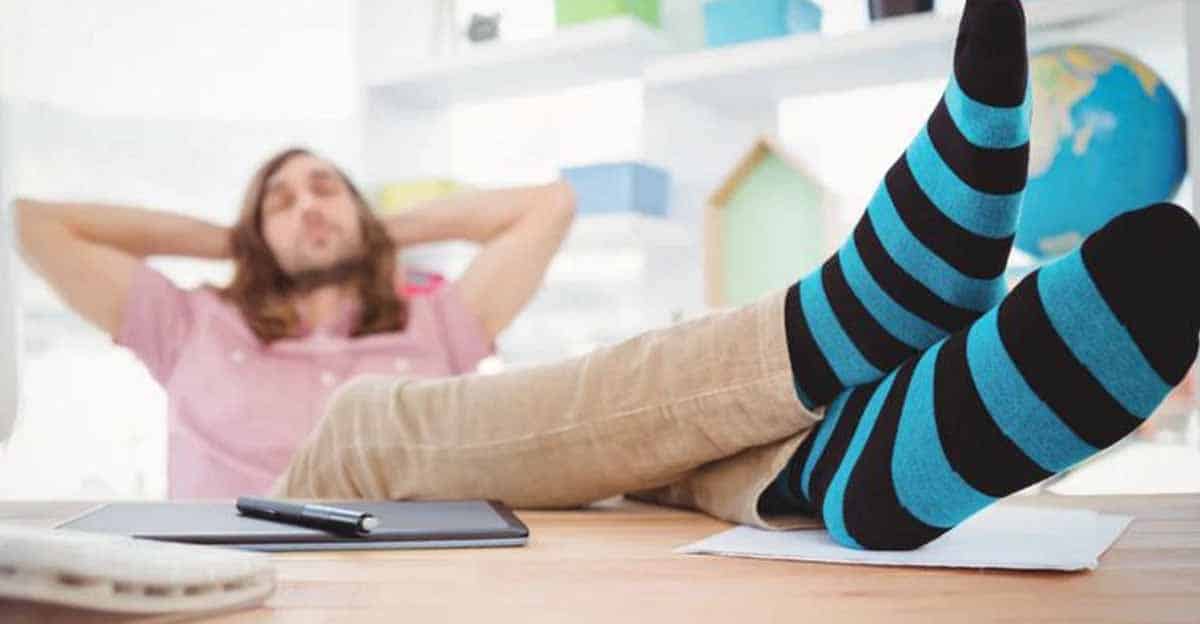 While some of his scripts have NSFW names, you’ll be impressed and amazed by this dude’s ingenuity. To sum it all up, Narkoz said that the script creator was the kind of guy who will write a script to automate things “if something – anything – requires more than 90 seconds of his time.”

According to JitBit, this was how some of the scripts worked:

1. smack-my-b%#*h-up.sh – This sends a text message to his wife that says he is “late for work” and then automatically selects from a string of random reasons to go with it. This message sends when it’s already past 9PM and there are still active SSH sessions on the server.

2. kumar-a%$hole.sh – This one scans his inbox for any email messages from Kumar, one of the company’s clients, and looks for keywords such as “help,” “trouble,” “sorry,” and others. If the keywords are detected, the script SSHes into the clients server and retrieves the latest backup. It will then send a reply message saying “No worries, mate. Be careful next time.” Whoever that Kumar guy is, it’s obvious this programmer dude didn’t like him.

3. hangover.sh – Another epic script. This sends automated emails to his boss saying he’s “not feeling well/gonna work from home” etc. It also attaches a random reason. This one works if there are no active sessions on the server at around 8:45 AM. Judging by the script’s name, however, it’s obvious he wasn’t really sick.

4. fu&^%ngcoffee.sh – This is definitely the most epic. The script waits 17 seconds then opens an SSH session to the office’s coffee machine. After that, it sends some codes to it (no one knew the machine is on the network and runs on Linux) and waits at 24 seconds before pouring coffee into a cup – that’s exactly how long it takes for the guy to walk from his desk to the machine.

The scripts are available online at the GitHub website. 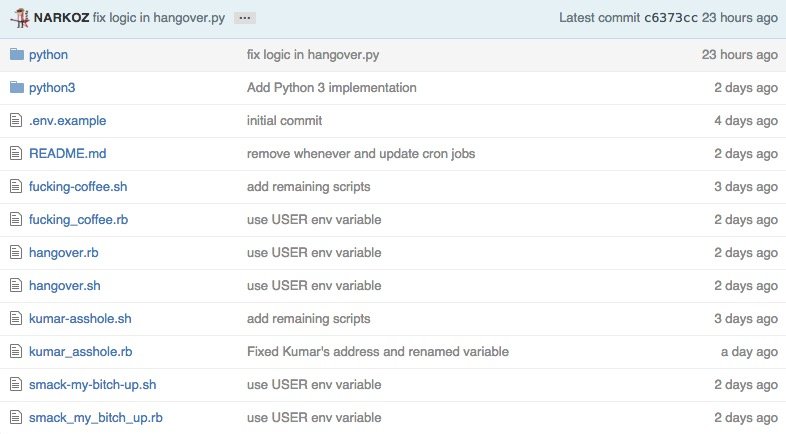 Plain lazy or mad genius? We’ll leave it up to you to decide! Either way, feel free to check out the GitHub website for the complete codes.