The human race is probably the most interesting race in the world. Us, humans, have had one of the richest history, and we can trace that line back from whenever, AD, BC, thousands of years ago. Religion has also been one of the biggest historical value humans have, and it is impeccable how many religions and practices are present not just today but even before. One of this fascinating religion is Hinduism, a religion that flourishes until now especially in the country of India.

Now, Hinduism is a great practice and it has the most aesthetically beautiful temples for praying. One that stands out the most is the Padmanabhaswamy temple in Thiruvananthapuram. It is a temple dedicate for Lord Vishnu, who, in Hinduism, is the creator of the universe.

Padmanabhaswamy Temple towers above the urban area of Thiruvananthapuram 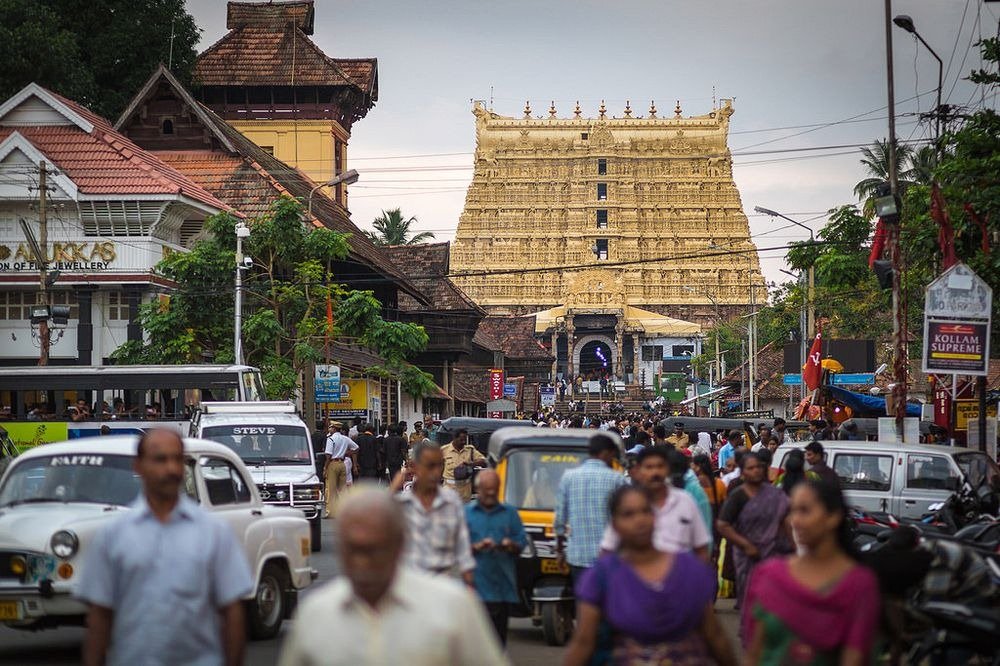 Padmanabhaswamy temple is not only beautiful on the outside but it is also full of secrets. The temple has one of the richest hidden treasure in the world. Because it was built for Lord Vishnu around 5,000 years ago, many royal families, dynasties and dynasties of royal family have offered gifts to Padmanabhaswamy temple. People from Mesopotamia, Greece, Rome, and other parts of the world would come and place their offerings here.

In many Hindu text, Padmanabhaswamy temple is referred to as the “Golden Temple” and has been described to have walls made out of gold and this seemingly is not far from the truth. Over the years and years of people worshiping and offering gifts to this temple, this gifts have accumulated so much that according to researchers now, the treasures in this temple could over be worth more than a trillion dollars.

The temple is manned and have been kept safe by the Travancore Royal family but in 2011 the Supreme Court of India ordered the family to reveal the hidden treasures of the temple. The temple has six chambers and five of them were opened. There were numerous golden artifacts inside the vaults, artifacts like a pure golden throne embellish with all kinds of gems, hundreds of tiaras, 800 kilograms of gold coins, an 18-foot-long pure gold chain, a gold sheaf weighing 500 kilos, more than 2,000 gold ornaments and many more.

A minute portion of the treasures in the opened vaults 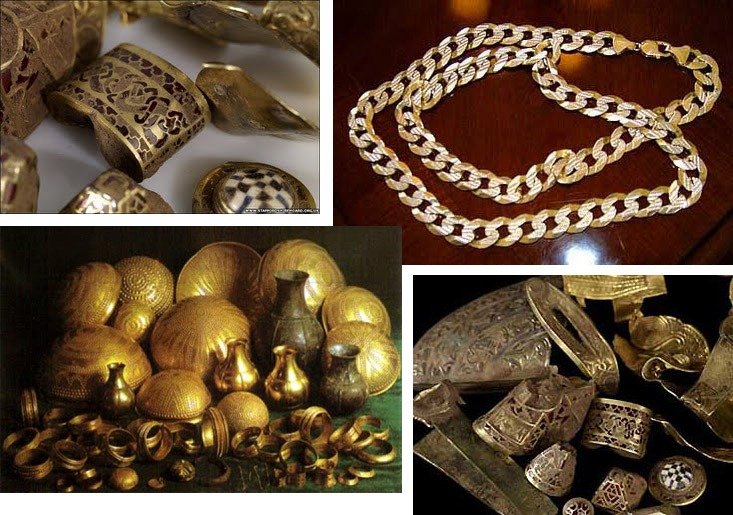 A pure golden statue of Lord Vishnu found in the vaults 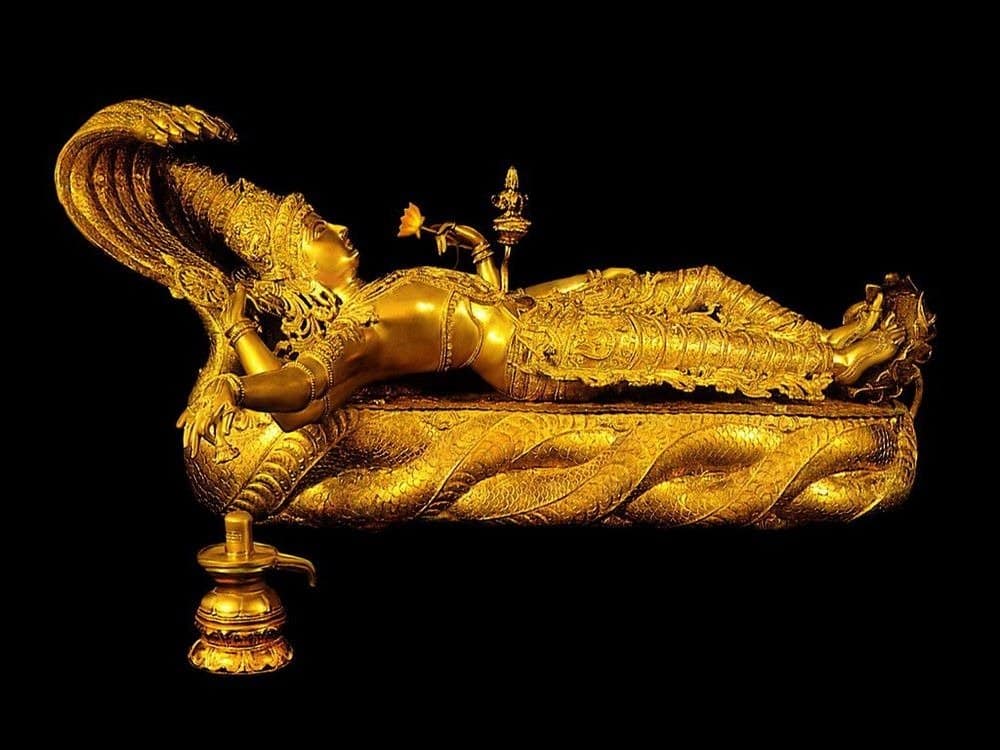 If put in terms of money, the five vaults that were opened would have a treasure amounting up to 20 billion dollars without the historical value.

Up close on the walls of Padmanabhaswamy temple 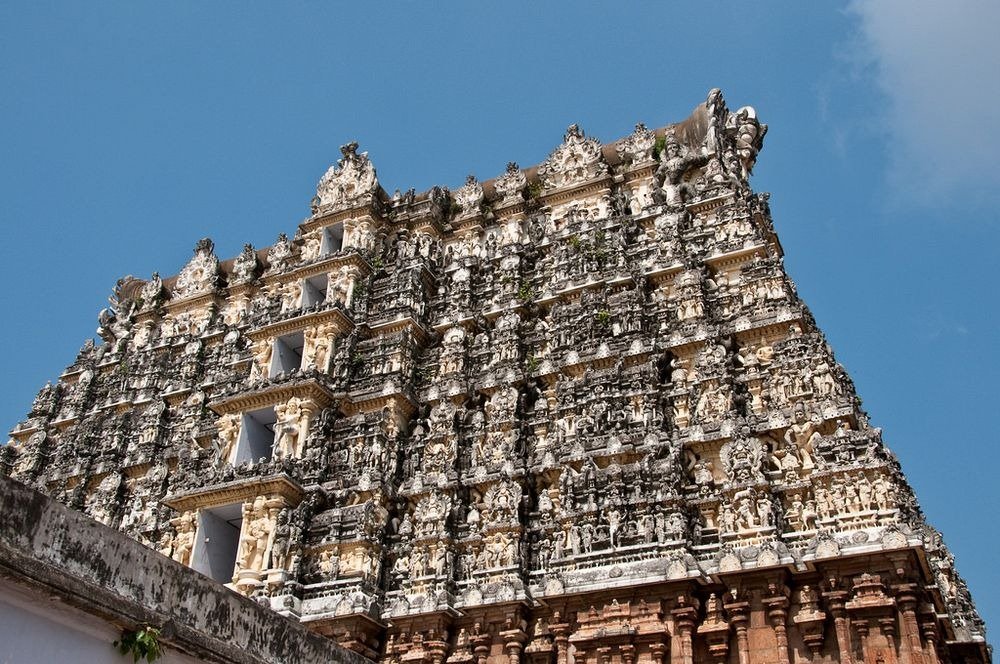 However, the most interesting one is the 6th vault, or Vault B, which is rumored to be the biggest and the richest of all the vaults in the temple. The Travancore Royal Family revealed that the treasures in Vault B might have a total price tag of a trillion dollars. If this does bear truth, then Vault B in Padmanabhaswamy might hold the biggest hidden treasure in the entire world.