For all our female Muslim readers out there – have you ever been refused by an airport (or any establishment, for that matter) just because you were wearing a hijab? Aghnia Adzkia, a student from Goldsmith University, experienced exactly that and she’s totally not happy about it.

According to the Indonesian national, she was catching a plane bound to London but airport security did not allow her to board. The reason, as mentioned above, was all because of her wearing a headscarf. They asked her to remove it so they can check it.

Muslim student Aghnia Adzkia was refused by airport security for wearing a hijab. 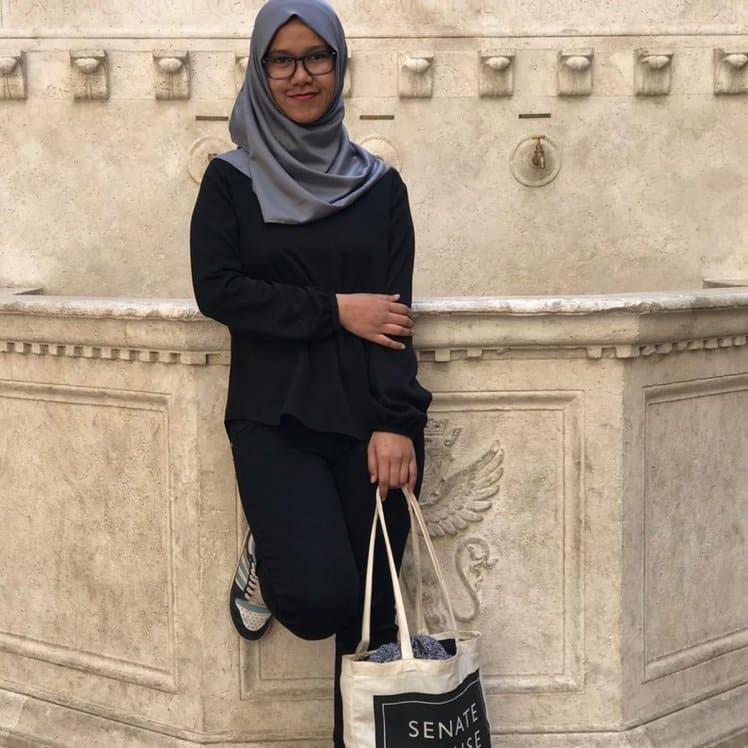 Seeing that nuns walked through without being required to remove their headscarves, Adzkia refused to do what they asked. She filmed the incident which took place at the Ciampino Airport, the Italian capital of Rome.

In the video, the female security staff said:

Adzkia said she was unfairly treated and harassed by the airport security personnel. 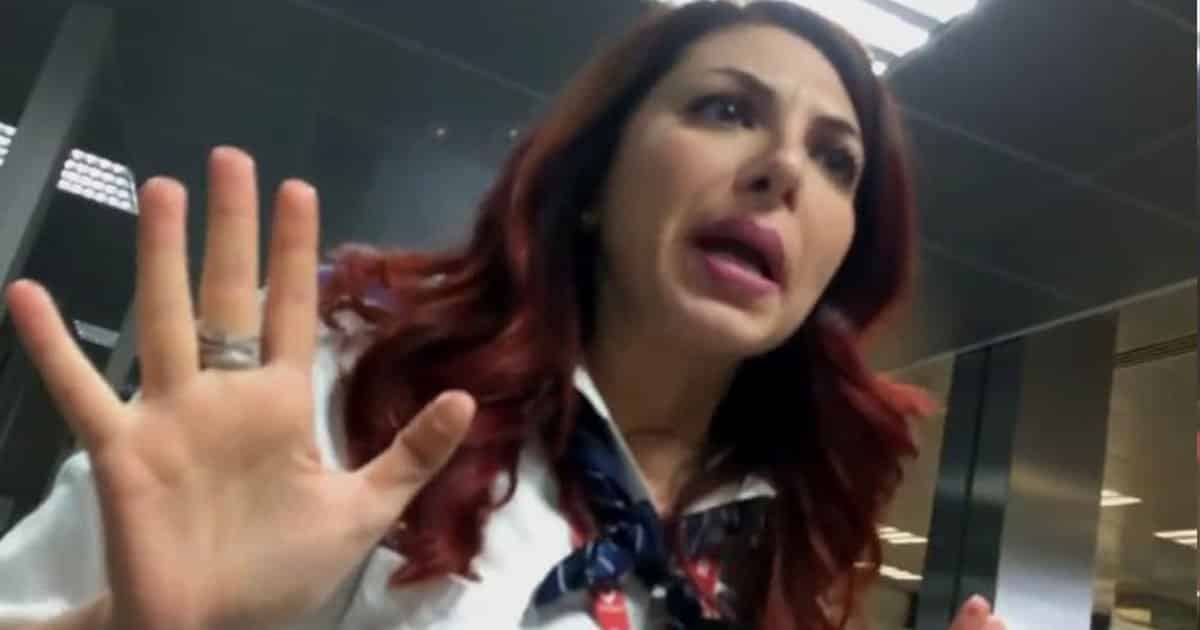 Adzkia stood her ground and believes she is being discriminated for her religious beliefs.

In an interview with DailyMail, Adzkia shared:

“I completely understand about what is going in the world lately. I stand against terrorism and that’s not Islam.

“Yet, what I’ve experienced in Rome was shocking, the way they treated me indecently has shown discrimination. I understand if it is for security reason, but why did they not give me a second to read the law?”

According to Adzkia, she was even dragged out of the area in an ‘indecent way’ by a male security officer who grabbed her bad and screamed at her to stay silent.

She later took it upon herself to write a lengthy post about her terrible experience. 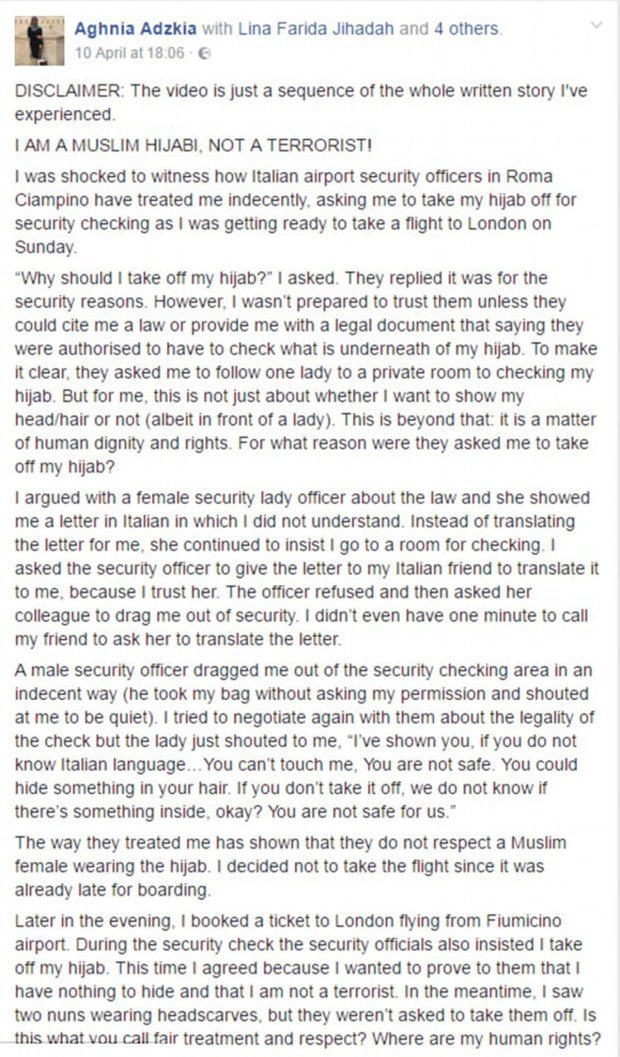 “I wanted to prove to them that I have nothing to hide and that I am not a terrorist.

“In the meantime, I saw two nuns wearing headscarves, but they weren’t asked to take them off.

“Is this what you call fair treatment and respect? Where are my human rights?”

Her social media post, however, was eventually taken down.

“The numerous times I’ve flown out of Rome’s airport, I also experienced the same kind of security check as I also happen to wear a hijab.

“The same applies to others who wear the hijab at Rome KBRI, female Muslims believe that they can’t take off their headscarves in public so they are provided a private room for a female officer to carry out the check.

“If we refuse, I can understand if the security officer acts aggressively towards us.”

Well what do you think about this, folks? Hit us up in the comment section.