It was a long and dangerous journey that has finally come to an end. The feisty raccoon that made headlines by scaling a 25-story skyscraper reached the top of the building. Wildlife Management Services has already captured the little critter and is sending her back to the wild.

Minnesota Police Radio gave MPR Raccoon her name when they first reported about the tiny animal. The trash panda started climbing the UBS Plaza in St. Paul on Tuesday, June 12. By Tuesday night, everyone including Guardians of the Galaxy director James Gunn was expressing their support for the little climber. However, it looks like the furry daredevil will not have time to enjoy the view of city’s skyline. Wildlife Management Services brought the raccoon back on solid ground.

MPR Raccoon was oblivious of the support from thousands of adoring fans and simply climbed the St. Paul building. 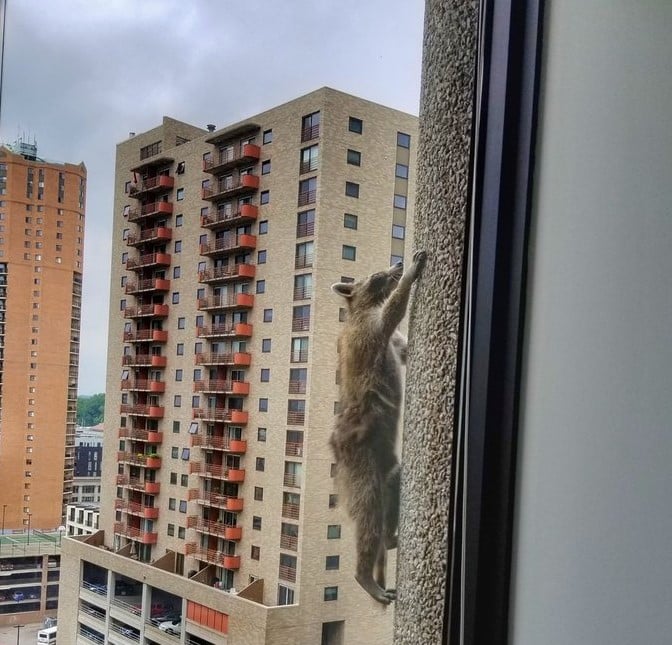 The tiny critter took a break every now and then but never gave up on her mission to reach the roof of the UBS Plaza. 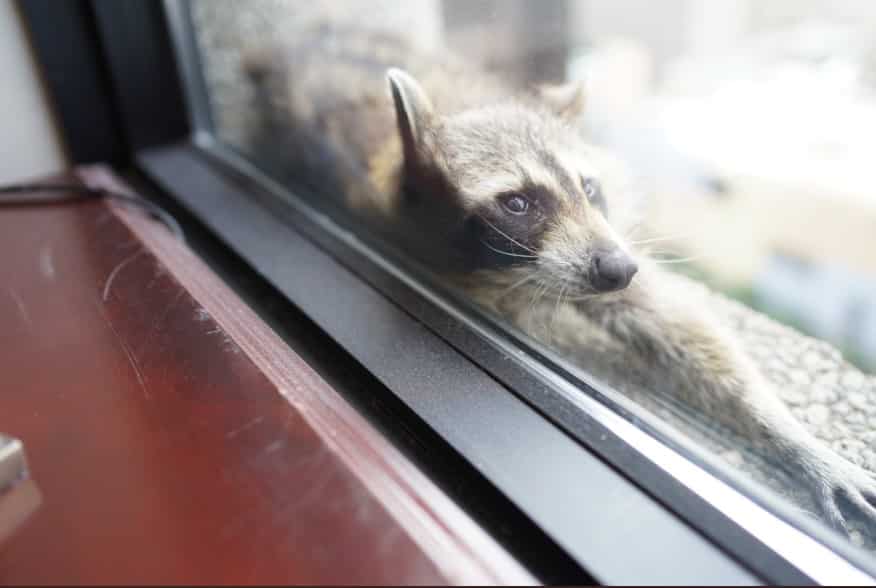 MPR Raccoon captured the hearts of netizens with her daredevil act. However, some people were concerned that the critter might have been rabid or hungry because of her unusual drive to scale the building. According to Wildlife Management Services, the little mammal is a healthy one-year-old female who may have seen too many Spider-Man films.

Guardians of the Galaxy director James Gunn declared his support for MPR Raccoon, who probably reminded him of Rocket. 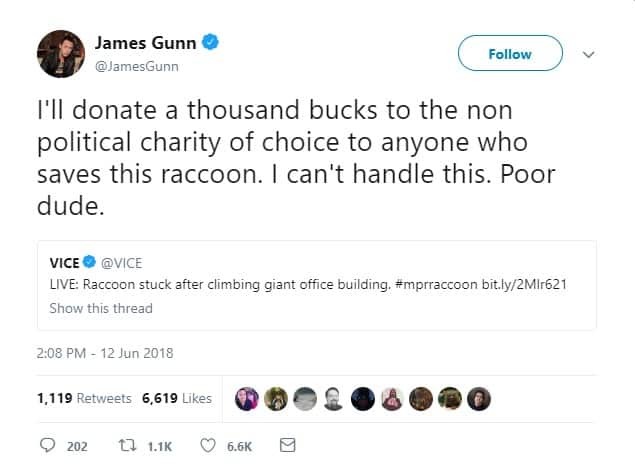 Film director James Gunn always had a soft spot for raccoons. After all, one of the lead characters in his two Marvel films happens to be a talking trash panda. The filmmaker’s offer may have led to MPR Raccoon finding an awesome new home.

MPR Raccoon has been captured and took the easy way down the building by riding an elevator. 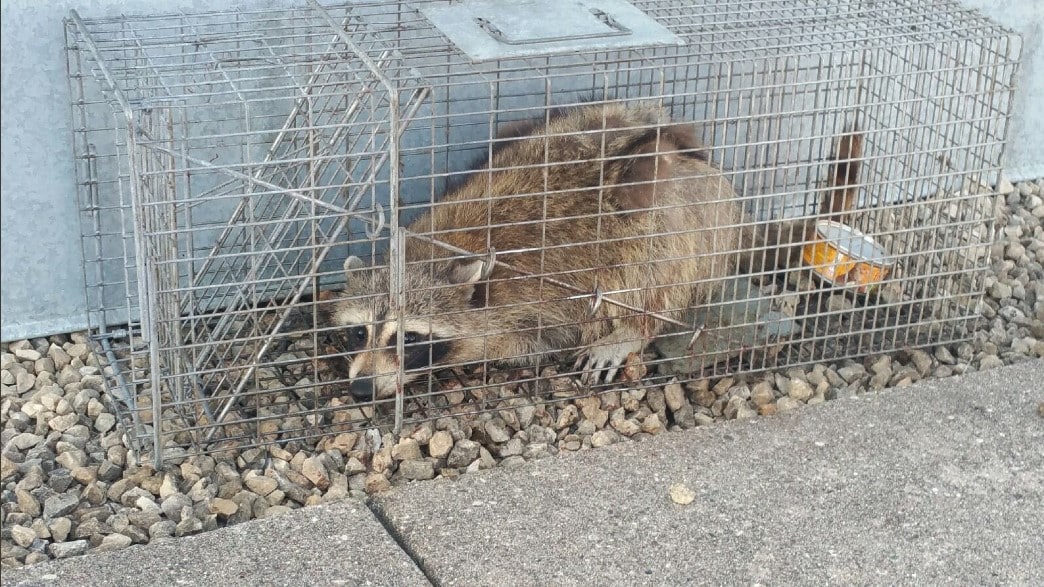 Wildlife Management Services has confirmed that MPR Raccoon left the high-rise for a sprawling country home.

“She was released on private residential property in the southwest suburbs of the Twin Cities with permission from the homeowner. We did consult with the Wildlife Rehabilitation Center of Minnesota (WRC) prior to release and we had determined that the raccoon was safe to release.”