Who said funky hairstyles are for the young and restless only? A 61-year-old mother suffering from cancer asked her daughter Redditor Sarah K‘ to transform her hair into something fun and exciting before undergoing chemotherapy. The 33-year-old stylist knew exactly what her bold mom wanted so she decided to give her a not so popular hairstyle for women her age: a hot pink mohawk!

In 2000, Sarah’s mother bravely battled breast cancer. Several weeks after her treatment, she had her hair chopped off which made her look like the famous Hollywood A-lister Tom Hanks.

“We called her Mom Hanks,” Sarah revealed on Reddit.

Fifteen years after she overcame her disease, a tumor was found in the same breast. She is to undergo double mastectomy after finishing her chemotherapy sessions.

Aside from channeling an 80’s punk rocker hairstyle, the mom is planning to have tattoos on her chest after her breasts are removed. 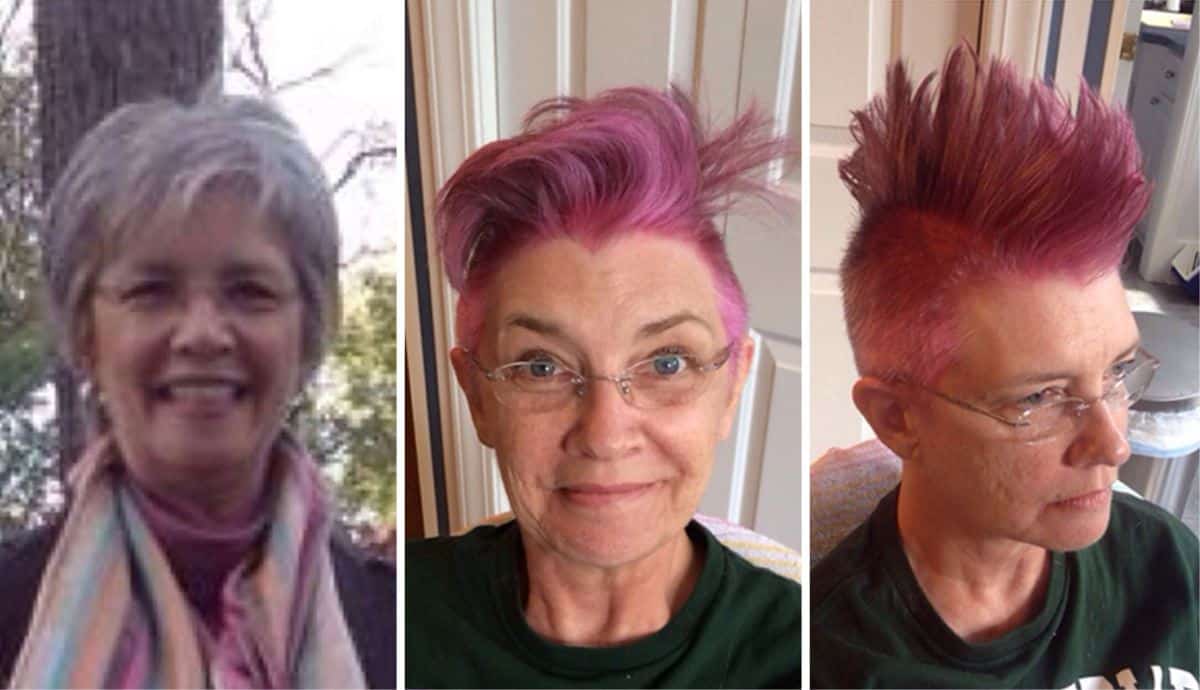