“Every time you do a good deed you shine the light a little farther into the dark. And the thing is when you’re gone that light is going to keep shining on, pushing the shadows back.”

It was a very brief encounter, yet Tario Fuller Jr.’s act of kindness brought smiles, happiness, hope, and inspiration not only to two-year-old Kinley Shufflebarger but to the thousands of people who learned about their inspiring story.

Megan Shufflebarger was with her precious daughter, Kinley in the toy section of Target last October. The little girl was cooing over the beautiful dolls she wishes to have as a gift for her upcoming birthday. Tario was walking down the aisle with another person when they overheard Kinley. He couldn’t help but ask the adorable kid which toy she liked most.

“I really lub dis one,” she said as she pointed at a doll.

Tario asked her to stay put as he grabbed the doll and walked away. Minutes later, he came back with the gift bagged up. He handed the toy over to Kinley and wished her a happy birthday.

Megan took a photo of the heartwarming moment but failed to get his name. 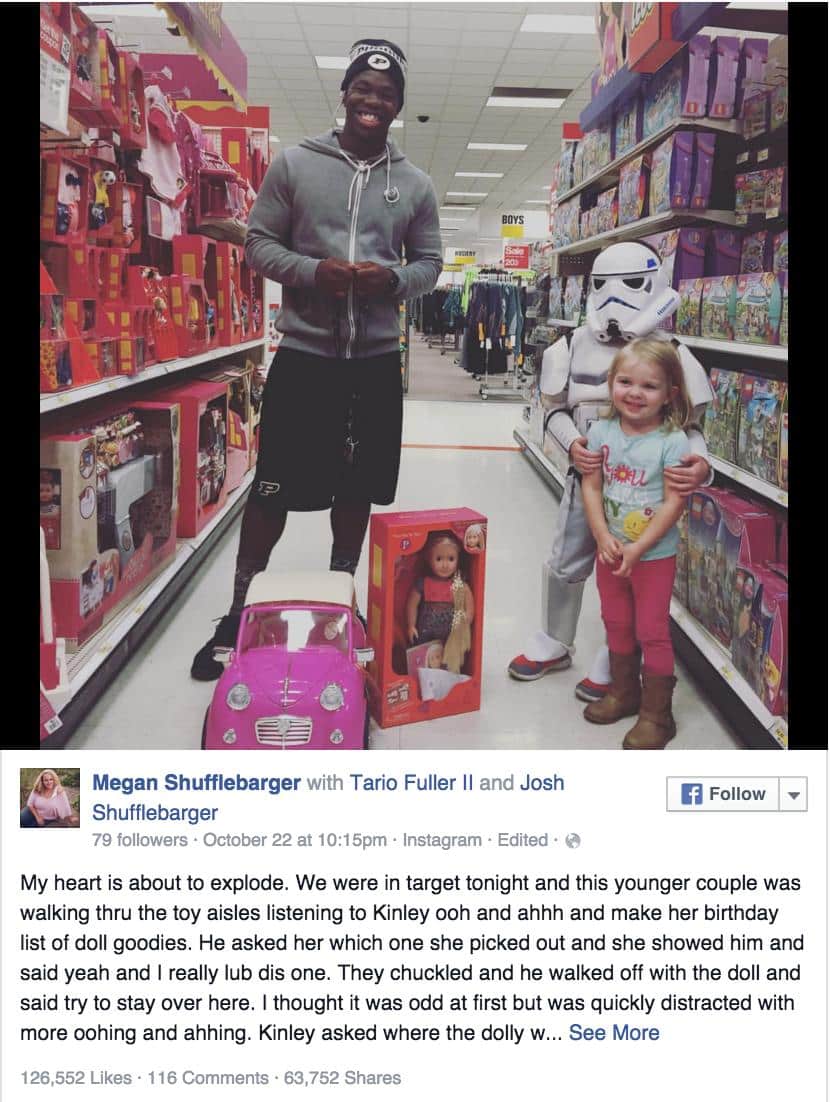 The grateful mom then posted the picture and the story on Facebook where it has been shared 124,000 times.

“What a reminder to never lose faith in humanity and to be generous and pay it forward.

“To this generous and humble young man, whoever you are, I hope you see this and more importantly, I hope you know what a good young man you are,” Megan wrote.

The post went viral; however, it was only after more than 55,000 shares when someone was able to tag Tario in the photo. That’s when Megan finally knew the teen’s identity. 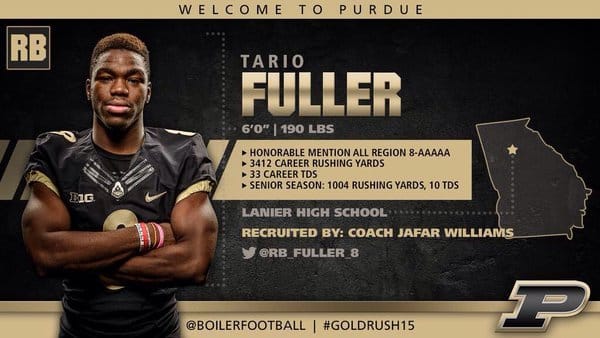 And their athletic department said they couldn’t be prouder of the type of men and women they have.

“I want him to just know how much it meant to us and to her,” said Megan.

Since Kinley received her gift, she refused to let the doll out of her sight.

According to WLFI, Mrs. Shufflebarger wants others to know this act was genuine and not for attention. However, she hopes the spotlight will inspire more people to follow his lead.

“When you hear something good, it’s just very humbling because it makes you want to do good things for other people.

“This one act of kindness has likely generated thousands of smiles, softened many hearts and inspired others,” she said. “That in and of itself makes my heart full and happy.”

That’s so true. It also helps us restore our faith in humanity.