The brain surely is one of the most mysterious organs in our body. Not only is it fascinating with all its powerful functions, but because there are still a lot of things that we don’t fully understand about it. But a few things are certain, if we lose more than half of our brain parts, we will surely die right? We won’t be able to function normally anymore and lose memories and consciousness right?

Well that is what researchers and neuroscientists thought too, until they met a 40-year old French guy who will change some of the important things we know about the brain and survival. 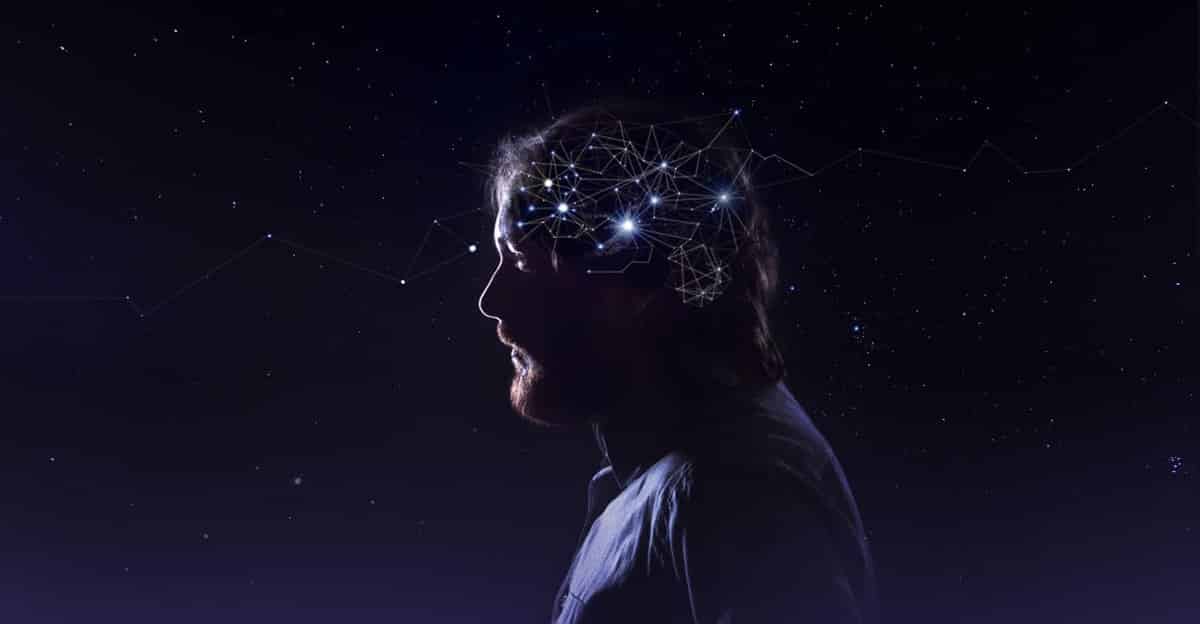 It was the year 2007 when a 44-year old French man walked in on a hospital complaining of the weakness in his legs which has been going on for 2 weeks already. Upon history taking, the specialists learned that the man had the same condition since he was a child. The findings before were that the ventricles in his brain has filled up with cerebrospinal fluid. Back then the doctors addressed the problem by draining the fluid and inserting a shunt to prevent this from happening again. But more than 40 years later, the problem came back.

The doctors decided to check via CT Scan and MRI (Magnetic Resonance Imaging) to see the man's brain and examine the ventricles. When the results came out, the specialists were all in shock.

The results of the tests left the specialists and researchers baffled. How can a man who lost more than three-fourths of his brain mass still continue to function normally and be alive?

First let us show you how a typical, normal MRI looks like.

Very normal, and with lots of brain inside the skull right? 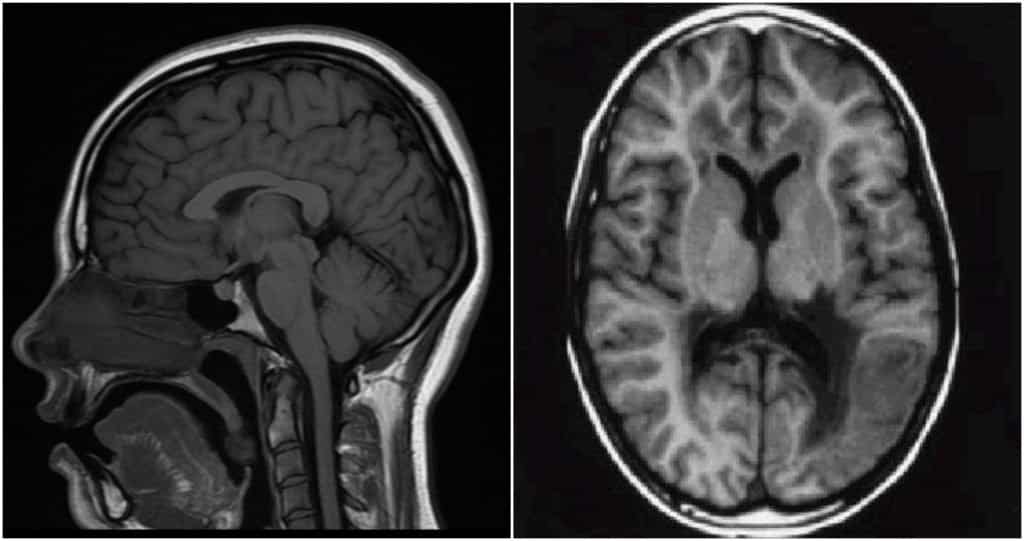 Now here is another picture, not a normal brain but a brain with slight inflammation of the ventricles.

The black elongated areas are slightly swollen ventricles of the brain 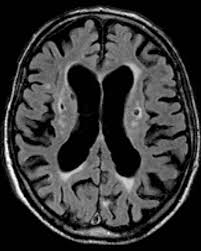 The MRI of the man showing almost no brain mass left. 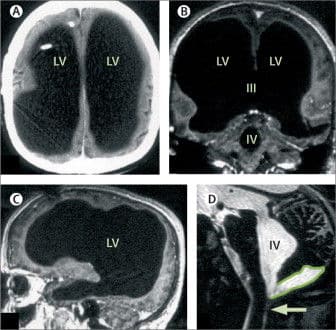 In the man’s MRI, compared to normal people’s brains wherein there is minimal ventricle and lots of brain matter, it is the opposite. His ventricles are almost taking up all the space.

The researchers then proceeded to test the mental and cognitive functions of the man. He scores averagely good with an overall IQ of 75, even scoring an 84 on speech IQ and 70 on performance IQ. To top it all of, despite the conditions he has, the man felt nothing at all that changed in all the 44 years of his existence. He is a civil worker with a wife and family and he felt nothing wrong, until that fateful day that he kept on experiencing leg weakness which led to this discovery.

His condition challenges almost everything that brain researches have revealed over the years, such as the big role of the different areas of the brain and their different functions. But here he is, a man with literally, almost an empty head save for some ventricles who is still a normal functioning human being. And perhaps the biggest thing to note of all is that 9 years later after this discovery, the theories as to how his brain has survived and functioned are still being formulated and studied.

Truly, our bodies and the workings of life are such a mystery.

Did this story amaze you? Don’t forget to share with your friends.