Since the availability of mobile phones to regular folk, people have been wondering about the long-term effects of radiation from your phone. Of course, rumor mills started answering those questions, and people basically believed that being on the phone would be enough to fry your brain cells. Even worse, having your phone in your pocket all the time could have adverse effects on your reproductive system.

Are you killing off your sperm cells by putting your phone in your pocket? 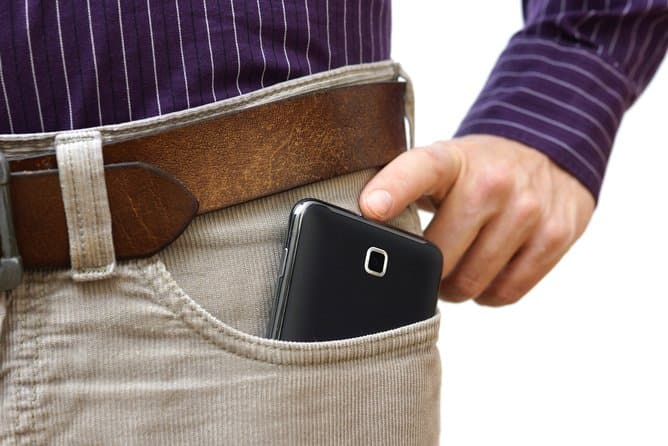 Of course, science eventually had to step up and address those issues. A recent review had a look at 27 scientific studies investigating the effects of radiofrequency electromagnetic radiation on men, specifically their reproductive system. The researchers from the University of Newcastle in Australia found that 21 of these studies claimed that radiation had negative consequences, namely decrease in sperm motility and viability, as well as DNA damage.

There is also another study from this year that found that the sperm level of 47% men who kept their phones in their front pocket was seriously affected, whereas only 11% of those men showed no effects. The researchers cited that while electromagnetic radiation was a concern, it was mainly the heat emitted by the mobile device that was “cooking” the sperm.

Sperm cells are sensitive to heat, so any added heat might just kill them off!

Incidentally, to address the issue of mobile phone waves causing cancer, numerous studies such as this have found no evidence that mobile phones caused cancer.

However, just to be on the safe side, researchers insist that more direct and controlled evidence is needed to confirm whether or not sperm cells are actually affected by radiofrequency electromagnetic radiation. After all, the sperm cell is an altogether unique type of cell, and its reaction to radiation may differ from those of other cells in the body.