Kids are always full of hope for wonderful things which they mostly probably get from the people they look up to. While most children would take fantasy characters or TV personalities for their idols, this one little girl found her hero in someone much more ordinary. Although many would not consider her idol as someone really amazing, this young girl showed an admiring expression when she got the chance to meet him for the first time.

3-year-old Brooklyn has this habit of standing by the window every Thursday morning, waiting for her hero to drive by with his truck. Every time the man would drop by, she would wave to him – a local garbage man named Delvar Dopson.

Brooklyn admires Delvar, a local garbage man whom she waits to drop by their home every week. 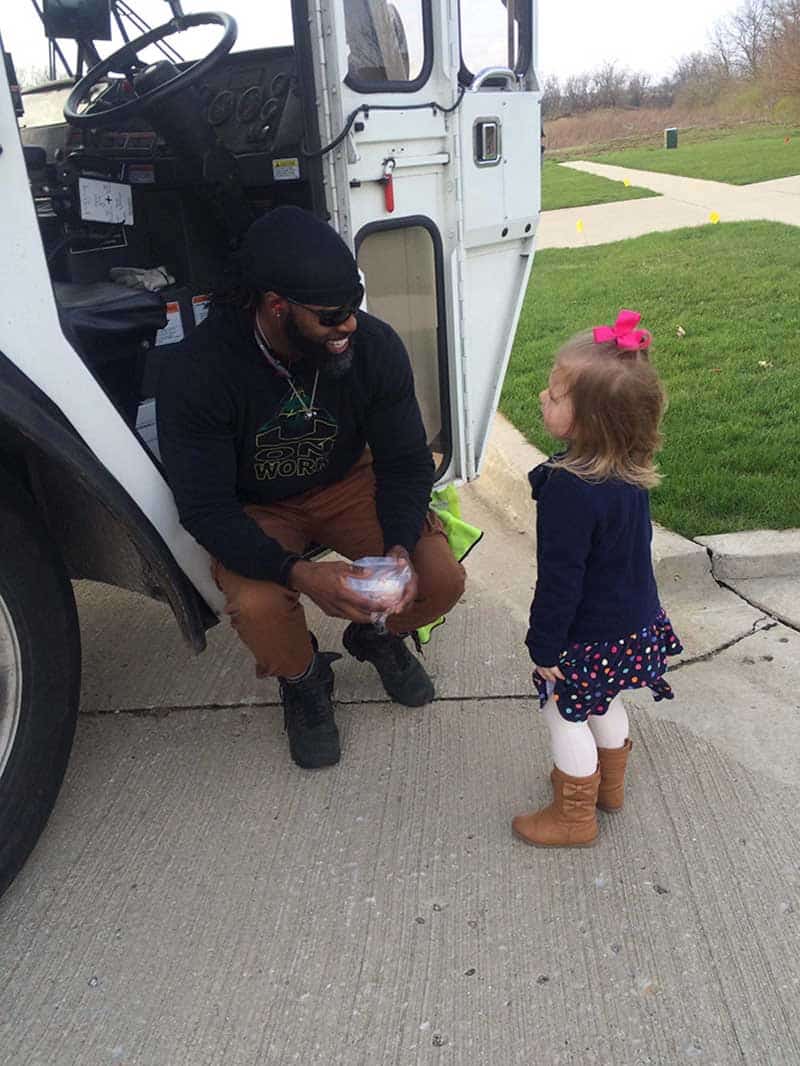 Brooklyn is completely fascinated by Delvar and the job he does. Her mom, Traci Andracke, said she would even need to drive her daughter around when she misses Delvar’s truck go by as Brooklyn wouldn’t allow a Thursday to pass without her having to wave at her hero.

Despite seeing Delvar every week, Brooklyn only got the chance to meet him personally on her birthday. 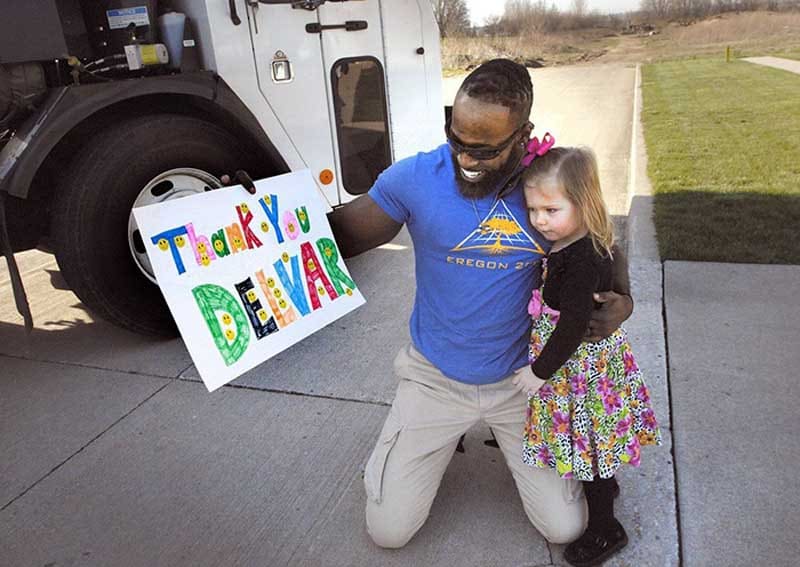 The most special Thursday finally came for Brooklyn when she met her hero for the first time as a gift for her birthday.

Her big day came and she went outside with a cupcake in her hand. When Delvar reached the family’s house, the trashman got out of his truck to personally greet the little girl. Her mother was delighted to see her daughter’s cute expression, who she said was completely speechless but had the brightest smile. Traci said:

“She was literally starstruck and could not even say a word. I had to do all of the talking for her. And she is never usually short on words.”

On the other hand, Delvar was greatly touched by Brooklyn’s sweet gesture. Traci then told the man that his job meant so much to her daughter.

Delvar then took a photo of him and Brooklyn which he proudly shared on Facebook. He wrote:

“Every day is a great day but today is somebody’s favorite day of the week! Well…It’s mine too, Lol.”

To thank Brooklyn for her admiration, Delvar staged a little post-birthday surprise for the little girl. According to Gladwire, the next garbage day that Delvar dropped by the house, he walked Brooklyn around to the other side of his truck where he opened his present for his admirer. Traci recounted the moment saying:

“He walked her around to the other side of the truck and pulled out the most amazing, awesome and generous birthday gifts for her. He said he did a little research and knew she liked the movie ‘Frozen,’ so his wife made this incredible basket full of everything Frozen.”

Delvar didn’t expect such appreciation from a little girl so he decided to pay her back on her birthday. 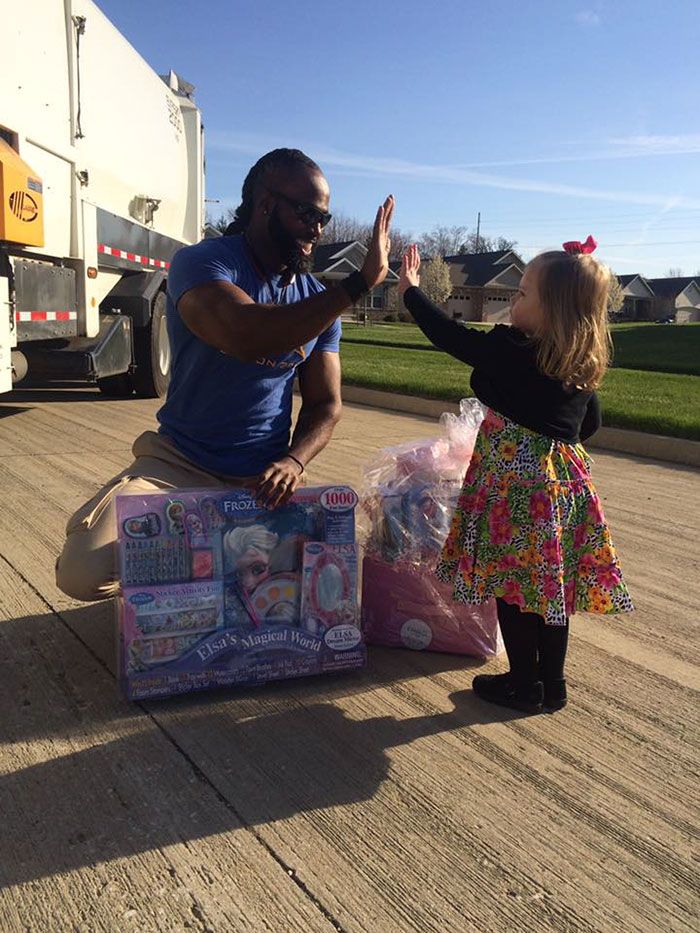 Brooklyn was, of course, overwhelmed with joy as she has not only got the chance to meet her hero. She also got a bunch of memorabilia from him which she could treasure for a lifetime.