What would you do if you see a small cracked egg on a pavement?

Most of us would probably ignore it and go about our way but for some reason, Susan Hickman’s attention was captured and she decided to give it a closer look.

Much to her surprise, she found out there was a hatchling inside it. She looked around for a nest, thinking the Starling egg may have accidentally dropped from one, but there wasn’t any nearby.

Susan then knew it was up to her to take care of the baby bird. Although she didn’t have any experience with birdcare, she wanted to give it a shot to at least give the creature a chance for survival.

Susan Hickman found a cracked egg on a pavement one day. It turned out to be a baby Starling bird. 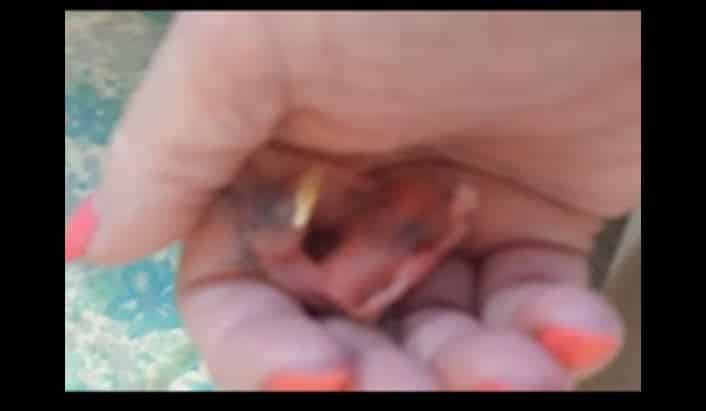 She took it home without any second thoughts and after a year, ‘Klinger’ grew to become a very beautiful bird.

“On June 16, 2014 I found a broken birds egg laying on the ground. Surprisingly, there was a live baby bird in it. This is the story of that baby bird from the day he was born to his one year birthday.”

Experts agree that without Susan’s help, the bird would have probably died the first day.Fortunately, she took it to herself to help the poor creature. As you have seen on the video, it wasn’t exactly a walk in the park since, at one point, the bird had to be fed every 20 to 30 minutes for about 2 weeks.

So yes, kudos to Susan Hickman for saving and nurturing Klinger.

Kindhearted people like this woman definitely restores our faith in humanity.