Hurricane Irma, the largest and strongest hurricane to ever form in the Atlantic, has ravaged through the Carribean over the past few days. It has reached Florida and battered the state with its robust winds and flooding waters.

However, many people were left baffled when miles of ocean waters disappeared in the shorelines. This phenomenon happened in various locations where the hurricane is expected to batter.

Hurricane Irma sucked out miles of ocean waters in the Bahamas.

The strong hurricane is leaving flat expanses of land where water used to be. The bad thing about this is, the waters will eventually come back as strong and life-threatening storm surge.

Category 5 Hurricane Irma is the largest one to ever form over the Atlantic Ocean. 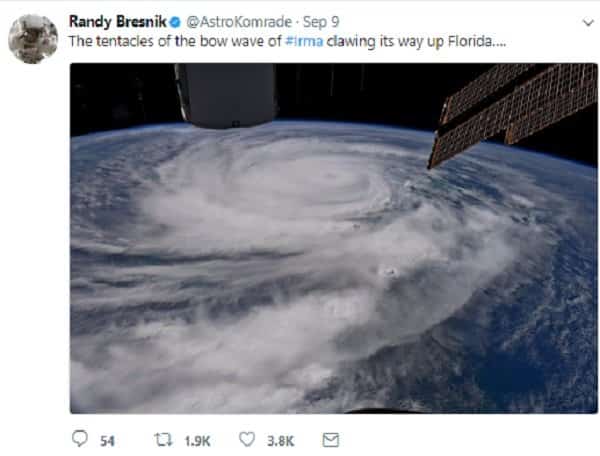 In the Bahamas, one of the top destinations, Long Island, has experienced the hurricane’s wrath. However, before the hurricane unleashed its strength over the island, the ocean went missing. In fact, a viral video uploaded by user @Kaydi_K, has shown miles and miles of the ocean waters disappearing.

Here’s a report by Unilad regarding the viral video:

Florida also experienced the same phenomenon. This time, in the famous Tampa Bay, the shoreline has dried out. People were even seen walking on the ocean floor, even though the waters could rush back at any moment.

National Weather Service meteorologist Ryan Rogers told USA Today, this phenomena is called reverse storm surge. This happens when the winds of the hurricane push the water away from the shore.

Tampa Bay in Florida was dried out hours before the hurricane hit the area. 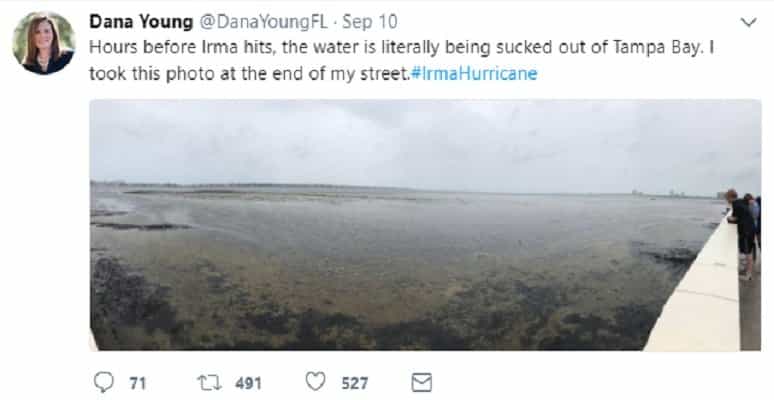 What is a reverse storm surge? 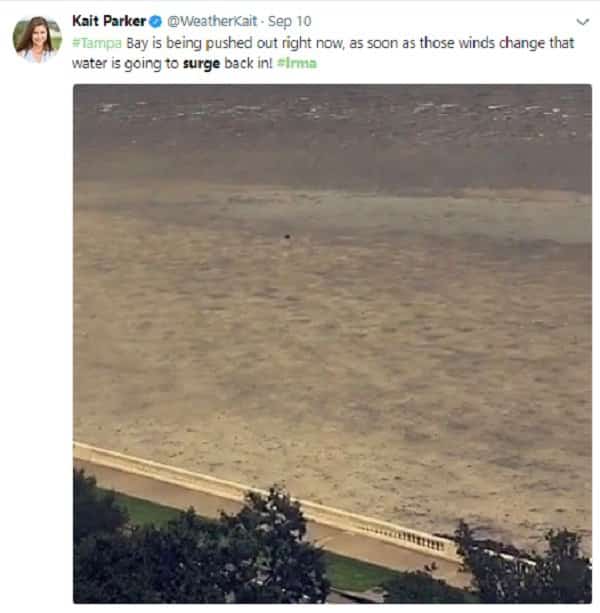 A storm surge occurs when the waters are pushed toward the shoreline by strong winds. In what transpired in the Bahamas and Florida, however, it’s called reverse storm surge.

The hurricane’s winds swirl in a counterclockwise motion, and this has lead to the northeast wind direction across the Gulf Coast of Florida. Since the hurricane had robust winds and power, the water had nowhere to go but away from the coast.

This would last for just a short period because water will come back as strong storm surges, which is potentially-fatal. The residents were advised to stay on higher grounds and avoid walking on the dried ocean floors.

Eventually, the waters came back to the shores, leading to flooding over the Bahamas and Florida during the hurricane’s wrath.

Florida experienced one of the worst storm surges in history, flooding major streets.