If you’ve been to Twitter these past few days, then you probably already know about the red sun phenomenon that happened in the UK recently. The strange occurrence practically made the sun look like something you’d see from a post-apocalyptic movie or video game.

The bizarre phenomenon is undeniably something to look at. According to the reports, it was witnessed almost everywhere in the UK.

Images of the fascinating phenomenon flooded the Twitter over the past few days. 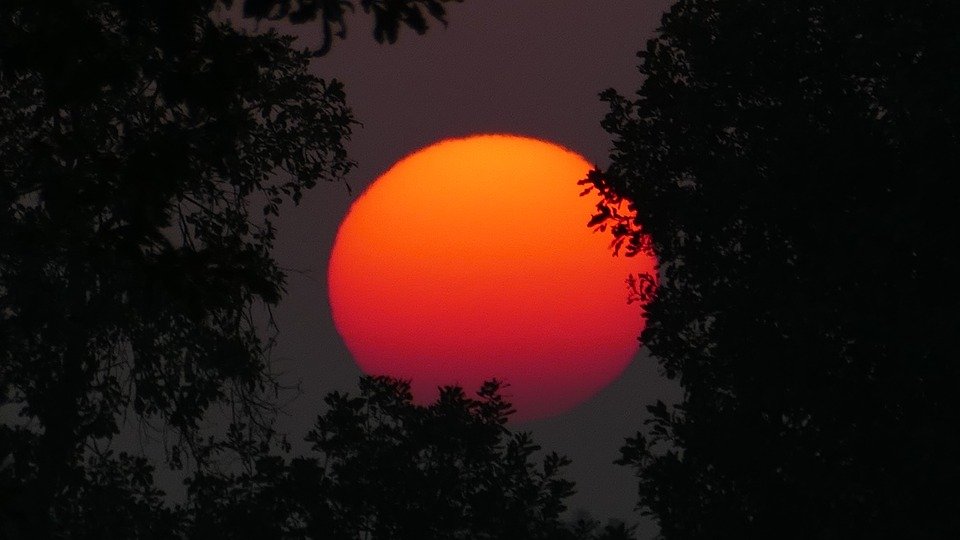 Imagine seeing this in the afternoon sky. 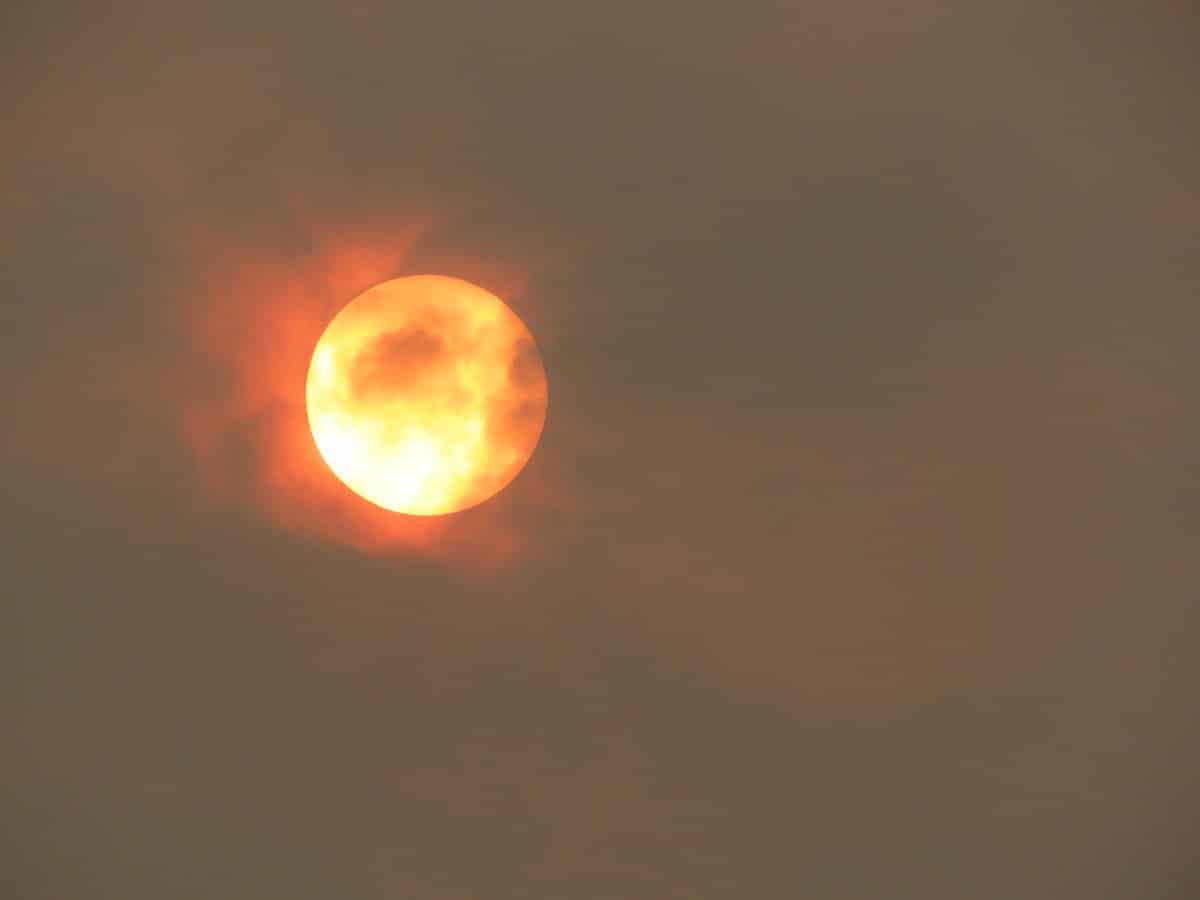 Despite the apocalyptic semblance of the phenomenon, Brits just laughed it off and just stayed cool. 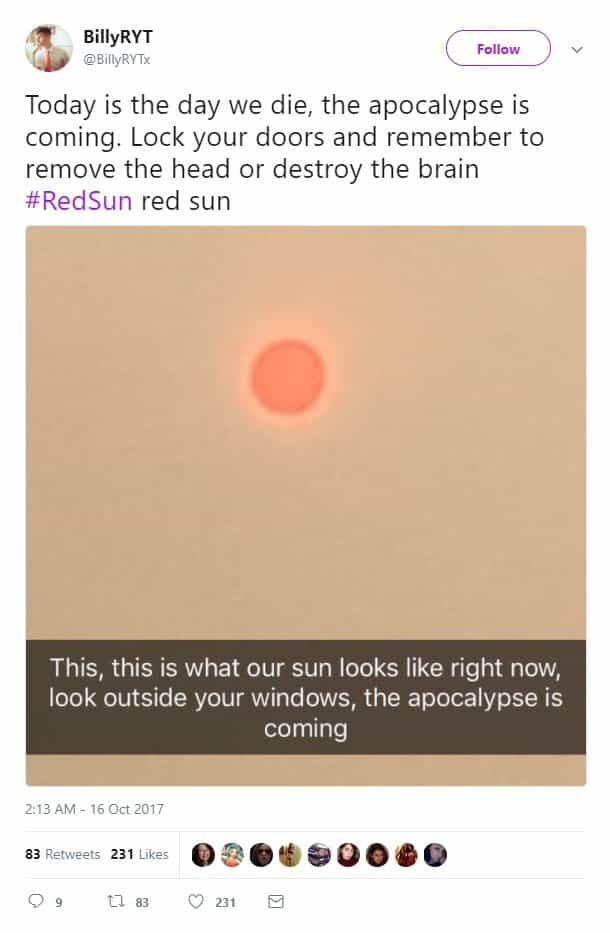 Some even quoted Legolas’ famous line from the Lord of the Rings. 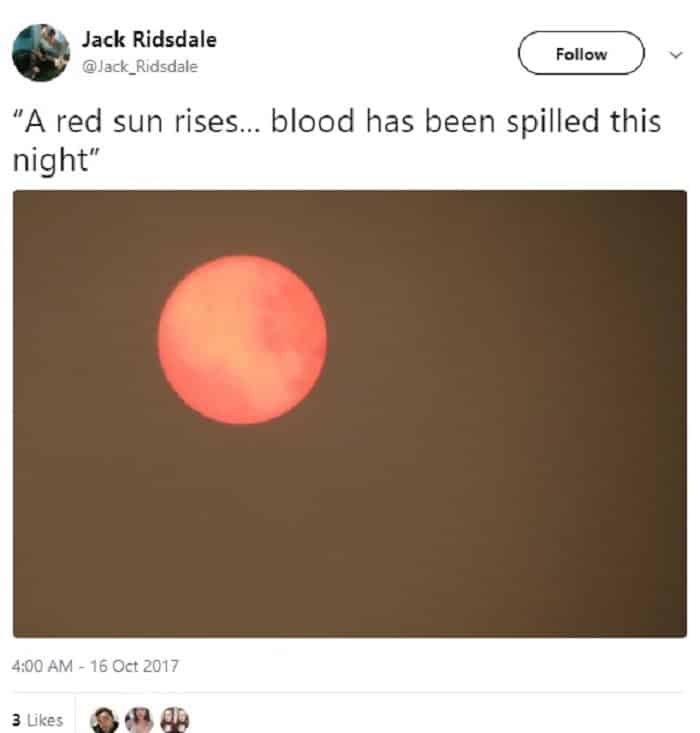 Unfortunately, the explanation behind the fascinating phenomenon is a bit worrying. 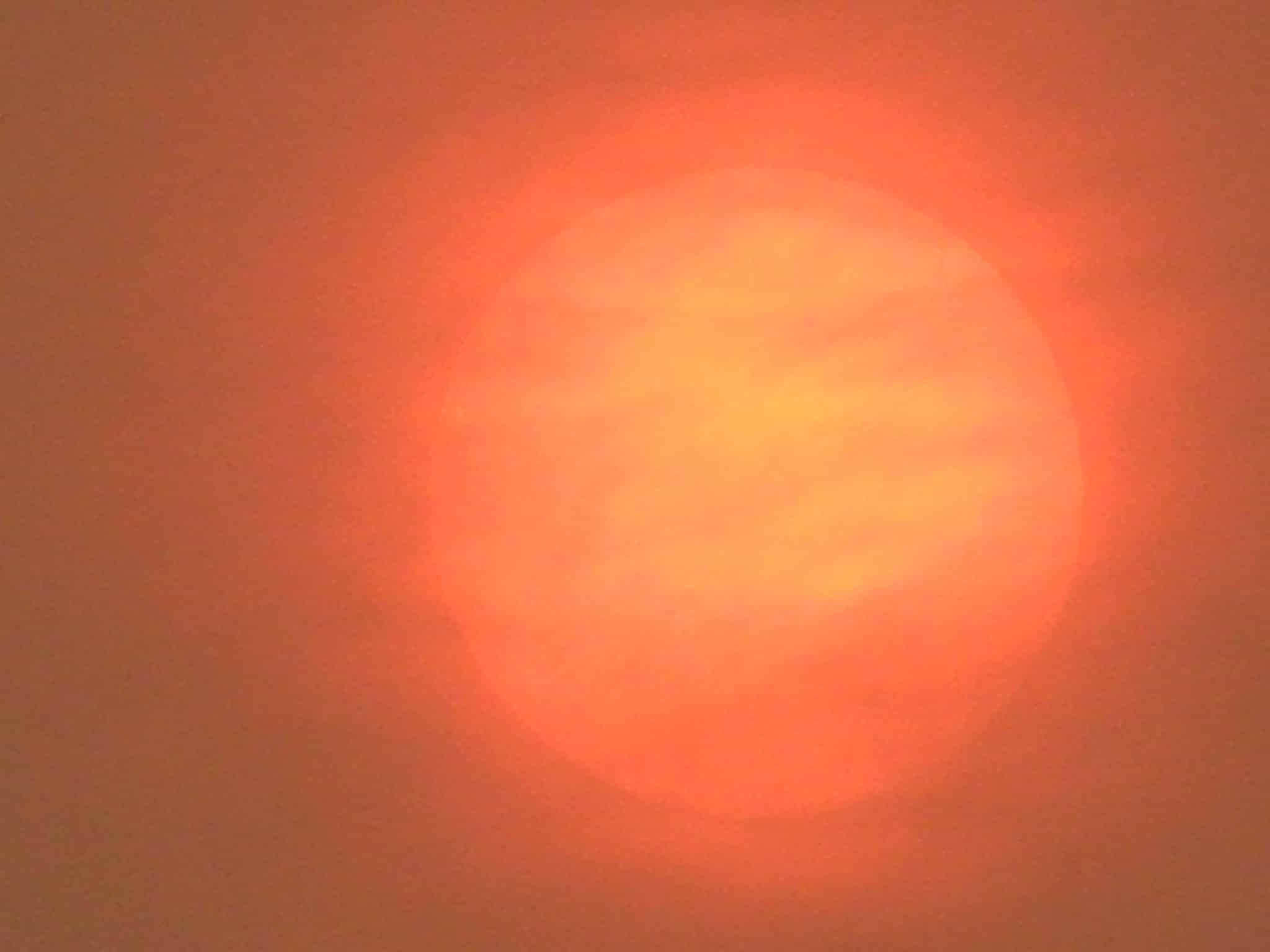 Studies say that the red sun phenomenon had something to do with hurricanes. 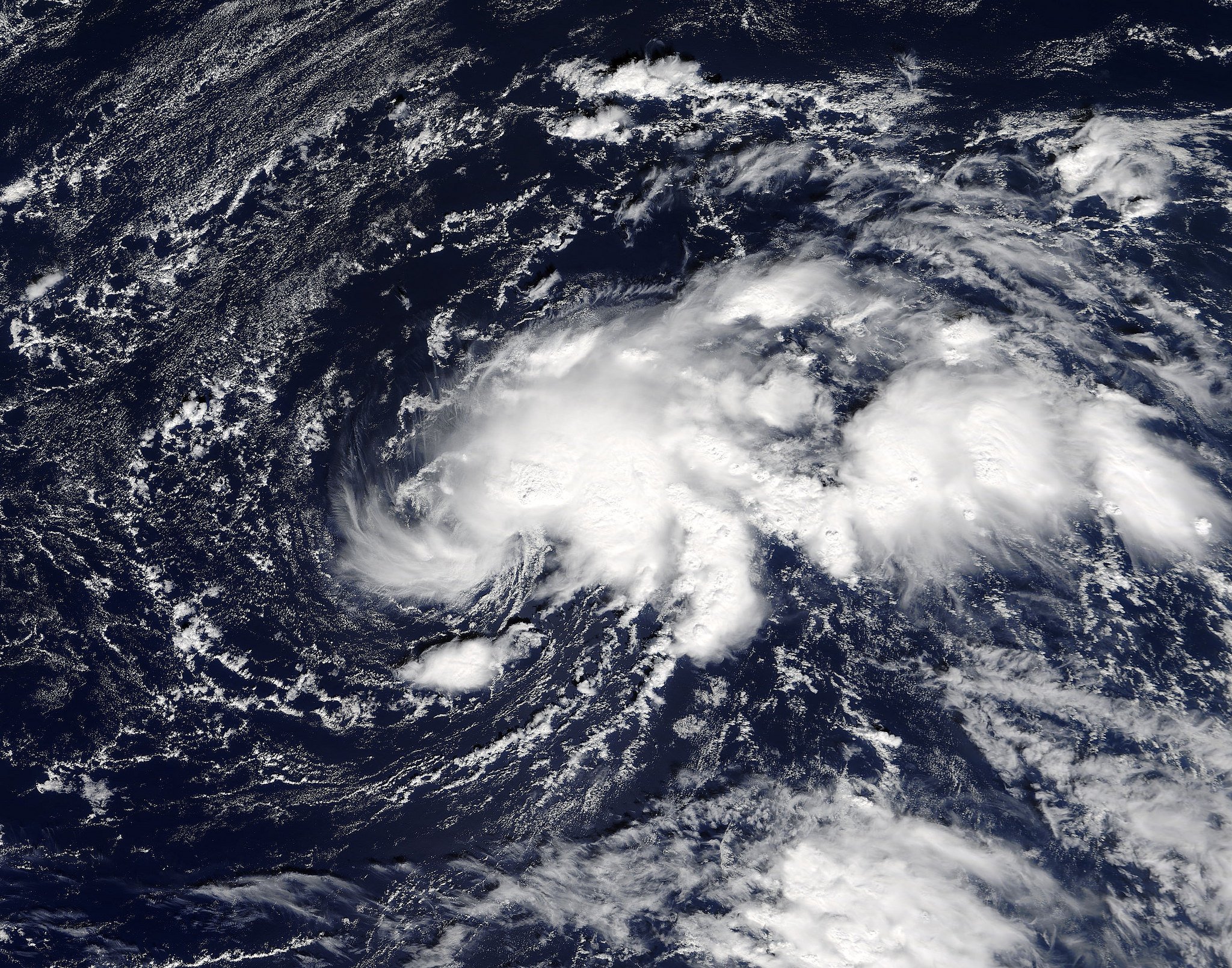 Studies discovered that the category 1 hurricane have brought the Sahara sands with it. 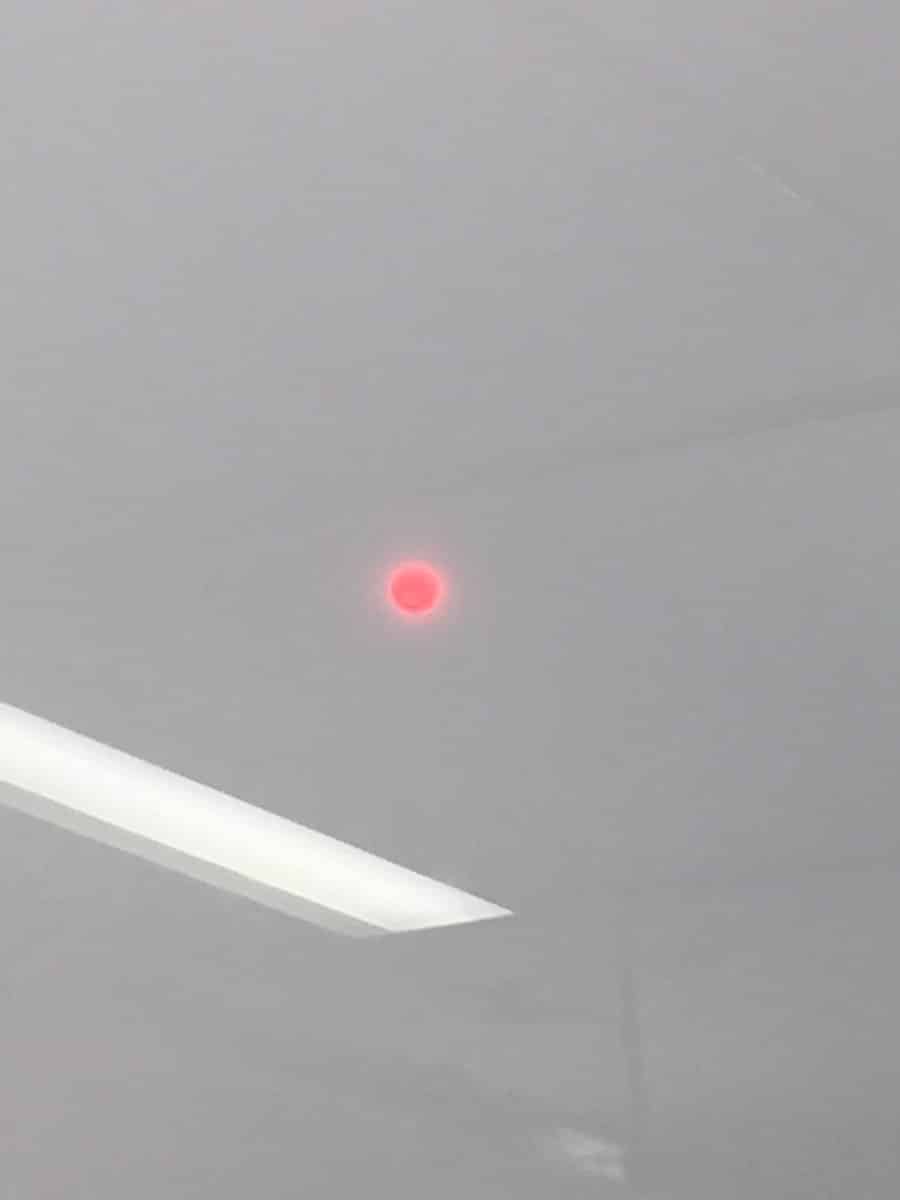 The reddish color of the sun and the mute color of the sky were due to the debris and dust all over the sky. During an interview with BBC, the weather presenter Simon King explained:

Ophelia originated in the Azores where it was a hurricane and as it tracked its way northwards it dragged in tropical air from the Sahara. Because the dust is so high, light from the Sun is scattered in the longer wavelengths, which is more the red part of the spectrum, so it appears red to our eyes.

Well, despite its connection with the terrible hurricane, at least we can finally breathe a sigh of relief that the world is not ending yet. Praise the sun, eh?