Cats are generally very entertaining creatures, with their silly antics and amusing reactions. In the eyes of a cat the world is full of wonders, potential adventures, and in the case of Smeagol the Sphynx Cat, potential threats.

In the video below, Smeagol’s human decided to don a terrifying werewolf mask in preparation for Halloween. As expected, Smeagol wasn’t pleased with the presence of this threatening intruder in his home.

Upon seeing the mask, he did what any threatened cat might do – arch his back, hiss, and growl threateningly back. In the background, as if to add insult to injury, the person taking the video laughed hysterically. 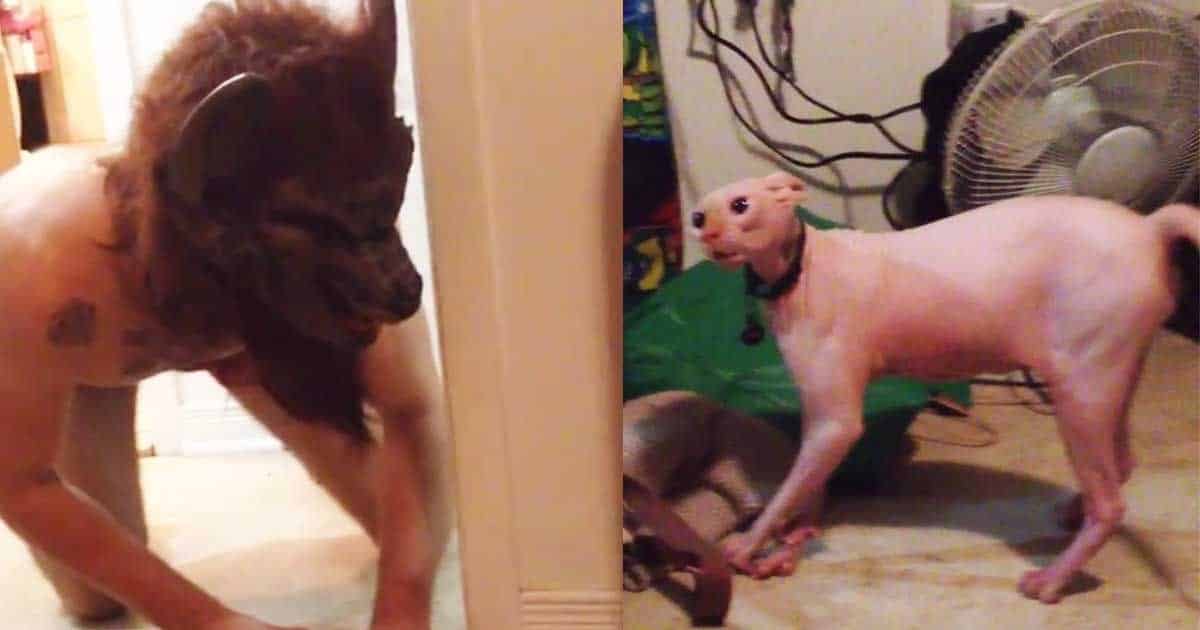 While this video might be funny to some, numerous online commenters were quick to point out that poor Smeagol was terrified out of his mind. The laughter in the background only adds proof of how insensitive his humans are to his fear. According to them, this could be likened to animal cruelty since he was being laughed at while he feared for his life.

On the other hand, others who watched the video mentioned that scaring Smeagol like this is all in the name of good fun, and would do no lasting psychological damage. They say that cats can be scared of the silliest of things, and scaring Smeagol is similar to giving kids a fright with jump scares. They say that the fact that he followed his human in retreat only shows that while he is indeed scared, he is still brave enough to face the threatening werewolf head-on.

So what’s your take on this? Was scaring Smeagol the cat a cruel, sadistic act that pets should never be subjected to? Or is this just a form of play that caters to his protective and territorial instincts?

Tell us your thoughts in the comments below!