The U.S. Navy’s most expensive warship to date has finally left its builder port and began “sea trials.” Over the weekend, the Navy revealed that the first of the new class of warship is out in the waters to test the different technology onboard. Different testers will reportedly be examining the aircraft carrier and its key technologies for several days.

The USS Gerald R. Ford was a warship constructed in 2009 with a target date of completion of September 2015 and initially cost $10.5 billion. However, there were problems met with the carrier, including power generation and its aircraft landing equipment.

Currently, the aircraft carrier is going through a series of builder’s trials. It will head back to the port in Virginia before going through “acceptance trials” that will be led by Navy inspectors. According to defense officials, the sea trials should be a fresh start for the program. Rear Adm. Brian Antonio said in a statement:

“This milestone is the culmination of years of hard work and dedication, and we look forward to learning a great deal during sea trials. We will continue to work together to deliver Ford’s critical capabilities to the fleet.”

The USS Gerald R. Ford was named for the 38th President of the United States. 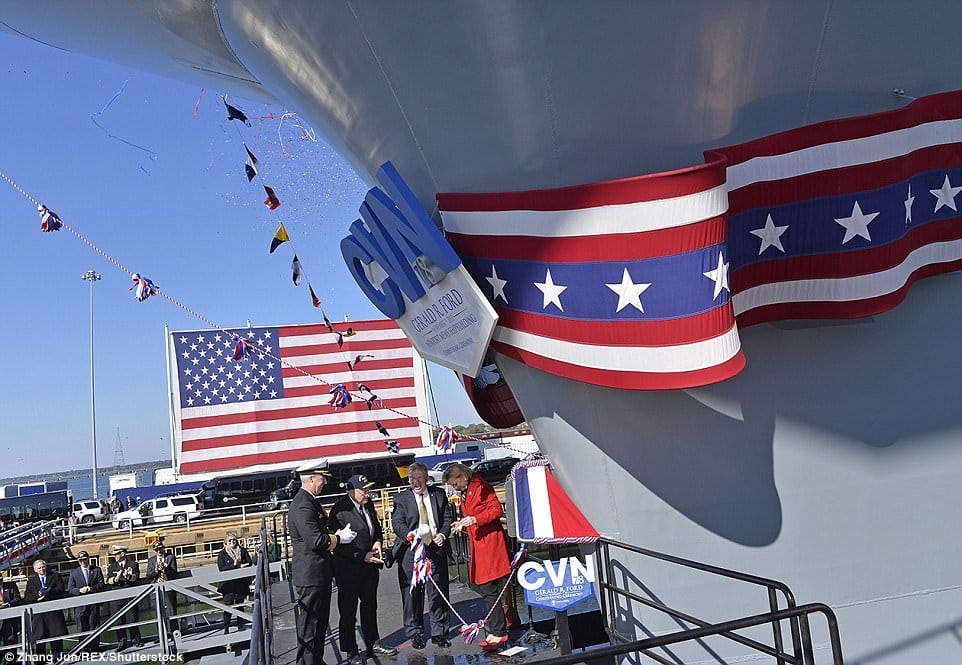 There were 5,000 workers involved in building the most expensive warship from the Navy. 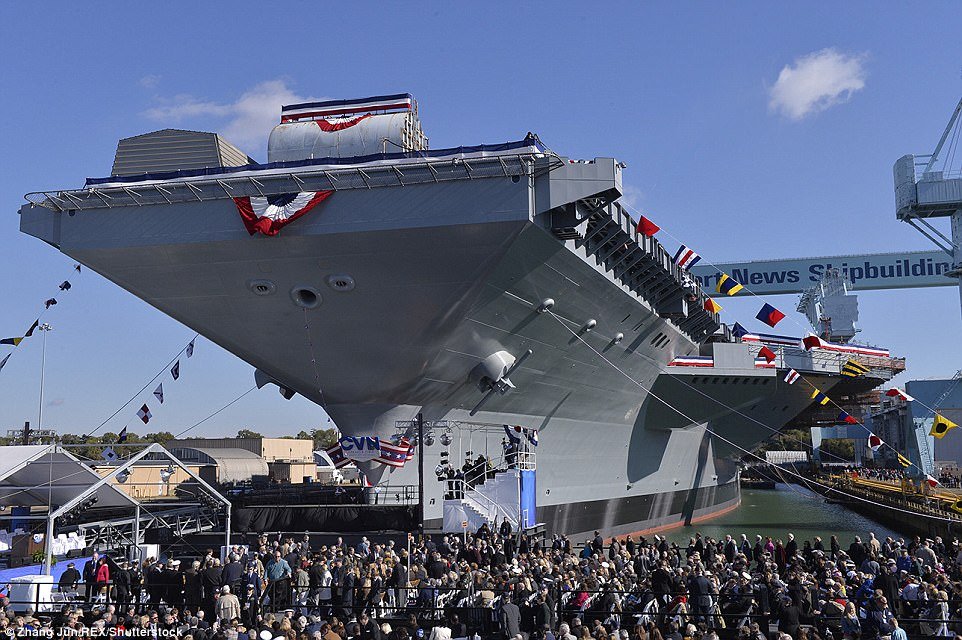 The Ford weighs almost 100,000 tonnes, which is equivalent to about 400 Statues of Liberty. 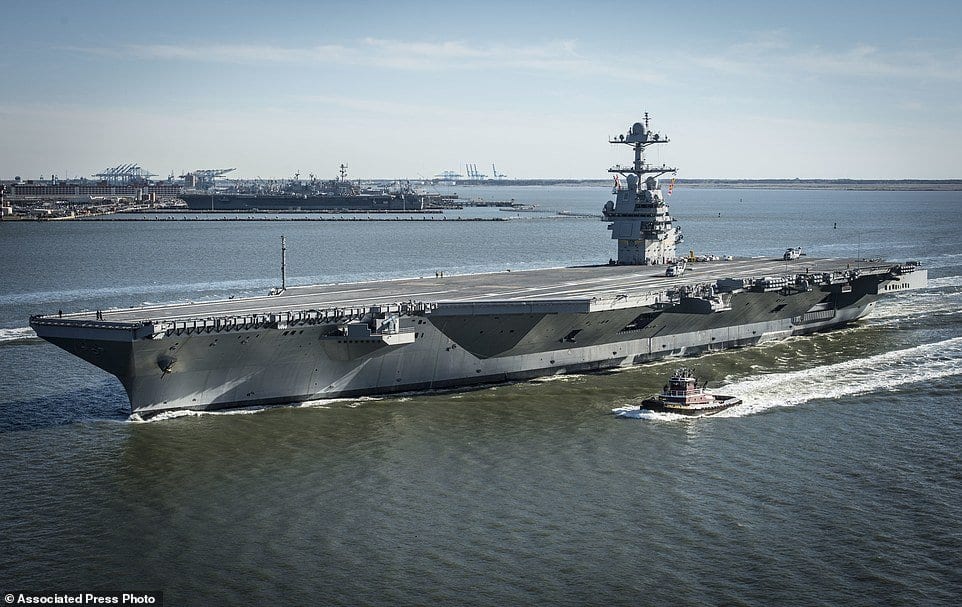 The ship has a flight deck that covers five acres and is able to hold 76 aircraft and more than 4,500 personnel. 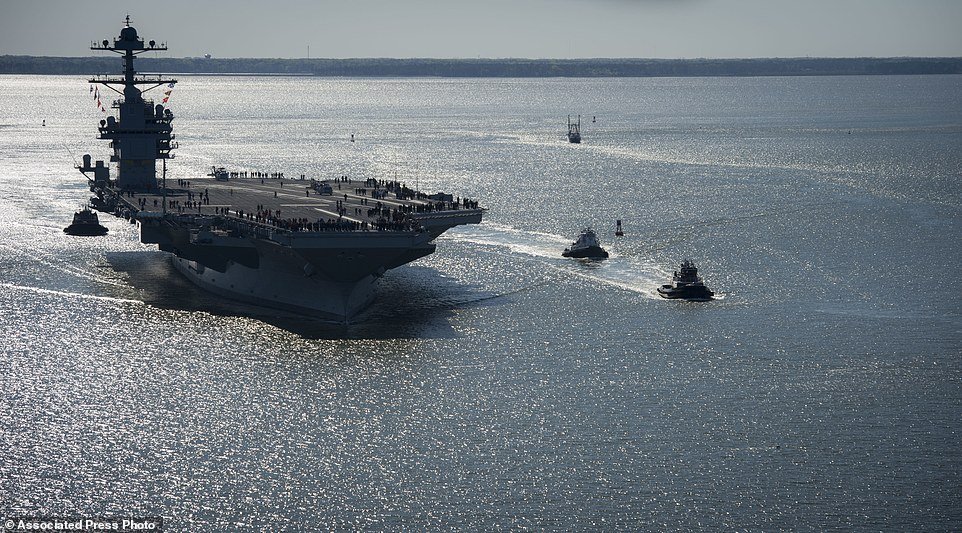 The carrier was also designed using only 3D computer modeling. 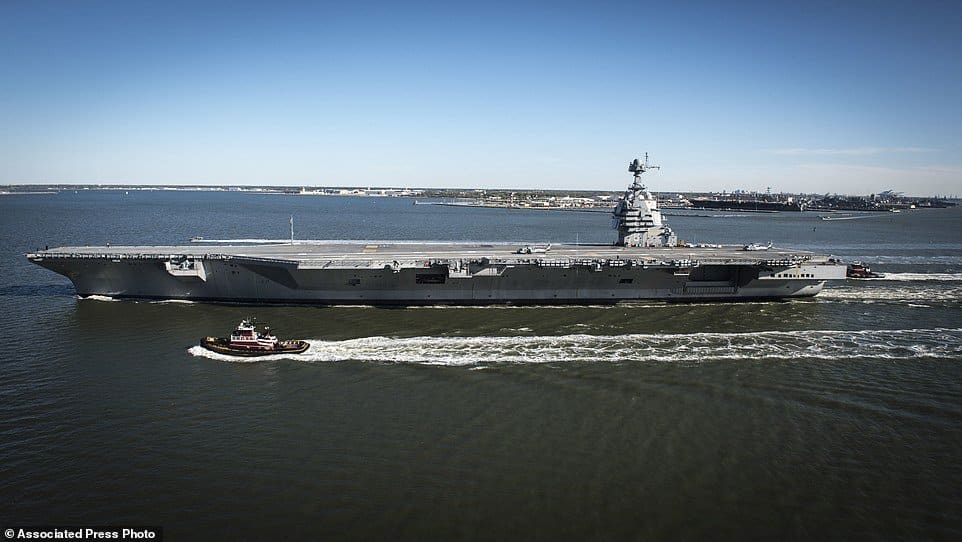 The Ford will serve as a replacement to the USS Enterprise, which served the Navy from 1962-2012. 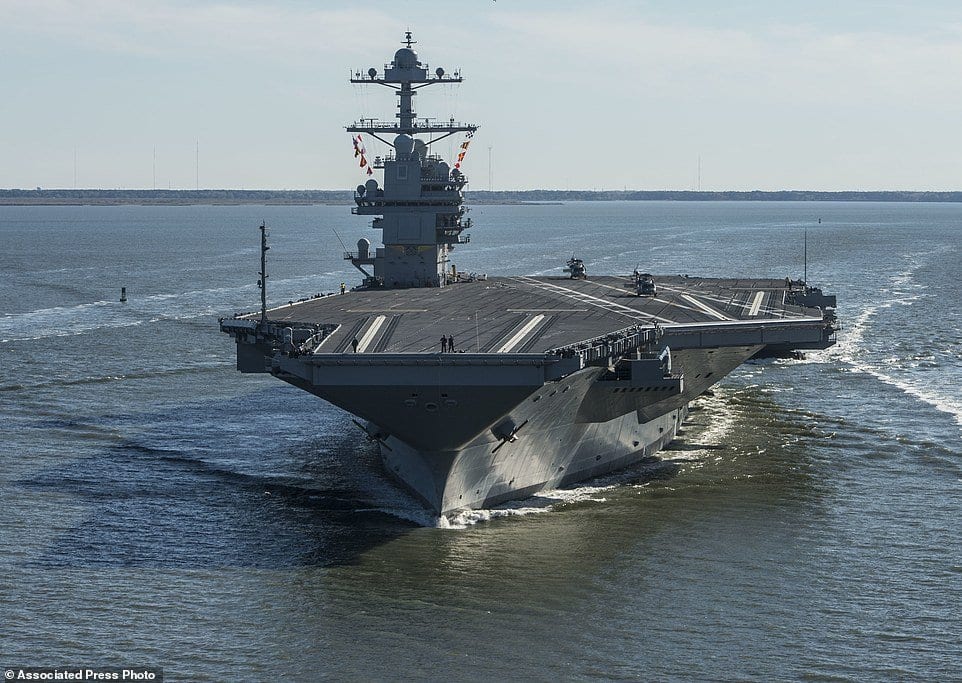 For now, the Ford cannot be used in combat; it will be ready for combat sometime in 2021. This means that President Donald Trump would have to be re-elected for his second term before he can put it to good use.