Women do come up with tons of funny outlets whenever they get their hearts broken. While men would usually only drink up the pain with their bros, ladies probably have over have a million of different ways on expressing their torment – or their anger.

The crazy thing here is when girls choose to take their dramas to social media but end up being instant celebrities. Facebook and Twitter are only two of the many platforms which are overly crowded with rants of ladies facing relationship troubles. At times, we would even want to slam our phones for reading such utter non-sense where some women would make a scene out of not getting SMS replies from their men!

So while most would make a similar fuss out of their unfortunate break ups, this 18-year-old girl took the upper hand as she came up with a classy way of getting back at her ex-boyfriend.

Gbi Dunn and Jeff Bright were a couple for three months before they split up two days after their prom. 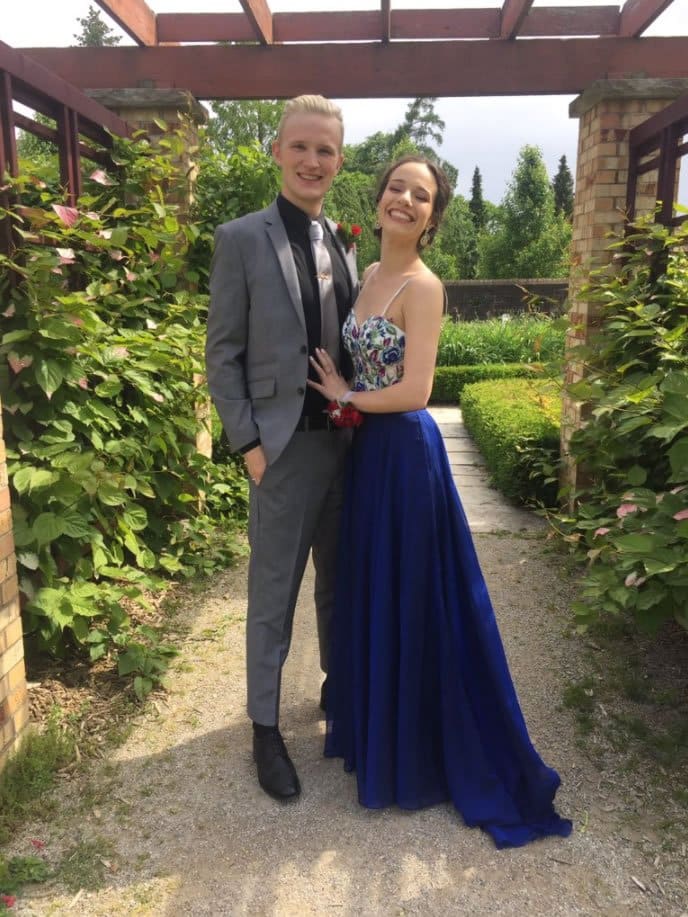 Gabi Dunn and Jeff Bright, 19, dated for a little over three months before they later split up, according to BuzzFeed News. The catch here is they called it quits only two days after their high school prom.

“It didn’t feel great…But I’m over it; we are still friends.”

Gabi still feels awful by the fact that she was dumped after looking gorgeous in her blue gown at the prom. However, she felt like she had to keep their prom photos and do a little editing instead so she can still flaunt her great look on social media.

“I thought it would be funny not to waste my prom pics and put in my favorite actor instead.

Gabi Dunn used Photoshop and on her prom photos and replaced her ex-boyfriend with Hollywood actor Ryan Reynolds. 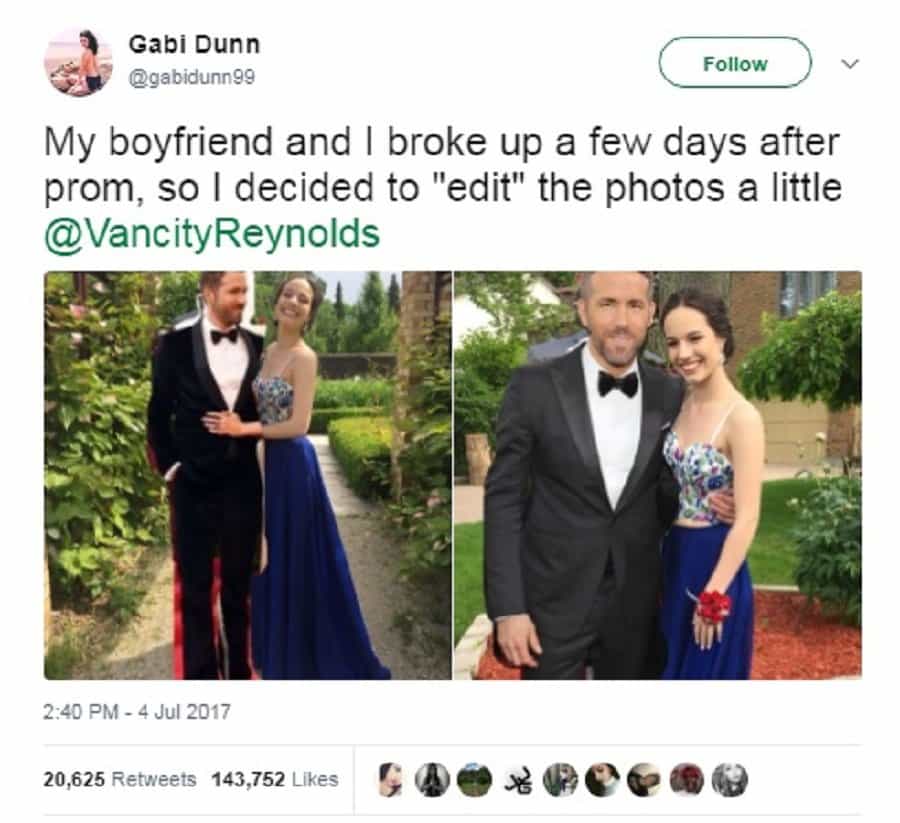 Her decision to use Ryan Reynolds to cover her ex-boyfriend’s face proved to be a genius move, earning her instant stardom on Twitter. Her ex-boyfriend even admitted that the move was funny and he was totally fine with being Photoshopped. Well at least he was replaced by the world’s previous sexiest man alive!

“I really enjoy [Reynolds’] movies and I think it’s nice that she used another Canadian.” 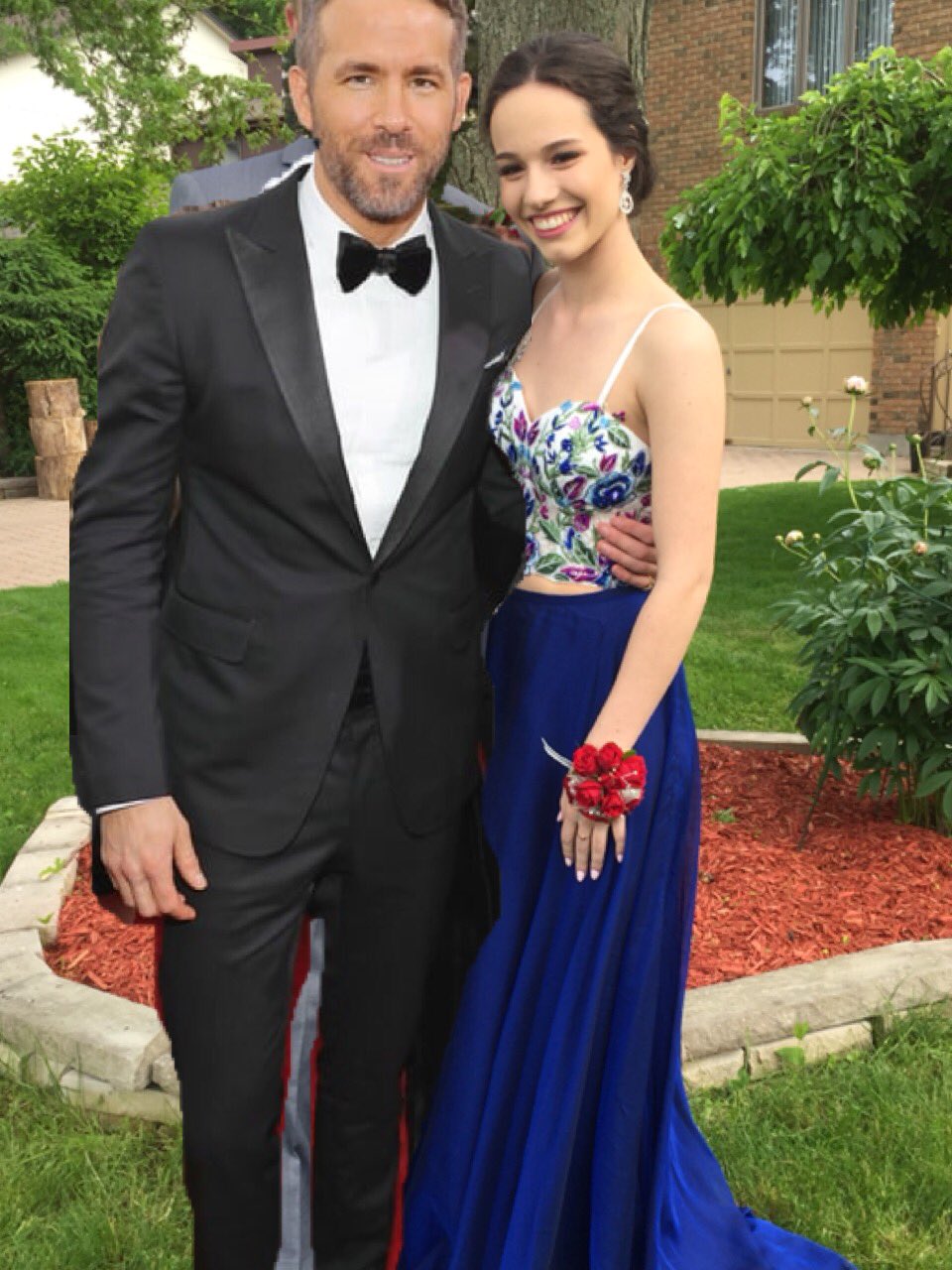 Many users then flocked to Gabi’s tweet and posted their own Photoshopped pictures with their exes. 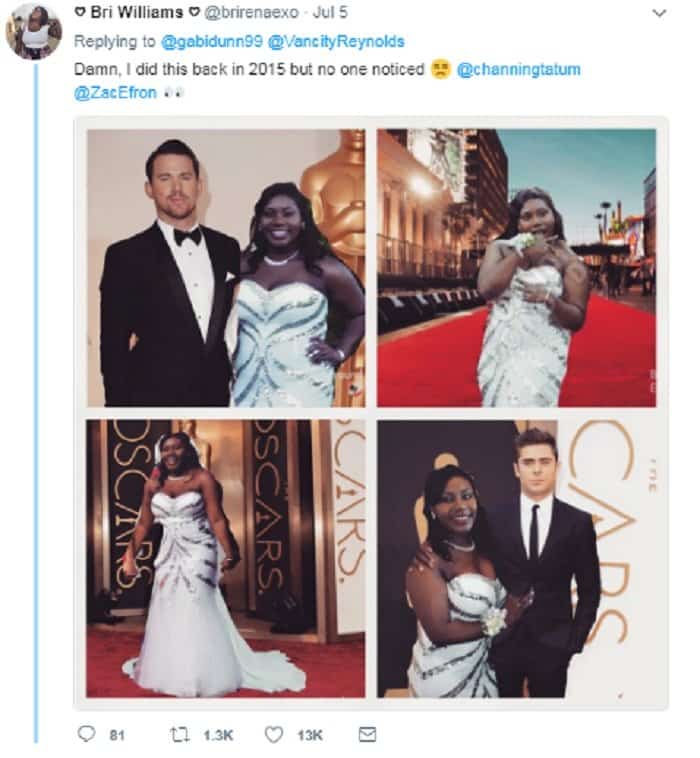 And it seems like someone's happy to know she's not the only one dumped after their prom. 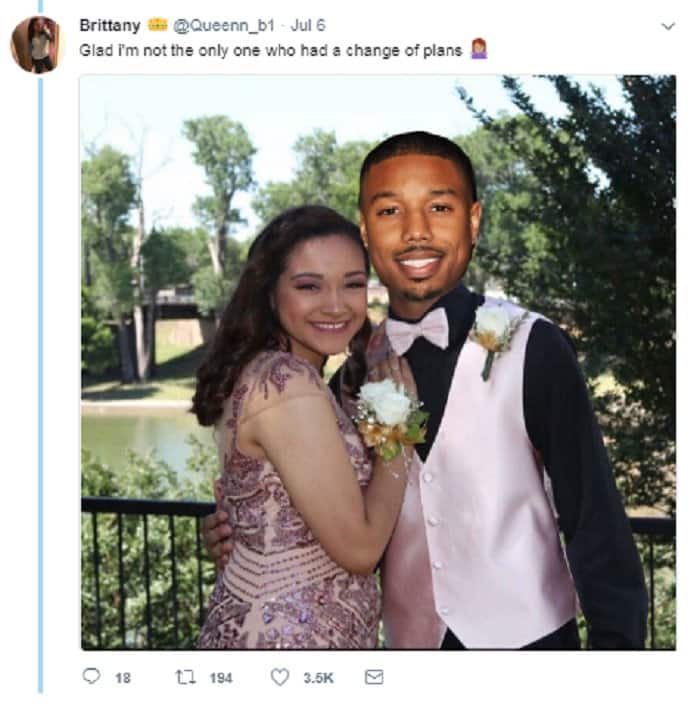 Meanwhile, this girl is a little too happy kissing Nick Jonas in her Photoshopped picture. 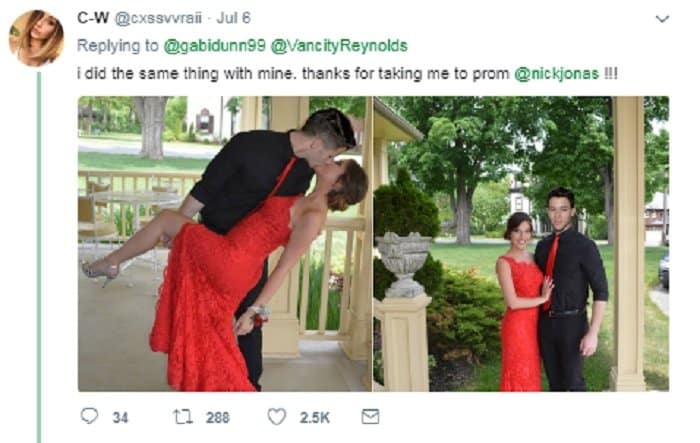 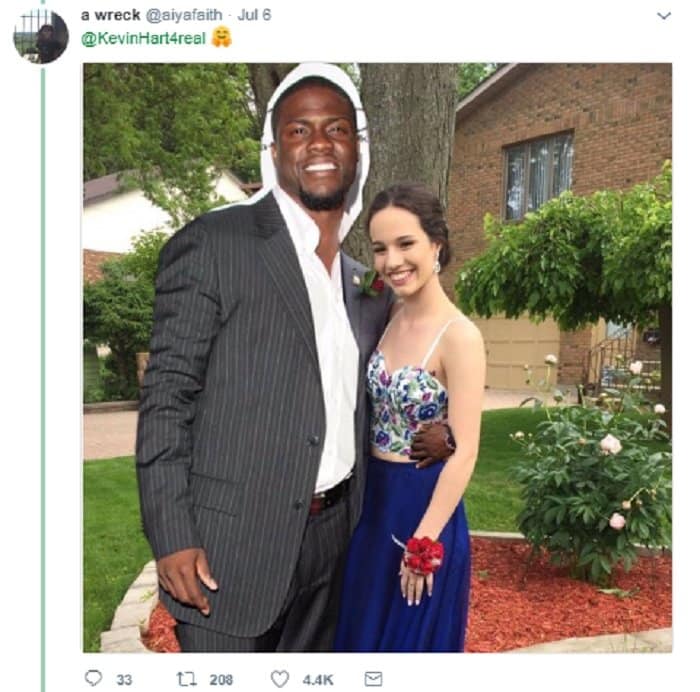 The photo even reached the radar of Ryan Reynolds where he replied to the thread with his cool consent to use his face in Photoshopping their yearbook!

Ryan Reynolds was down with another Photoshop, this time for their yearbook! 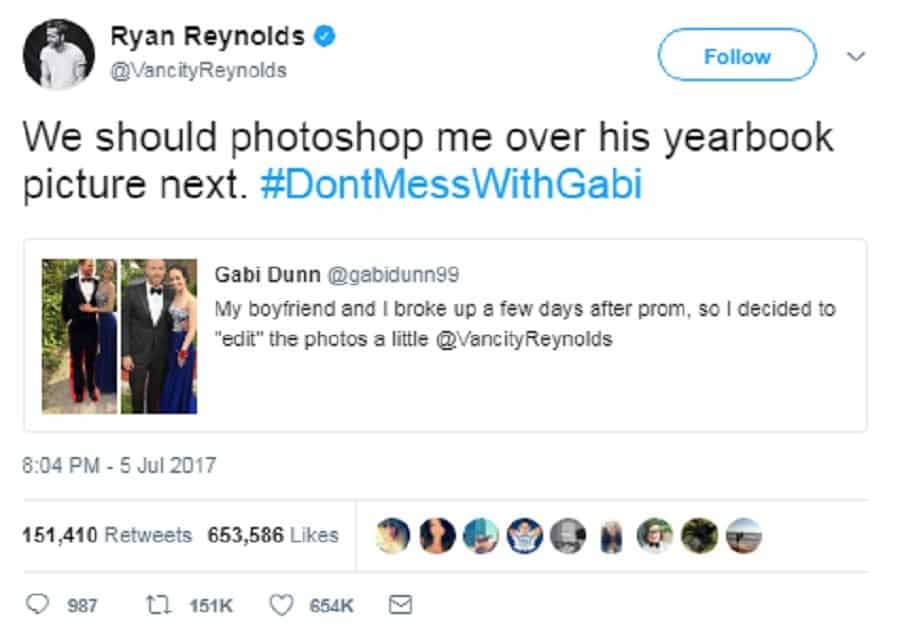 Jeff then left a bitter reply under Ryan Reynold's tweet. 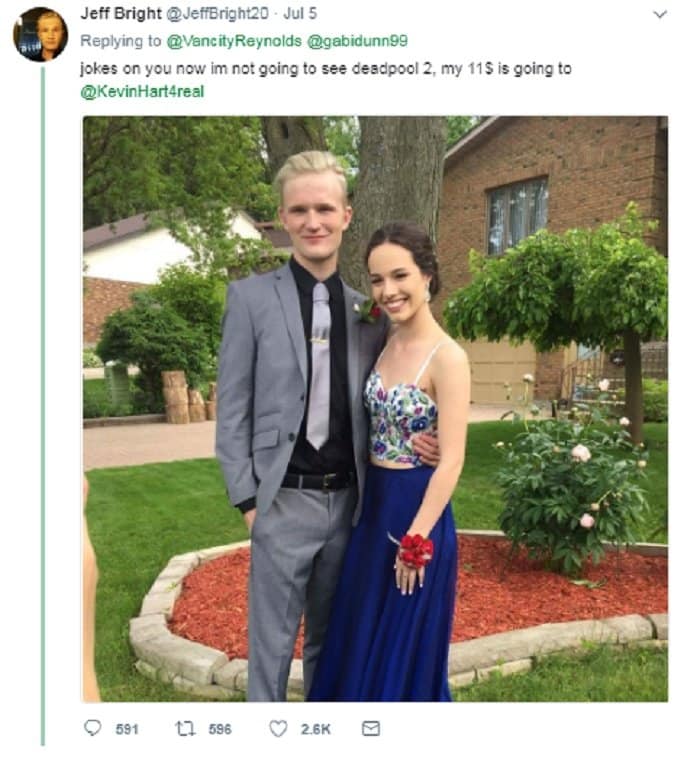