Deadpool seems to be everywhere these days – from starring in a crazy music video with singer Celine Dion to invading Stephen Colbert’s Late Show opening monologue. As it looks like, the Merc With A Mouth isn’t showing signs of slowing down in promoting his new movie anytime soon.

Now buyers at Walmart are having a blast after discovering the anti-hero has ‘photobombed’ the covers of many classic movies. Name it: from Edward Scissorhands and Terminator, to Speed and Assasin’s Creed, among others.

It’s a marketing move sure to grab everyone’s attention. 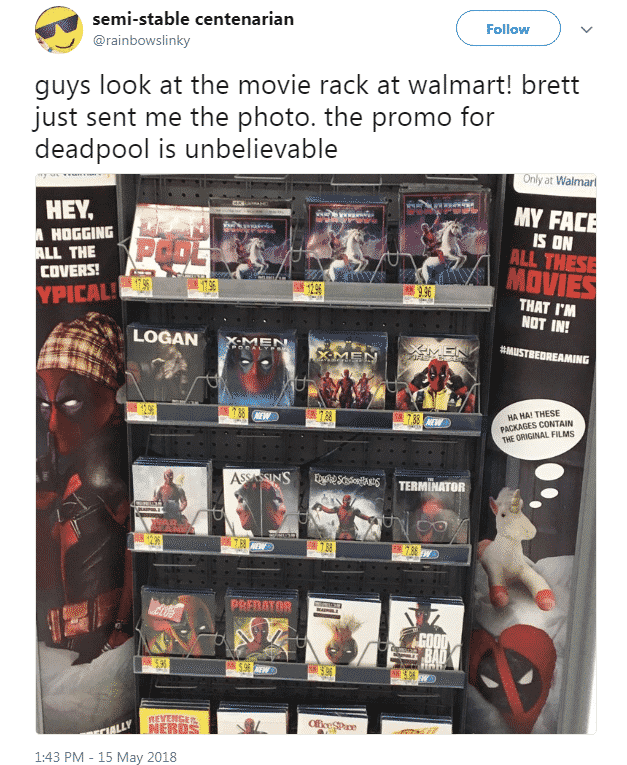 Although the original movies are still inside the BluRays, we do not doubt this Walmart promotional tie-in will not only make people laugh but entice fans to collect the movies all over again.

Of course, it didn’t take long until people began sharing photos of the hilarous find on social media. 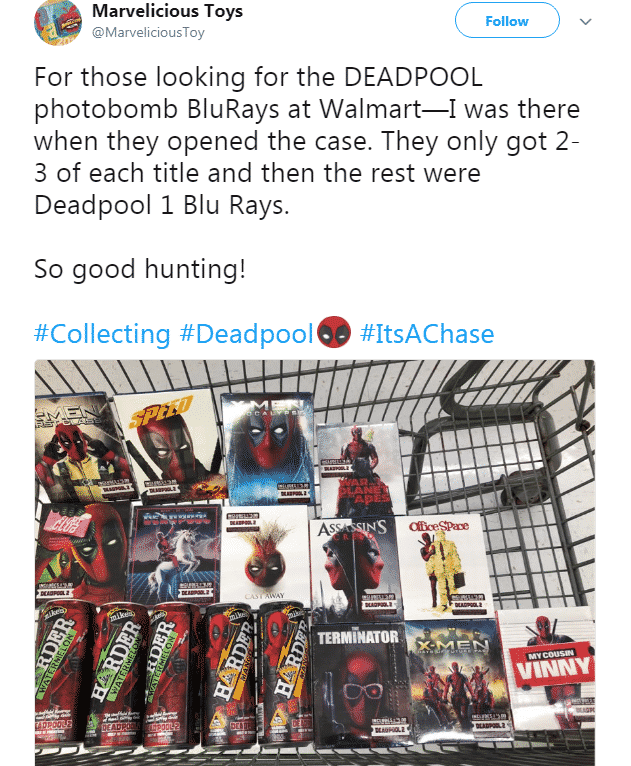 A LadBible report even tells us that some fans just “went ahead and bought the entire set of 16 movies with the new slip-covers.”

Of course, people couldn’t help but wonder what it would be like if Deadpool actually starred in these movies. 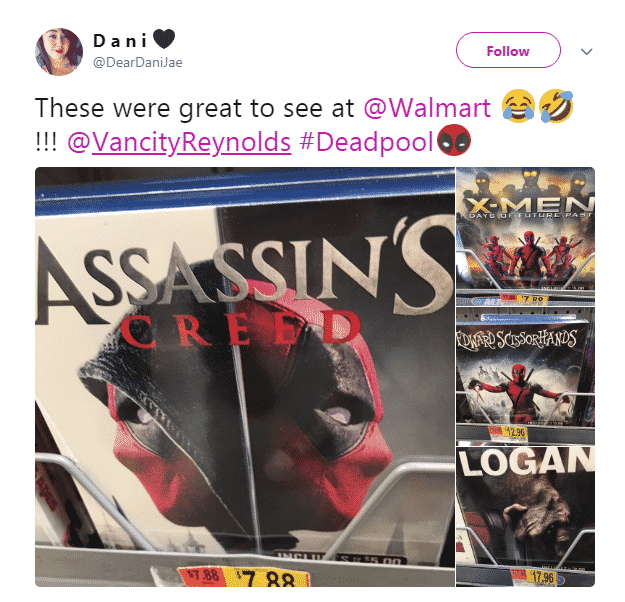 I mean who wouldn’t want to see him onscreen in Hugh Jackman’s Logan, right? That would definitely be something!

Deadpool 2 is currently getting positive reviews from both critics and moviegoers. 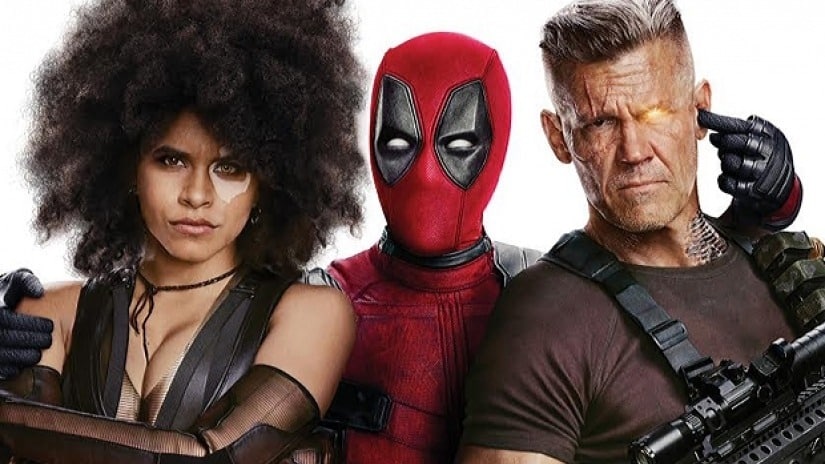 Deadpool 2 stars Ryan Reynolds as the title character along with Josh Brolin as Cable and Zazie Beetz as Domino.

Writing about the movie, Mike Ryan of Uproxx, said:

“Didn’t like the first Deadpool. DEADPOOL 2 beat me into submission until I was actually enjoying myself. Also, it features my now favorite post-credit scene.”

“Happy to report Deadpool 2 is a lot of fun and had me laughing beginning to end. Stuff after the credits is *awesome*. All the people added to the film were perfectly cast. Avoid spoilers. Always makes it a better experience.”

And yeah, here’s the viral music video for “Ashes” with Celine Dion:

Deadpool is originally created by writer Fabian Nicieza and artist Rob Liefeld and was first introduced in the Marvel comicbook The New Mutants #98.