Now that winter is here and the White Walkers are threatening to overtake and kill everyone in Westeros, weapons made of Valyrian steel have suddenly become the most precious commodity in the continent.

If you’ve seen the Battle of Hardhome, you’ll know that the White Walkers are almost indestructible and they can be killed by only two things: Valyrian steel and Dragonglass. 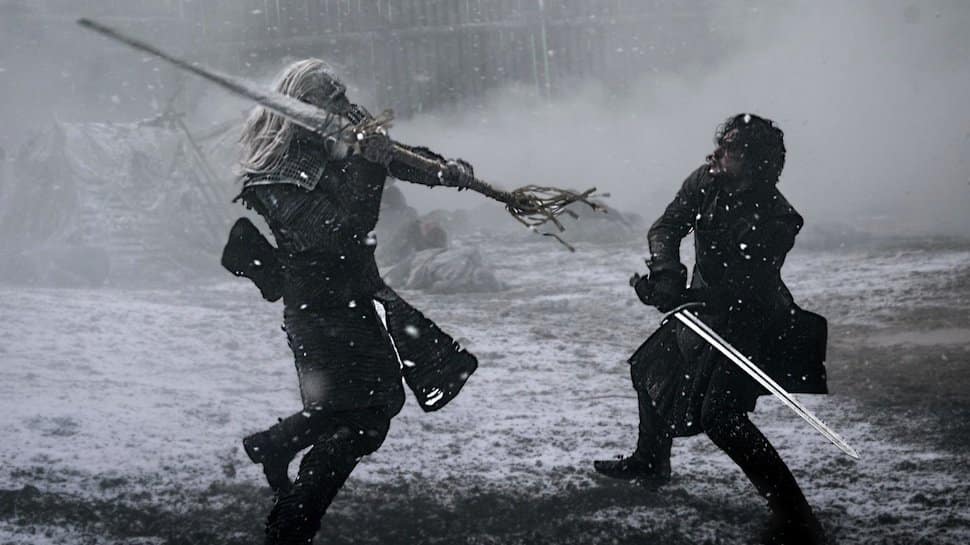 Weapons made of Valyrian steel are the most sought-after in Westeros and all throughout Essos. Valyrian steel is an ancient metal invented in Old Valyria and is known to be lighter, stronger, and sharper than any type of steel. But since the doom of Old Valyria, Valyrian steel has become extremely scarce because the knowledge of how to create it seems to have died with the ancient city.

So scarce that men can kill each other over weapons made of Valyrian steel! 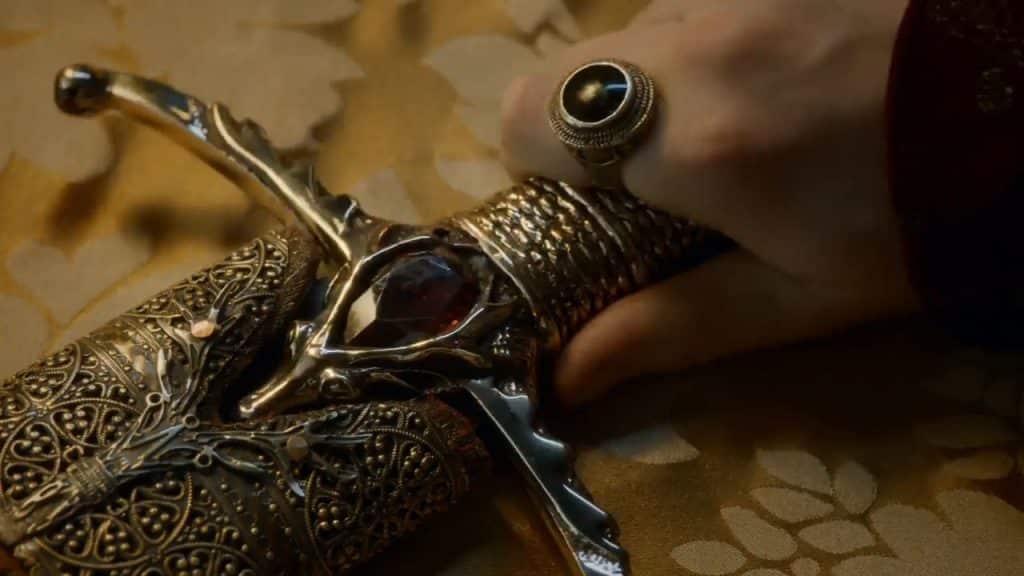 Nobody else seems to know the secret ingredient to forging Valyrian steel, but the answer may be as simple as you think. George R.R. Martin himself has already given an essential clue to what Valyrian steel is made of.

According to the author,

“Valyrian steel is a fantasy metal.”

So that means it has magical characteristics and magic plays a role in its forging.

Theories from fans say that dragonfire is an essential ingredient in forging Valyrian steel. But this seems false because the blacksmiths that reforged Ned Stark’s large sword Ice obviously didn’t have dragons and they were able to use ordinary fire when they split the broadsword into two smaller ones: Jaime Lannister’s Oathkeeper and Joffrey Baratheon’s Widow’s Wail.

The Daddy of Oathkeeper and Widow’s Wail 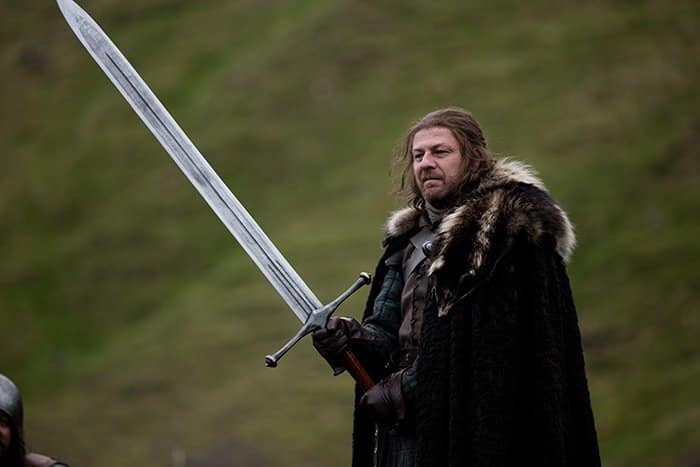 Also keep in mind that the blacksmiths were only able to make new swords using an existing weapon made of Valyrian steel; they were not able to make new steel because obviously they didn’t have the secret ingredient.

SO WHAT IS IT? This is where Dragonglass comes in. Remember when Sam Tarly was able to kill a White Walker using blades made of Dragonglass? What if Dragonglass IS the mystery ingredient in creating Valyrian steel?

If not for Dragonglass, Sam Tarly would be dead by now. 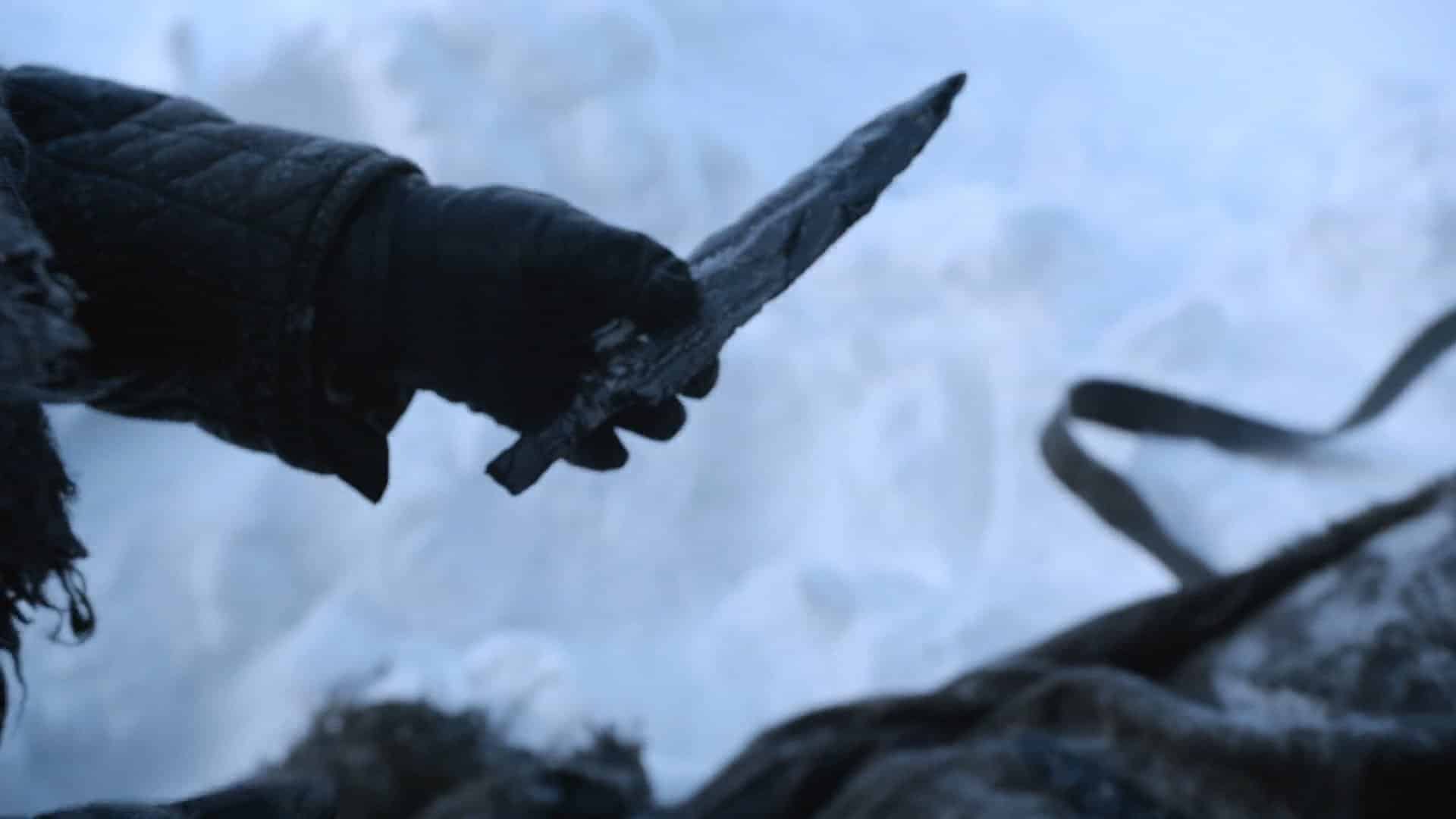 If this is the case, Jon Snow definitely made the right decision in risking his neck to convince Daenerys Targaryen to grant him access to the abundant supply of Dragonglass hidden underneath Dragonstone.

Watch the video to know why Dragonglass may be the secret ingredient in making Valyrian steel: