A 16-year-old boy in India was rushed to the emergency room after experiencing excruciating stomach pains. It turned out that it was not a simple stomach flu but two pounds of wood and plastic lodged in his gut.

Surgeons in Bhathinda, Punjab operated on Arjun Sah’s body after the boy complained of severe stomach pains. Puzzled on what is causing the pain, the doctors performed an endoscopy and found gruesome things inside his body.

Teen in India was suffering from stomach pains when doctors found trash inside him. 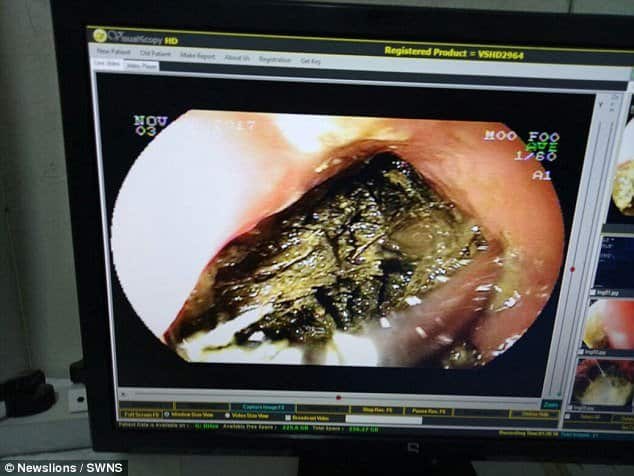 Two surgeons performed the operation of removing at least 300 grams of materials from his body. Doctors revealed that Sah has a secret addiction to chewing on shreds of plastic and lumps of wood.

A kilo of wood and plastic was lodged in his intestines blocking food and water. 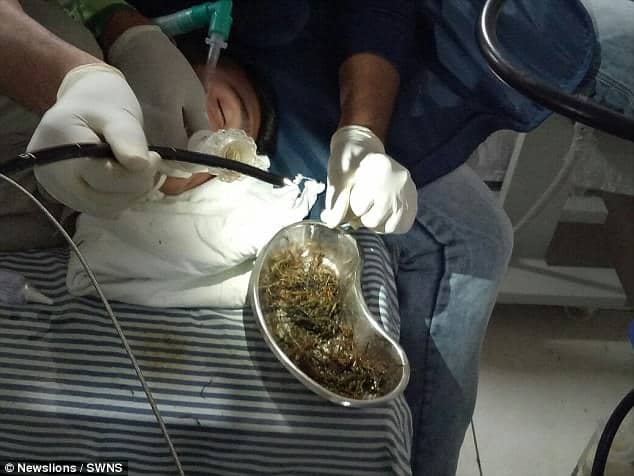 According to the patient’s father Gurmeet Sah;

“Whenever we spotted him eating rubber, we would stop him from doing so, but he wouldn’t mend his ways. Away from our sight, my son continued ingesting these items. As time passed by he became addicted to this, but never complained of any problem.

We thought the boy has grown up and kicked the habit by himself but that was not the truth. One and a half years ago, Arjun first complained of stomach pain. Since then he has been suffering from acute stomach ache. We took him to several doctors, but nobody could diagnose what was the actual problem of the pain.”

After the operation, the teen was advised to get psychiatric help. 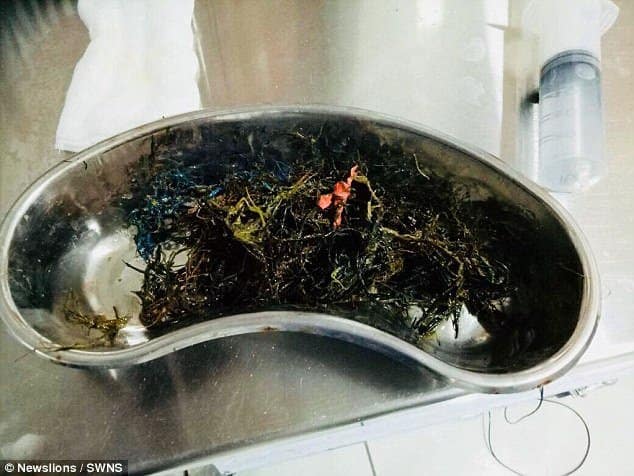 Initial diagnosis is he had an ulcer but the patient’s health deteriorated rapidly as he began losing weight, stopped eating and had trouble breathing.

“Around a week ago, his condition started deteriorating after he complained of breathlessness and stopped eating altogether. I am thankful to the doctors that saved the life of my son.”

The doctors found out that the wood and plastic formed a knot in his intestine that even a drop of water cannot pass through his body. Doctors said that the boy was brought to them at the nick of time and any delay could have become fatal for the boy.

After the surgery, doctors recommended that the teenage boy should undergo proper counseling to treat his strange addiction.

Watch the stomach-turning operation below.