Doctors in Punjab, India had to operate on a 15-year old teen girl and remove an astounding 1 kilogram of hair from her stomach. The girl, who was admitted to the hospital after complaining of not being able to eat or drink anything, had a massive clump of hair in her stomach which required immediate surgery.

The doctors had to operate immediately. 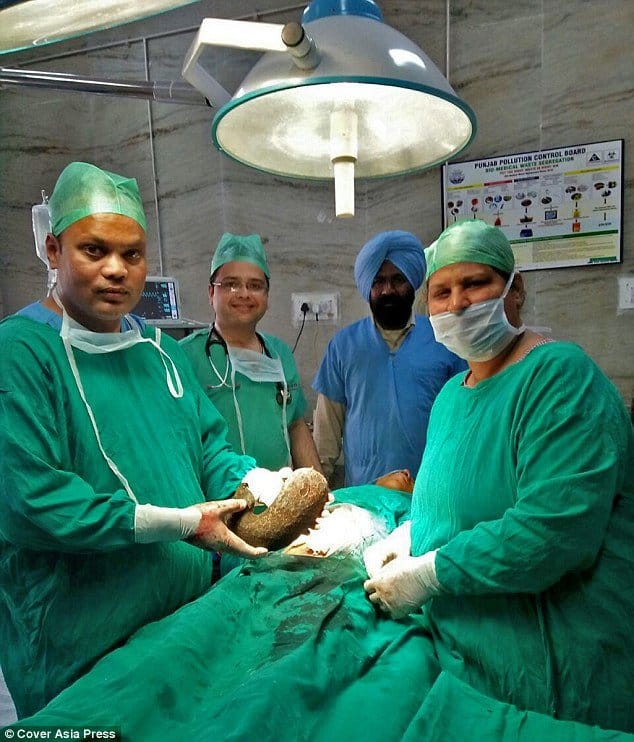 A whopping kilogram of hair! 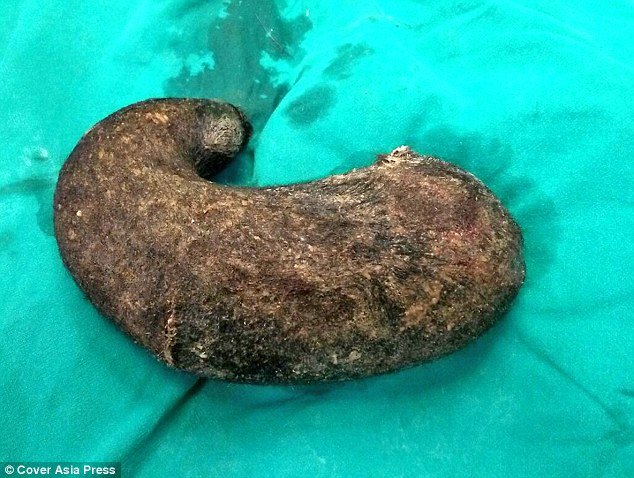 This resulted to a rare “Rapunzel syndrome” that had her chewing on her hair for years.

She swallowed so much hair that she became unable to eat and would just vomit everything she takes in. 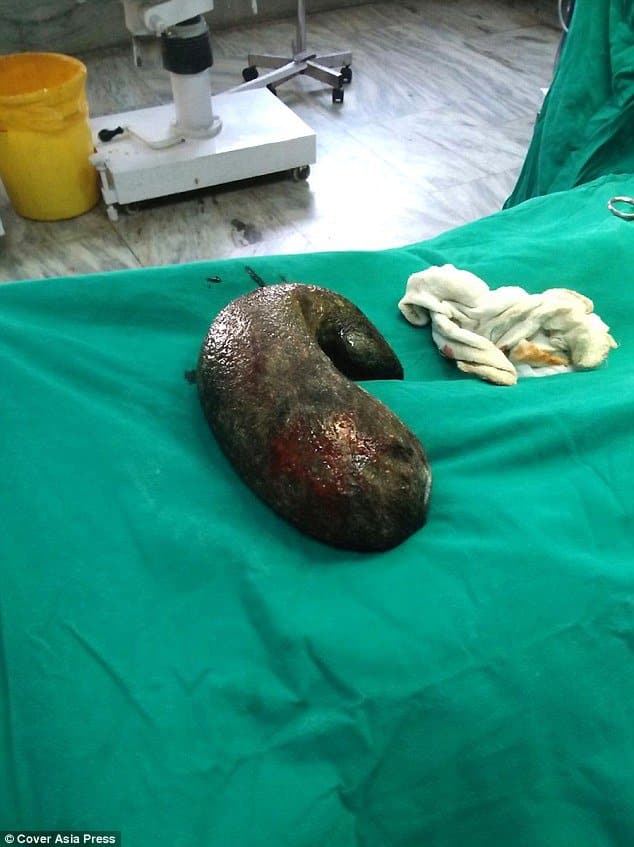 Check out the video to see what the doctors removed:

The Rapunzel syndrome is mostly found in younger people who are emotionally disturbed or have learning disabilities. This results to them developing hairball, which comes from the stomach and has a tail that can be found in the small intesting. Accumulation of hair will cause abdominal pain and nausea. This syndrome is rare – according to doctors writing for BMJ Case Reports as there are only less than 120 cases reported and most of them are found in young women.