MMA fighters have different reactions when losing fights. Some hang their heads in disappointment. Some maintain a poker face to hide their emotions. Some actually break down and cry. This fighter lashed out in frustration – which is quite a common reaction – but the end result is not. He punched a ring girl standing right beside him.

It’s fortunate that he did so unintentionally and the whole thing was just an accident. But it was still quite a sight to see.

Andrew Whitney, all known as The Beast, was standing beside the referee waiting for the decision on his fight with Farkhad Sharipov (who was standing on the other side) at Titan Fight Championship 42. Whitney was on a four-fight winning streak and judging from the way the TV cameras were focusing on him, he was expected to win the bout. 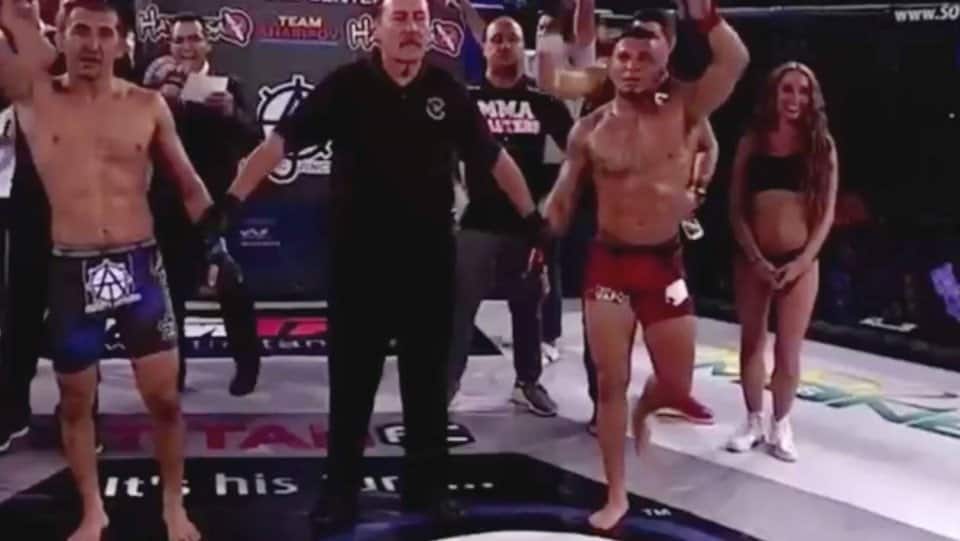 But Sharipov was declared winner instead, which caused Whitney to throw his right arm out in frustration. Unfortunately, the ring girl was standing beside him and his fist connected to the girl’s jaw. 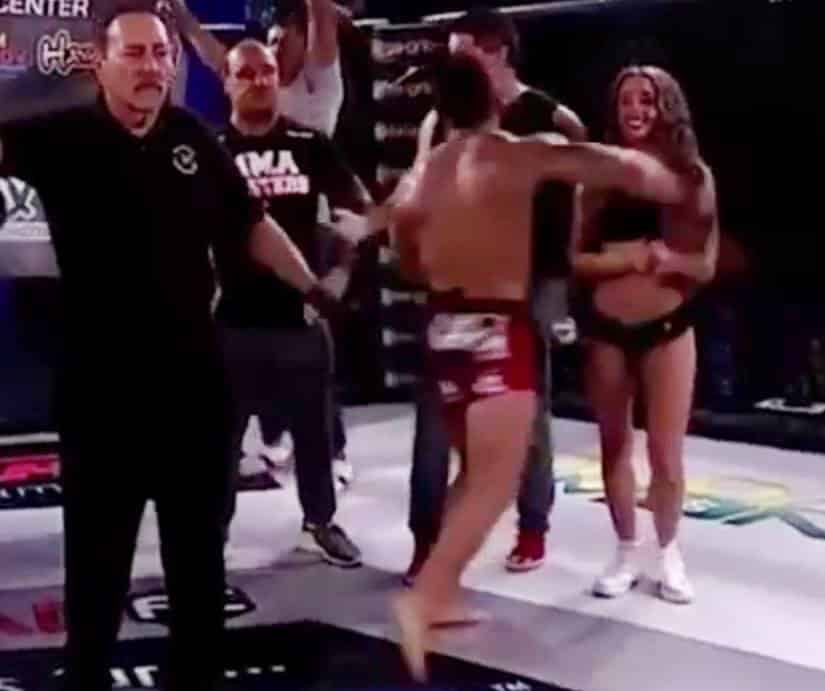 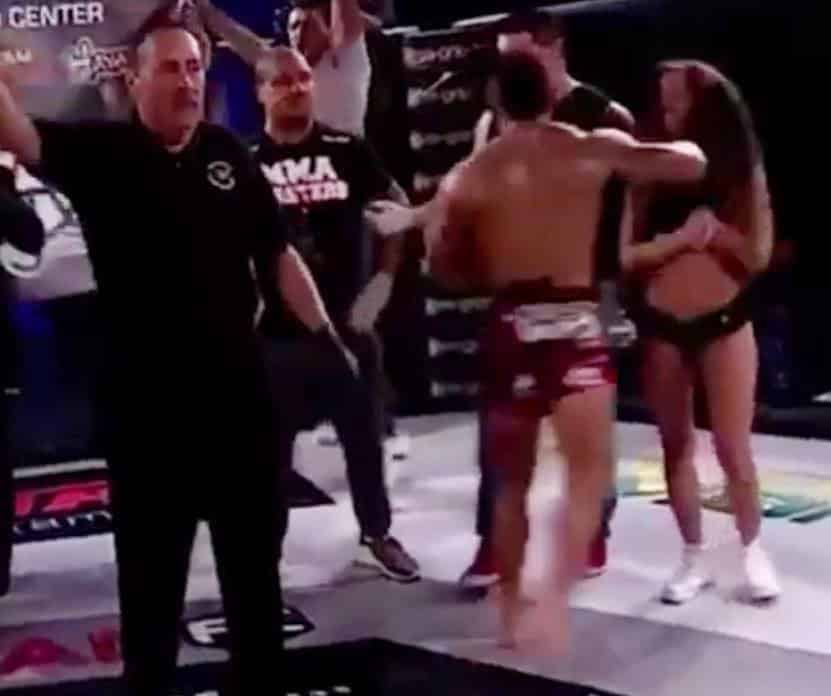 The footage failed to capture what happened next, but reports say that she wasn’t knocked out and was more surprised than injured.

Watch the video to see how it happened:

“In the immediate aftermath of loosing a very close title fight at Titan FC 42 Andrew Whitney threw a punch out of frustration which unintentionally hit one of our ring card girls.”

“Our ring card girl was attended to by the ringside doctor and officials. She indicated she was fine and was more surprised by the punch than injured.”

“Titan FC is broadcast around the world and we expect our athletes to conduct themselves in a professional manner at all times.”

Well, we’re just glad to hear that she’s all right!

MMA Fighter Caught in A Chokehold Poops All Over Octagon Canvass 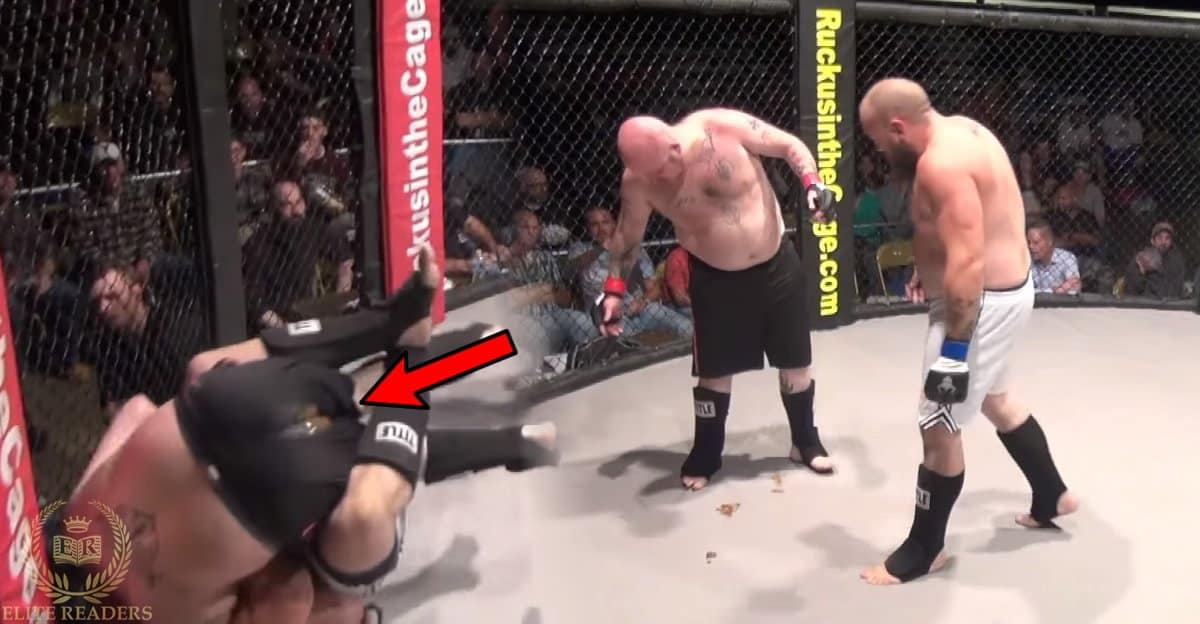