We’ve seen some funny exam or homework answers from kids before. Some of them borders on the philosophical, and others are just hilariously pointless. But there is one alleged homework answer seen on Reddit, about a kid getting an F on his paper because of asserting his belief in the Bible.

The alleged homework was simple, identify the name of each of the dinosaurs in the pictures. And the kid’s epic bible-based answer?

And on the 5th day God made the dinosaurs, changed His mind and wiped them out 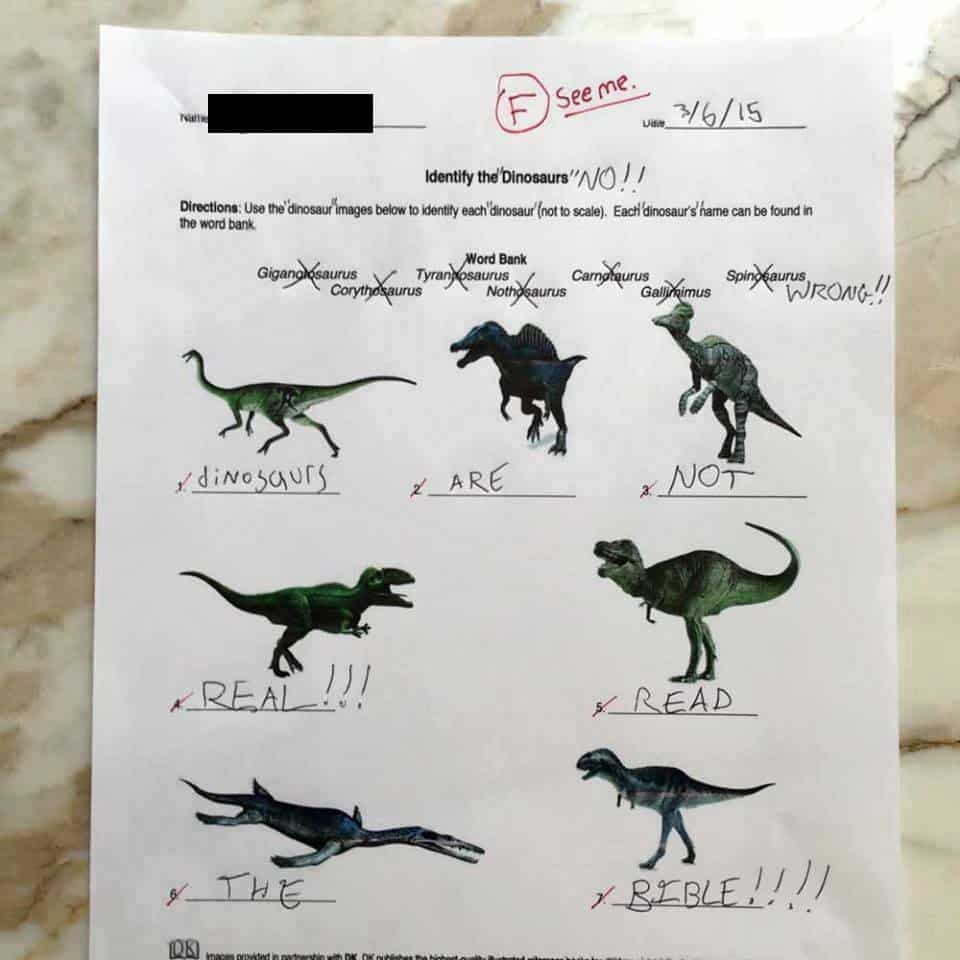 Kudos to the kid for knowing his bible verses and for his staunch belief in its teachings. Was the teacher harsh for marking the paper an F because of conflicting beliefs? Is this another case of Creationism vs Evolution, Science vs Religion?

This “homework” kind of reflects to us that the divide between staunch religious supporters and science still holds. On a lighter note, I leave you with this comic by cartoonist Regan from Pinterest. It is a hilariously good bible-based explanation why the dinosaurs were wiped out!

To be fair they were invited in the Ark, they just forgot 😛 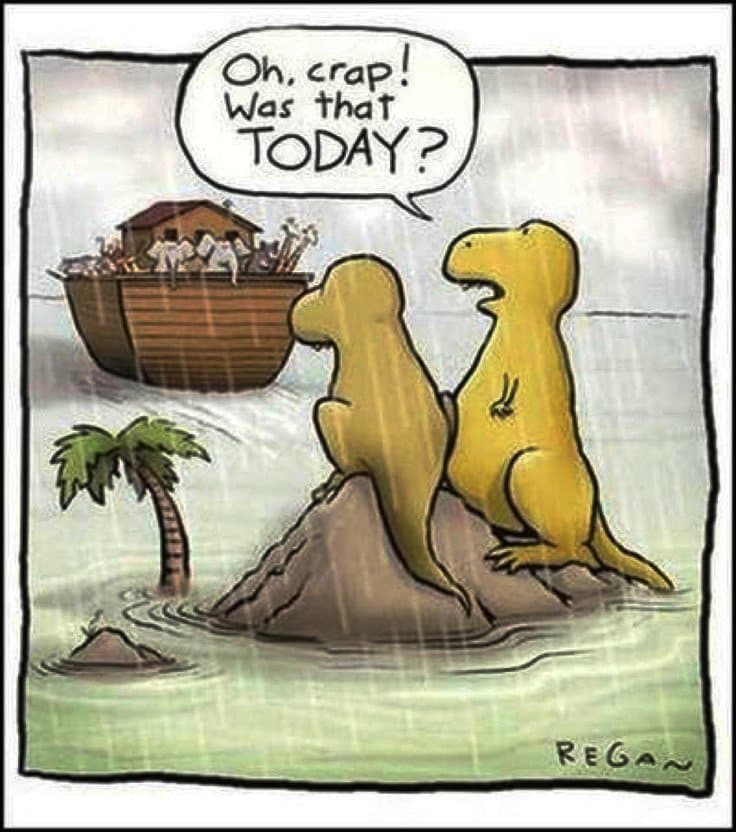 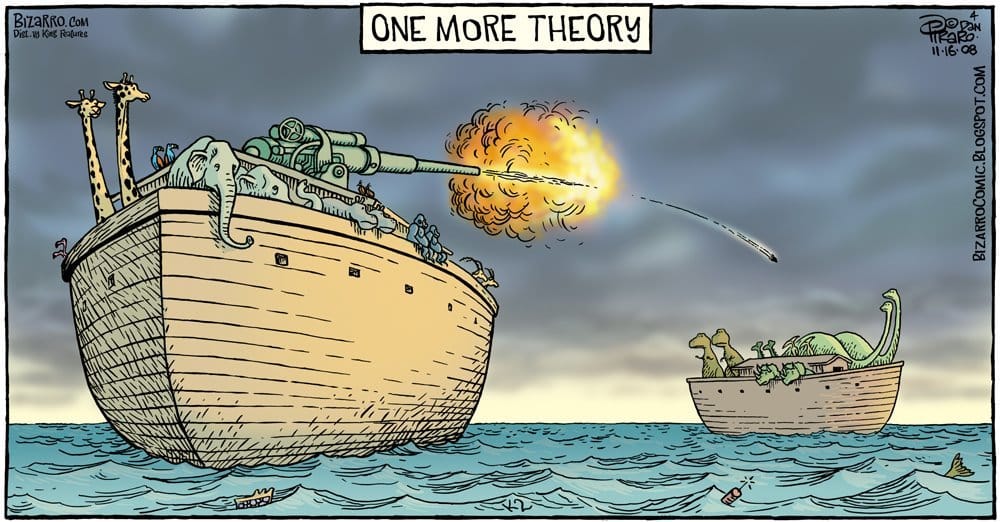 What do you think of this story? We’d love to hear your thoughts.