The Philippine government is dealing with a crisis in Marawi City. Some local ISIS-backed terrorists have taken over the city, which is situated in the province of Lanao del Sur in Mindanao. This is where the tale of a heroic young Filipino soldier happened.

Marawi City has become a war zone as ISIS-backed terrorists have taken over some parts of Marawi. They have burned down some structures, including a church. Amid the evacuation of residents and continued hostilities, the challenges faced by the Philippine military have become very obvious.

This fearless young man gave his life for his country. 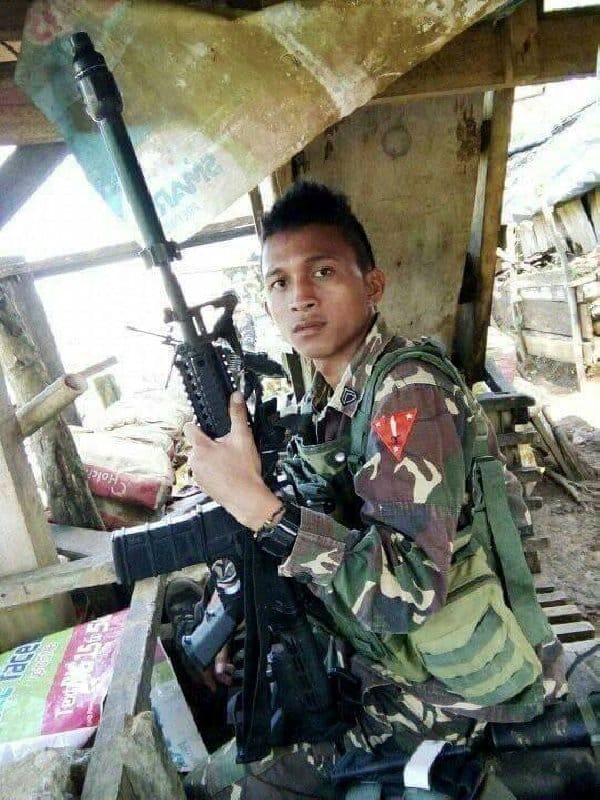 Here is the story as told by The Sibugay Express (with minor edits for clarity):

Bayot was part of a team of nine soldiers from the 51st Infantry Batallion that was stationed in a detachment in Barangay Lilod, Marawi City on May 24, the second day of the siege. They were dispatched to the said post upon the request of a town mayor for added security. The mayor’s residence was just above the detachment.

Bayot and his team were attacked just moments after they arrived at the post. A witness said that aside from the shots from both sides of the road, gunfire also came from the mayor’s house.

Apparently, the mayor’s house was already overtaken by the terrorists or his bodyguards might have sympathized with the [ISIS-backed terrorists]. The soldiers themselves couldn’t tell who was firisng at them. They were caught by surprise by the volley of fire that seems to come from all directions.

[Before long], five of Bayot’s companions were dead. Moments later, three other soldiers were shot dead, too.

Bayot, the lone survivor, radioed his commanding officer for reinforcement but none came. A few hours later, he called again. This time, the commanding officer replied and told him that they attempted to get the reinforcements to him twice, but they couldn’t get through as the only passage to him [had enemy forces lying in wait].

Evidently, Bayot saw death as the more honorable option in order for the ISIS-backed terrorists to be hit without risking the lives of other soldiers.

He was buried in his hometown in a simple yet meaningful ceremony. 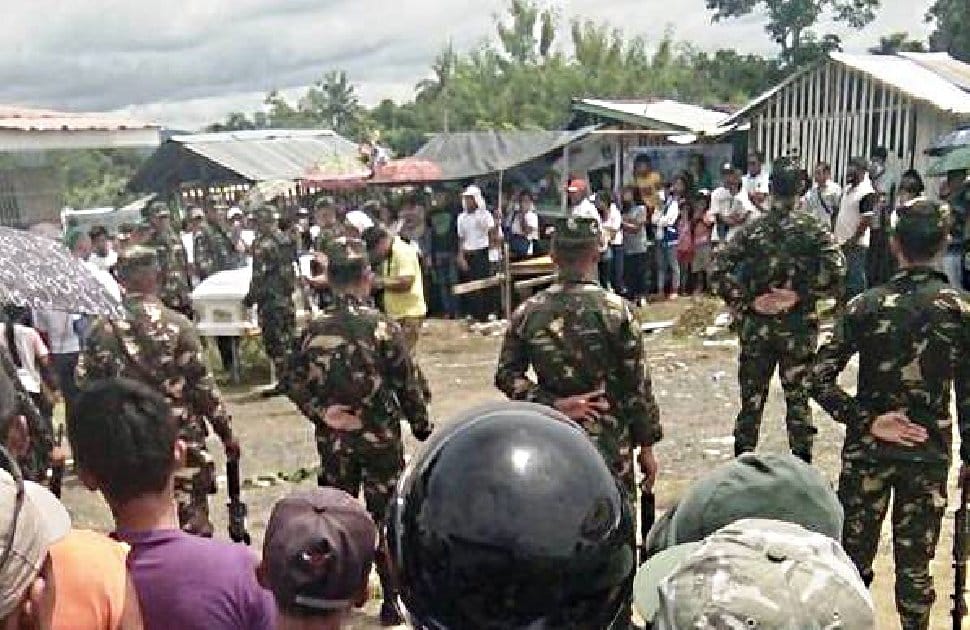 The heartbreaking tale didn’t end there. The Sibugay Express continued:

Bayot’s dead body and the remains of his comrades were retrieved on May 28—four days after they were killed.

One of those who retried the remains of the soldiers was Bayot’s own father, Sgt. Larry Bayot of the Division Reconnaissance Company of the 1st Infantry Division.

Sgt. Bayot related that it took four units from different battalions of the Philippine Army to retrieve the soldiers’ bodies because of the difficult terrain. He understood why it was really hard for reinforcement to get to his son.

But what broke Sgt. Bayot’s heart even more was that he saw his dead son’s deformed face and the deep cut around his neck.

It’s presumed that when the young soldier ran out of bullets, the terrorists might have taken turns of bashing his face before slashing his neck in an attempt to behead him.

Bayot’s body was brought back to be buried in the family’s hometown in Barangay Upper Pangi, Ipil, Zamboanga Sibugay. The day after he was buried, President Rodrigo Duterte went to visit the Bayot family.

Duterte gave Sgt. Bayot the posthumous medal for his son, P250,000 (about $5,054) in cash and a pledge to give financial assistance to the Bayot kids who were still in school.

President Duterte offered condolences and help to the bereaved family.

In any case, when Duterte asked Sgt. Bayot what else he could do yor the family, the latter Bayot replied that his 18-year-old son wants to join the Army, too. Duterte said, “No, not yet, he has to finish his college first. Then, after that maybe we can let him enter the army or even the police.”

People who have been touched by the heroic act of the young soldier have remarked that is was quite ironic that in the language used in the region, the word “bayot” refers to someone who is gay or is a coward. That’s definitely far from what Private First Class Dhan Ryan Bayot was.