Several weeks ago, we shared with you the fascinating story of Carlos Torres who designed a fun but functional Lego-compatible prosthetic arm. After a few blogs, we also wrote about Mobile Factory’s Q-Brixx technology which turns debris into stackable blocks used for creating new homes.

Well, it seems many Lego-loving kids have grown up to be geniuses. Here’s another proof!

Meet Lego geek and tech master Danny Benedettelli, a designer who successfully created a wearable exosuit that can control a small robot. Both the robot and the suit are made using the little toy bricks.

It’s really pretty cool! The robot mimics Danny’s every movement. If you’ve seen popular sci-fi flick Pacific Rim, it’s actually a lot similar with that – well, except that this guy’s robot is of a much smaller scale.

Watch the robot in action here:

Actually, Danny does this professionally. He customizes Lego models for different companies and educational programs. In creating the robot though, he utilized Lego Mindstorm NXT system and then he used electronic components for the exosuit. He also used Bluetooth technology to hook connect the suit to the robot. His movements are transmitted wirelessly to the robot’s mechanisms, resulting to the little machine imitating all his movements.

Danny calls it the Cyclops project and as of present time, he can only control the robot’s upper part namely the hands, arms, and shoulders. He is currently working on adding controls for the legs as well.

This young inventor is really on to something big here. It’s really awesome how he came up with a human-controlled robot with just a few Legos, some electronics, and an Android smartphone.

Imagine how cool it would be if this technology eventually becomes available in the market. I’m predicting robot fighting games ala Real Steel will be extremely popular! We wish him luck for this project.

This Man Made A Drill-Powered Walking Machine That Looks Like An Apocalyptic Robot! 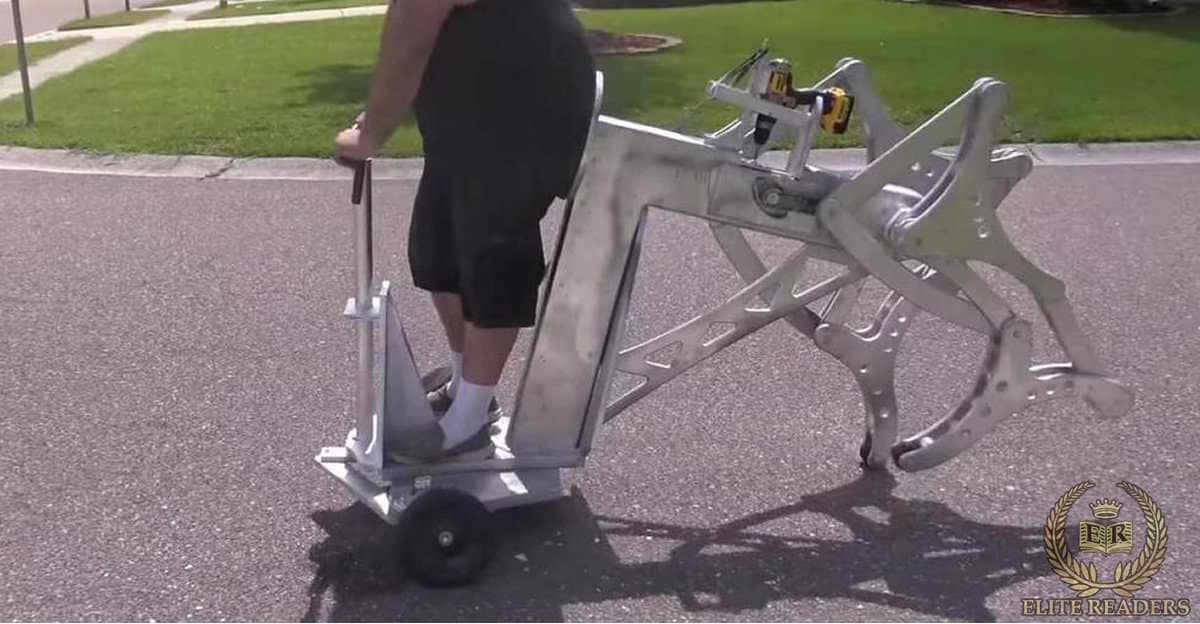