In every part of the world, there are brazen criminals who dare to strike even in broad daylight. They use the element of surprise to throw people off-guard, making it easy for them to pull off their crime even with bystanders around. This was exactly what happened to a motorcycle rider in the city of Sao Paulo in Brazil.

An eight-minute video captured via the motorcycle rider’s helmet-mounted camera shows a terrifying scenario that happened back on October 12, 2013 at the corner of the avenues Doutor Assis Ribeiro and Gabriela Mistral in Sao Paulo.

The criminals struck in broad daylight. 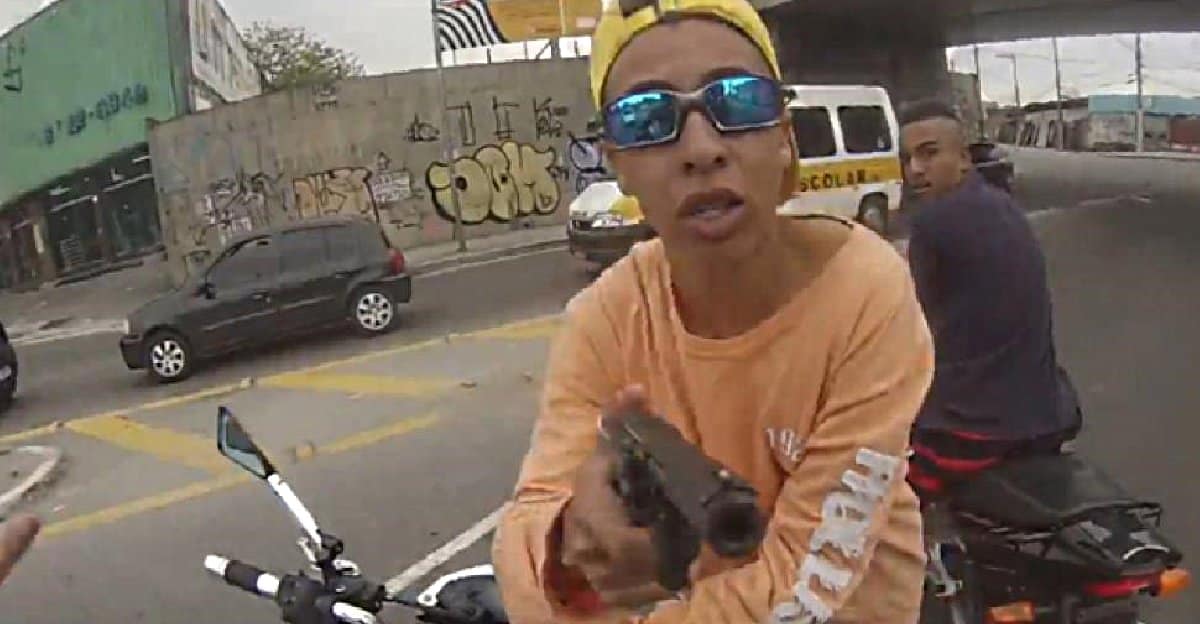 The video immediately went viral when it was first uploaded on YouTube right after the incident happened. However, the person who uploaded it later took it down because he feared that the criminal’s associates would look for him.

Despite the fact that the original video was taken down, the clip had already been downloaded and re-uploaded by many other YouTube users. It then spread to other sites.

So, what exactly happened?

The robber takes the keys of the victim's motorcycle. 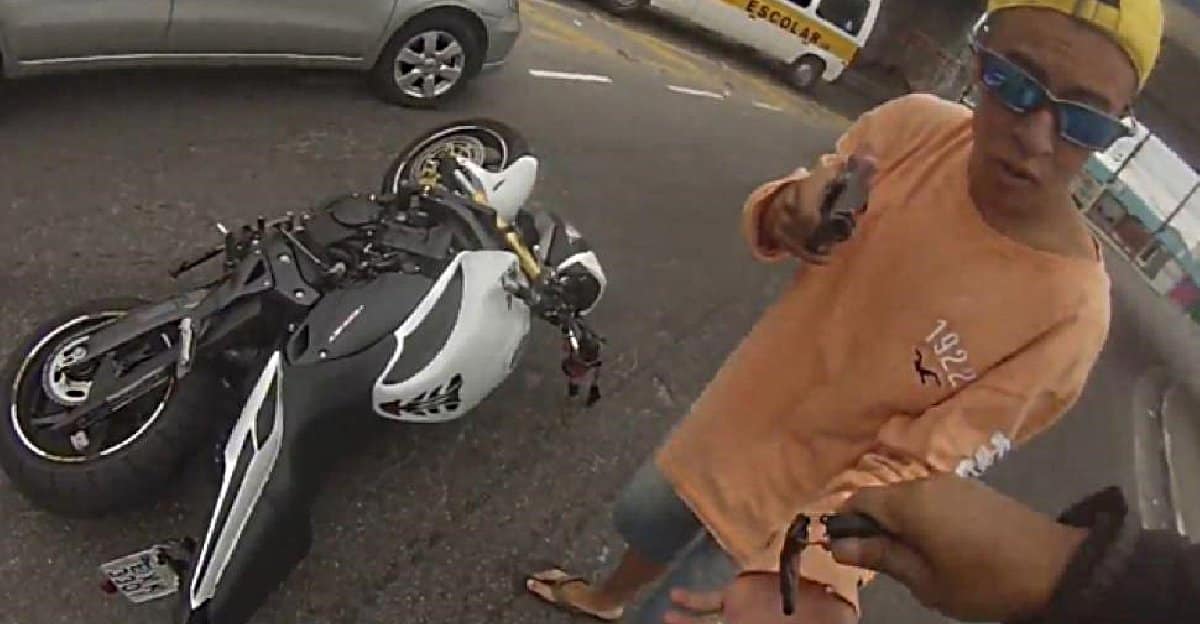 The robber, who was later identified as Escarante Leonardo Santos, was taken to nearby hospital. However, he later died.

Follow-up reports also came up with a modified version of the video, which features animated reenactments of the things that happened off-camera.

In a translated statement, the Sao Paulo police explained, “Preliminary analysis of the video suggests that police action [taken] was legitimate and correct, observing the methods. At [the 59-second mark] it is possible to see the assailant pointing his weapon at the police officer.”

In other words, the criminal had it coming.