The young, black bear had been roaming the highway and the forests of western Pennsylvania with a bucket-like object stuck on its head for over a month.

When a woman named Krissy Elder saw him, she contacted the Pennsylvania Game Commission to ask for help; however, she was told that they couldn’t do anything while the bear was healthy and “mobile.”

So she took a photo, posted it on Facebook, and set up the page called Save the Bucket Bear to bring people together and encourage the authorities to intervene. 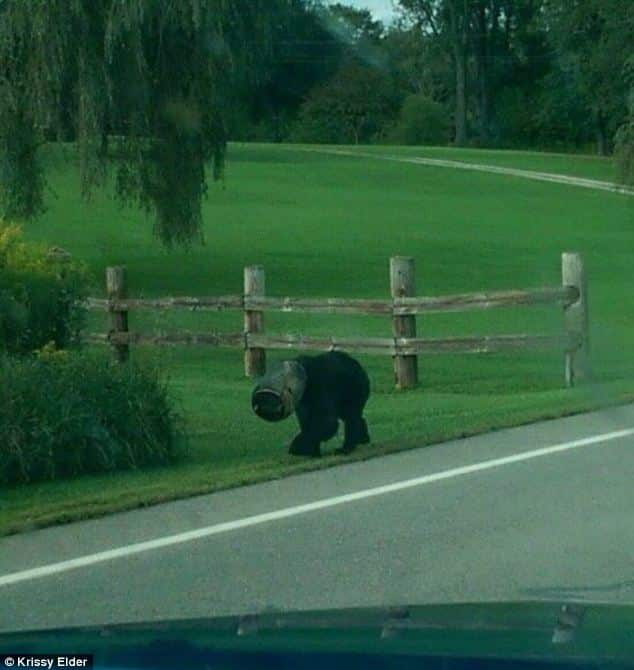 Fortunately, animal rescue volunteer Dean Hornberger and his girlfriend, Samantha Eigenbrod saw the picture. The couple immediately decided to search for and help free the animal. Enlisting the help of their friends who could aid them in the rescue, the pair set off on Labor Day in 2014 and went to the place where the photo of the bear was taken.

They searched for a couple of hours and were about to call it a day when they saw the bear near the highway.

Hornberger approached the bear and tried to yank the object off of him. It was then when he discovered that the bucket was actually a rubber air bag typically used to cushion tractor trailers, and it was tightly attached around the bear’s neck with a metal ring.

Bucket bear escaped from his grasp and the rescuers ended up chasing the animal for about 20 minutes. They chased him through the woods until they landed in a giant mud hole. 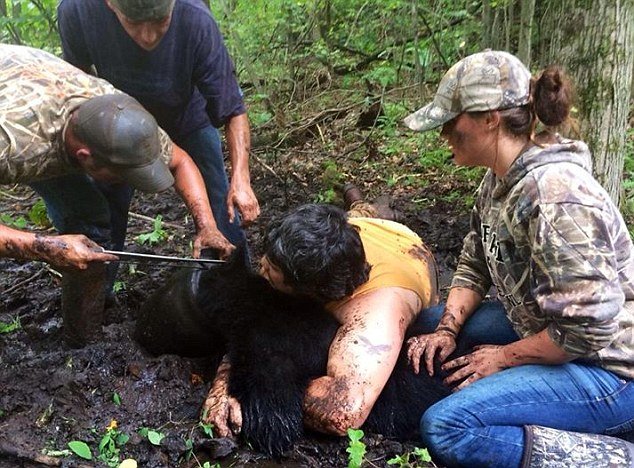 It was supposed to be a straightforward rescue but it turned into an adventure for the group instead. In the end, though, it was very rewarding.

Watch what these remarkable people did to help free Bucket bear: