When we think of 4-year-old kids and driving, we usually think of them playing with their toy cars or maybe riding those ones in amusement parks – not the real thing. A recent video, however, has shocked the internet as it shows a youngster sitting behind the wheel of a Mercedes Benz SUV, driving on a busy highway in Moscow, Russia.

Yes, everyone is in disbelief as they saw this viral clip. As it appears, the young driver is running at a speed of up to 60mph and he can be seen swerving across the traffic.

What the hell were they thinking? 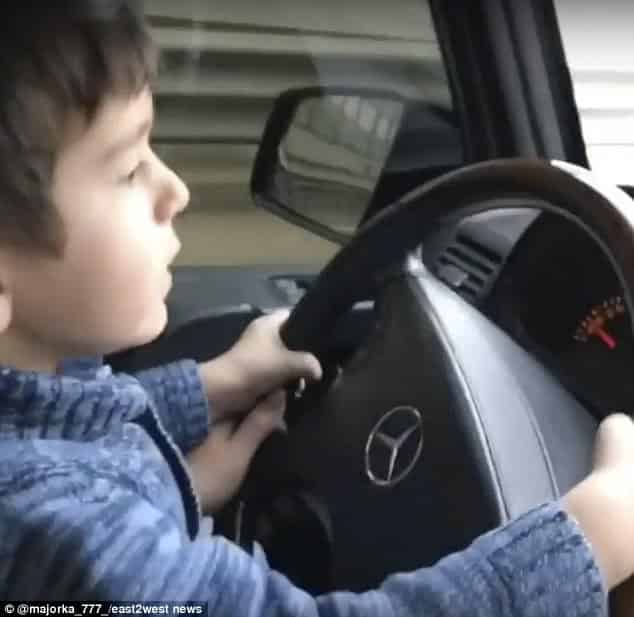 According to a report by Unilad, the original video was shared via Instagram by user @majorka_official. The public account, the site wrote, “is full of pictures and videos of high-end cars and similar style videos of drives on busy stretches of motorways.”

Meanwhile, the Daily Mail tells us that the child is actually sitting “on the knee of a glamorous woman called Ariana,” who is his aunt.

In some instances, the aunt can be seen using one hand to grab the steerig wheel. Most of the time, however, theboy is left on his own to control the vehicle.

It is believed that the boy’s 27-year-old father was the one who captured everything on film as he sat from the rear seat. At one point, he can be heard bragging “Look, bro, driving a Gelandewagen.”

Watch the video below and see for yourself:

The video has been since bashed by netizens, with many commenting that what the pair did was both risky and illegal. 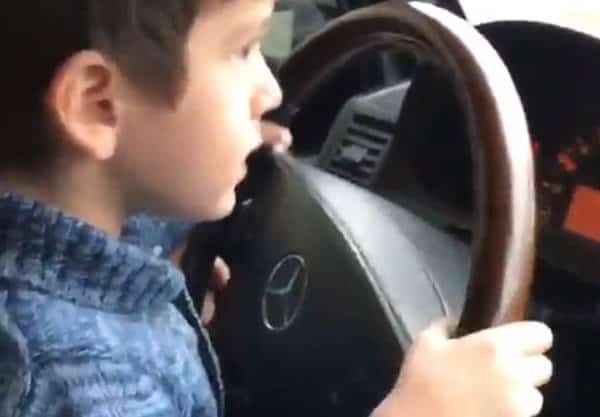 “No brains. God forbid they crashed and killed the child. How would they sleep then?”

“If someone crashed into you, the child will fly out through the windscreen on to the road – is this really worth it?”

The boy’s aunt, however, responded to the critics saying it was something “everyone did”. She defended:

“I do not see anything bad. Everyone did this on their parent’s laps in their childhood.”

Moscow police has already launched an investigation regarding the incident.