Saltwater crocodiles aren’t exactly the friendliest animals around so it’s really hard to imagine a human casually feeding and even playing with it. But believe it or not, that’s exactly what we see in the viral video below.

As you can see on the footage, a woman is throwing food to a massive crocodile as it swims up to her home to beg for food. She even splashes the reptile with water! 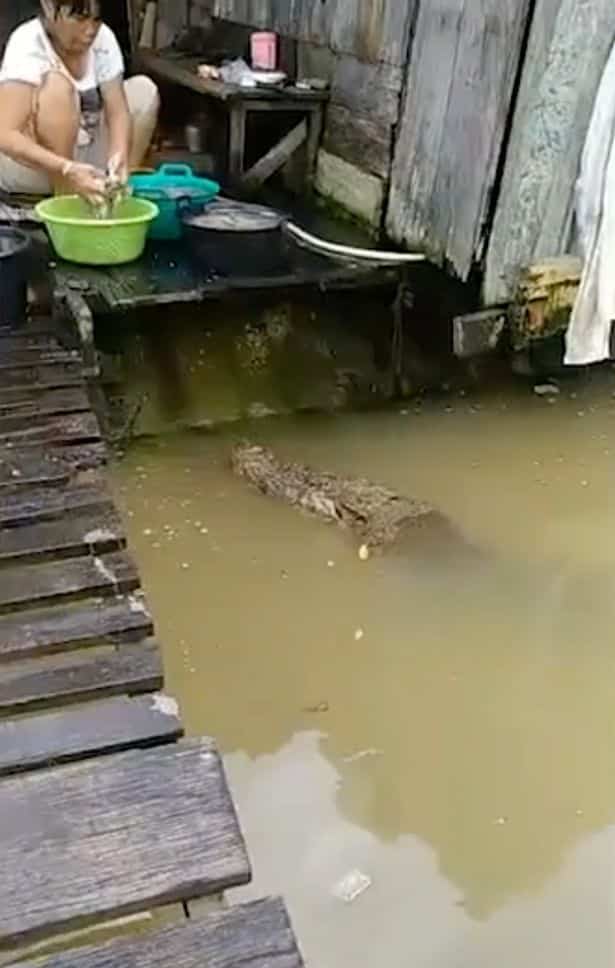 According to reports, the woman’s name is Ambo and she lives somewhere in Borneo. Apparently, she was cleaning freshly caught shellfish when the crocodile paid her a visit.

The reptile’s eyes and snout can be seen above the water. Ambo then tosses “scraps of seafood to the hungry beast” while her husband looks over, a Mirror article tells us.

It is believed that the reptile in the video measures somewhere around 12 to 15 feet. 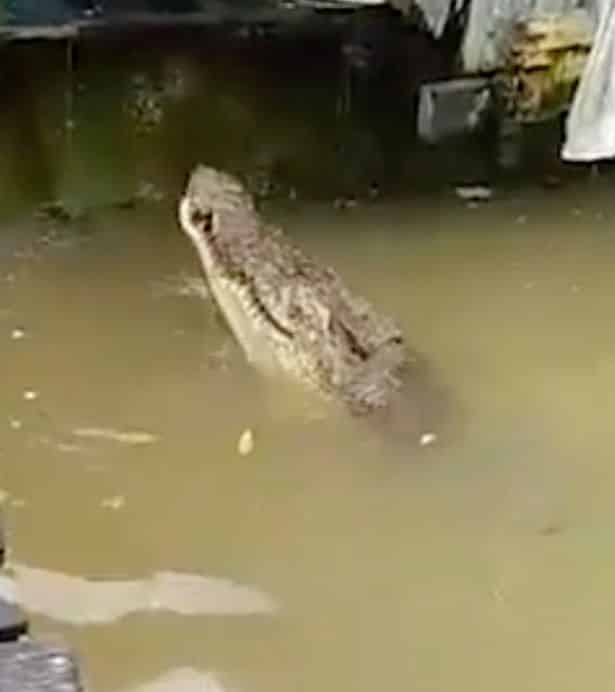 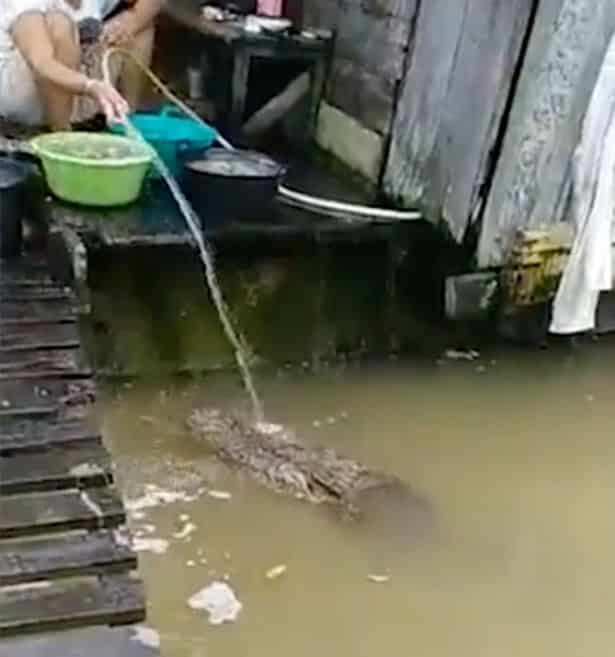 Agus Trianto, 27 years old, captured the feeding on film and said the “friendly” crocodile often comes by the house begging for food.

“The woman in the video is one of my neighbors. We only know her as ‘mother Ambo’.

“She was cleaning the shell fish and took out the meat and gave some to the crocodile. He’s a friendly neighbor.”

“The crocodile regularly visits the house to pick up food.

“It is usually fisherman from the sea, they love to give fish to crocodiles.”

According to the Mirror, the incident “happened in the Indonesian coastal town of Bontang in the Kalimantan Timur district of Borneo.” It is also said that the area is heavily-infested by saltwater crocodiles.

So yes, folks, some people do live dangerously – like literally!