Babies are undoubtedly the most adorable. How they marvel at everything around them – from the simple ones to anything they find different and new – usually drives us to smile. Another remarkable fact about kids or babies is their innocent and natural response to the things they see.

Ten-month-old Felix had the funniest reaction when he met his aunt for the first time. Felix was born in Lithuania but his parents brought him to Canada to meet the rest of the family including his aunt Steph who is apparently, his mother’s twin sister.

The priceless moment was filmed by his father and it’s the definitely the cutest. It’s hilarious to watch the boy’s excitement turn into confusion and shock. It is as if he wanted to ask, ‘Who’s my real mommy?’

Obviously, he couldn’t tell who is who and how was it even possible to be in front of two people looking very much alike.

Poor Felix. Everyone was entertained though, thanks to him!

This Baby Met His Dad’s Twin for the First Time!  His Reaction? PRICELESS! 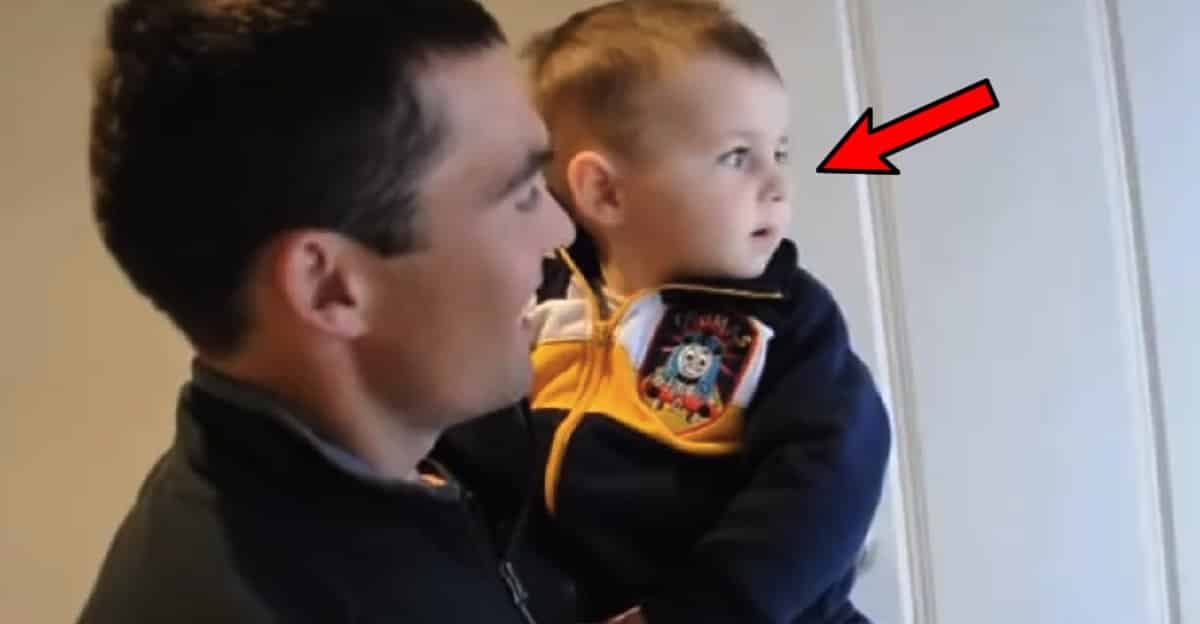