There are times medical science has no answer for what happens outside the realm of possibility. Miracles do happen, and when they do, they can shock the socks off doctors who say otherwise.

This kind of miracle occurred with the birth of Bentley Yoder, a baby boy who, by all rights shouldn’t be alive today.

Bentley was born with his brain outside his skull. 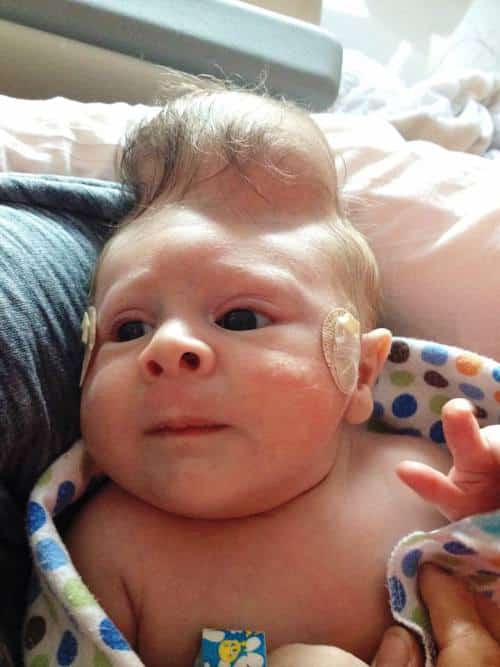 When Bentley was still inside his mother’s belly, an ultrasound revealed his condition, and his parents were advised to abort him.

According to doctors, the baby had a rare neural tube defect known as encephalocele, a birth defect where the brain herniates from the skull and bones fail to properly form around it. They said baby wouldn’t survive long after the birth. If he did live, he would have no cognitive function whatsoever.

His parents, Sierra and Dustin Yoder, were understandably devastated. They always wanted another child to follow their first son, Beau. However, they decided not to terminate the pregnancy. They were determined to hold the newest member of the family, even if it were just for a few hours.

A surprise awaited them when Sierra gave birth a couple of months later. Thirty-six hours later, the baby remained alive. When they brought him home, he got sick a lot and had to be hospitalized several times. Despite being placed on a ventilator for a respiratory virus, he recovered and thrived.

Bentley hospitalized with a virus. 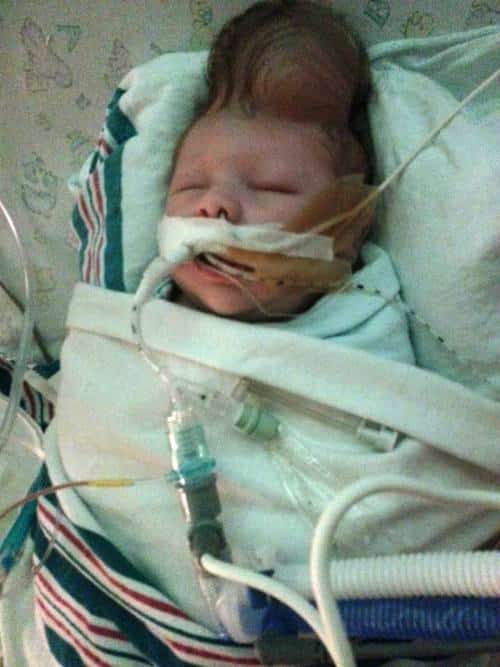 Doctors were further stunned when it appeared he was actually using his brain, which was enclosed in a sac-like membrane that protruded from his head.

Even more shocking, the baby they named Bentley, grew to be an adorably cheerful seven-month old who gifted his family with wide smiles. Locks of his hair grew around his exposed brain sac, making him look additionally lovable. 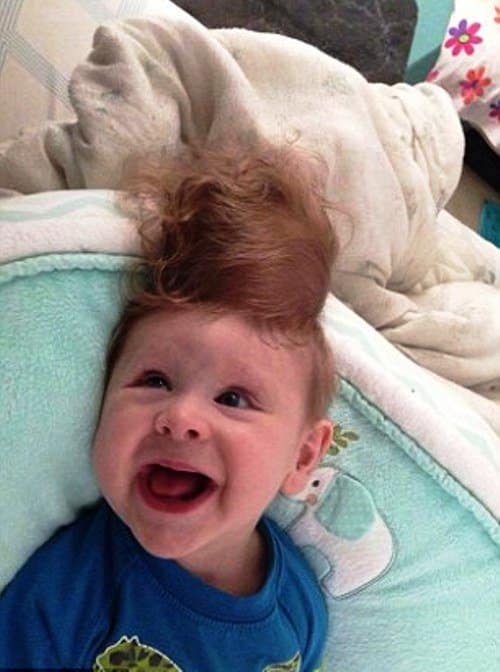 However, with his condition, Bentley was expected to have a lot of health issues. Surgeons at the Boston Children’s Hospital performed a procedure to expand his cranium to allow Bentley’s brain to slip back inside his head. 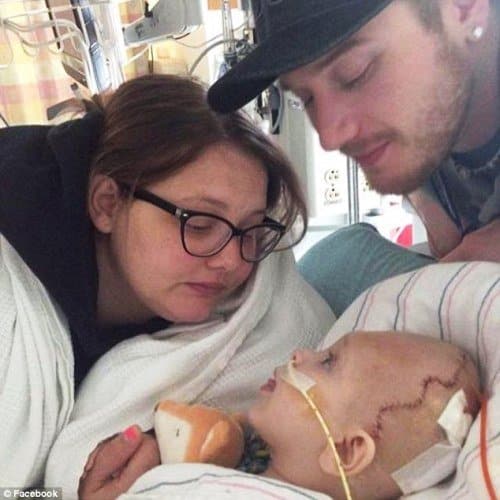 A month after the surgery, Bentley was able to hold his head up, and his parents reported him to be his usual smiling self, “jabbering” at his family and eating a lot.

Bentley back to his cheerful self 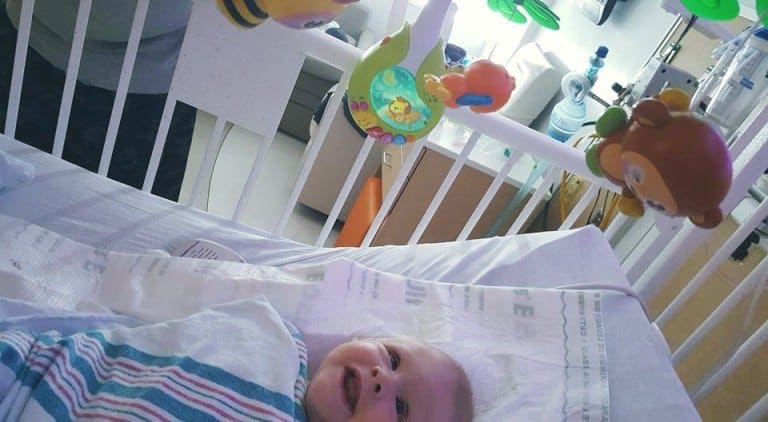 According to doctors, his future looks hopeful, and it looks like Bentley will have a wonderful life ahead of him, despite his rocky start.