We generally think of ancient ruins as being found mostly in Europe, Africa or South America where some monuments and buildings have been standing for thousands of years. However, a home recently found in Canada has been carbon-dated and the study suggests that it is even older than the pyramids.

Students from the University of Victoria’s archeology department have unearthed the oldest settlement in North America. They were digging on Triquet Island, which is about 300 miles north of Victoria, British Columbia’s capital when they discovered the ruins. 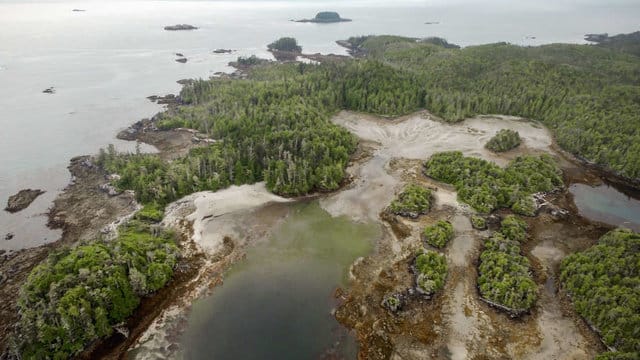 Researchers from the Hakai Institute and the University of Victoria, with local First Nations members, estimate the settlement is way older than the Giza pyramids and have also found artifacts dating all the way back to the Ice Age. The home was found on the lakeside and was discovered on a new housing estate.

They discovered several artifacts from what appears to be an ancient village, including carved wooden tools and bits of charcoal, in a thin horizontal layer of soil called paleosol.

The researchers determined that the settlement is 14,000 years old. It is much older than the pyramids of Ancient Egypt, which is 4,700 years old. 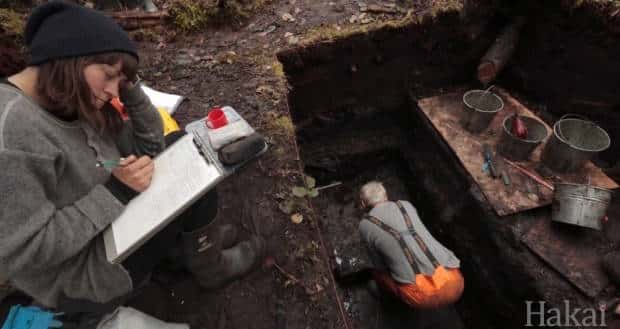 University of Victoria Ph.D. student Alisha Gauvreau, who was part of the excavation, said:

“I remember when we get [sic] the dates back and we just kind of sat there going, ‘holy moly, this is old.’ What this is doing is just changing our idea of the way in which North America was first peopled.”

William Housty, a member of the Heiltsuk First Nation, said:

“To think about how these stories survived only to be supported by this archeological evidence is just amazing. This find is very important because it reaffirms a lot of the history that our people have been talking about for thousands of years.”