Adidas just came up with a shoe that is literally made from trash from  the ocean.

The German sports apparel company partnered with Parley for the Oceans, a multidisciplinary creative environmentalism organisation that aims to put an end to ocean pollution, to transform plastic waste and discarded fish nets in the ocean into a prototype for a new sustainable sneakers.

While the upper shoe is made from recycled plastics and actual green net fibers, the base is made of sustainable cushioning material.

Interestingly, the fishing nets used in the sneakers were actually illegal gillnets recovered by sea-bound environmental activism organisation The Sea Shepherds after the boats of illegal poachers sank in West Africa.

Previously, Adidas was accused by Greenpeace of environmental pollution, but this latest move from the company seems to disprove the claims of the organisation.

Speaking to Huffington Post, a spokeswoman for Adidas explained: “This is not a plan, this is an action. We did this to show what we are capable of doing when we all put our heads together.”

The company vows to incorporate recycled plastic in its products by early 2016.

Believe it or not, Adidas’ new eco-sneakers is made from recycled ocean trash and captured fish nets. 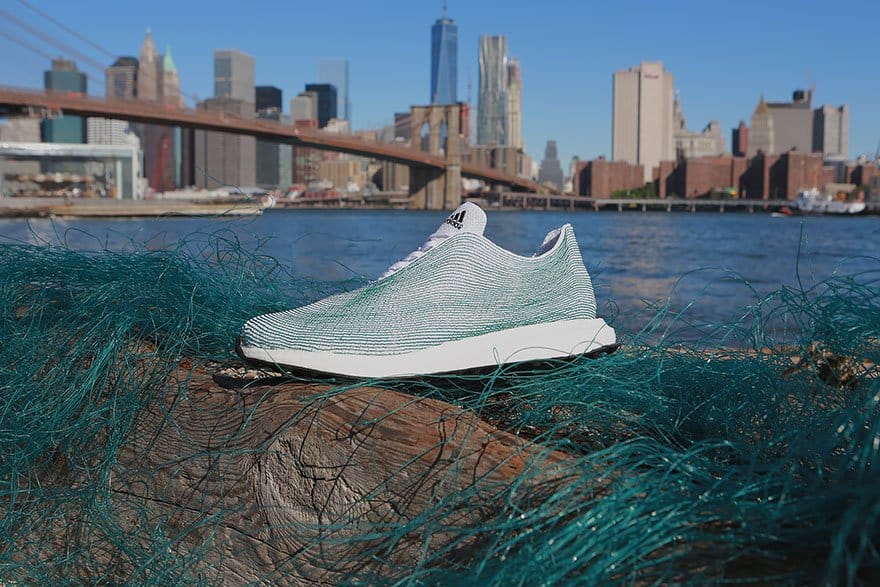 When fish nets are discarded in the ocean, the seas are polluted and marine organisms can potentially die. 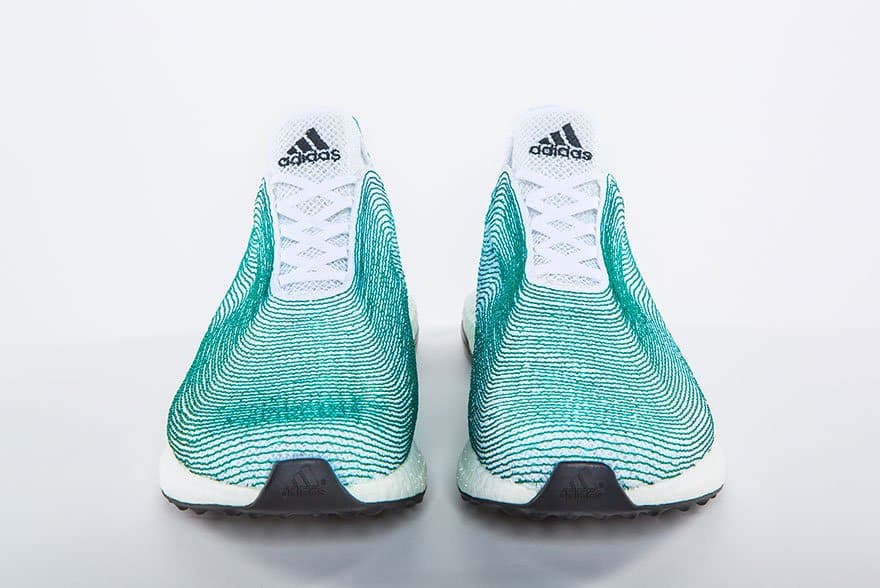 About 72 km of illegal fishing nets were confiscated by the Sea Shepereds from poachers. 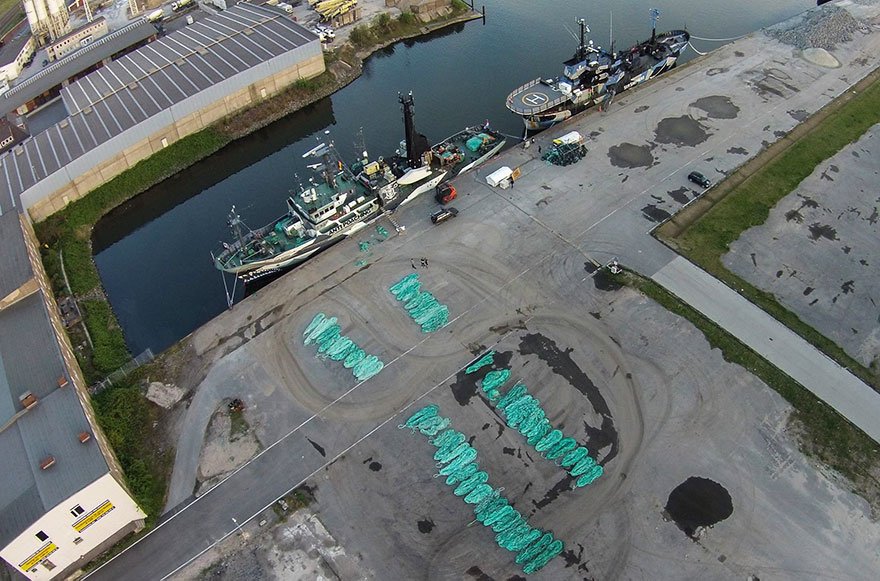 The recovered illegal nets were then used by Adidas to come up with an eco-sneakers. 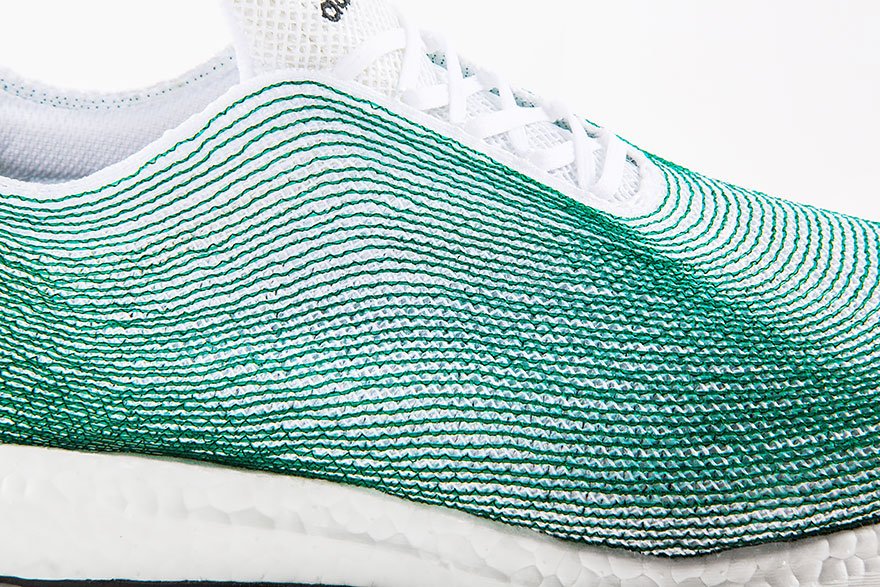 Together with ocean trash, the nets were transformed into fibers which can be used in various garments. 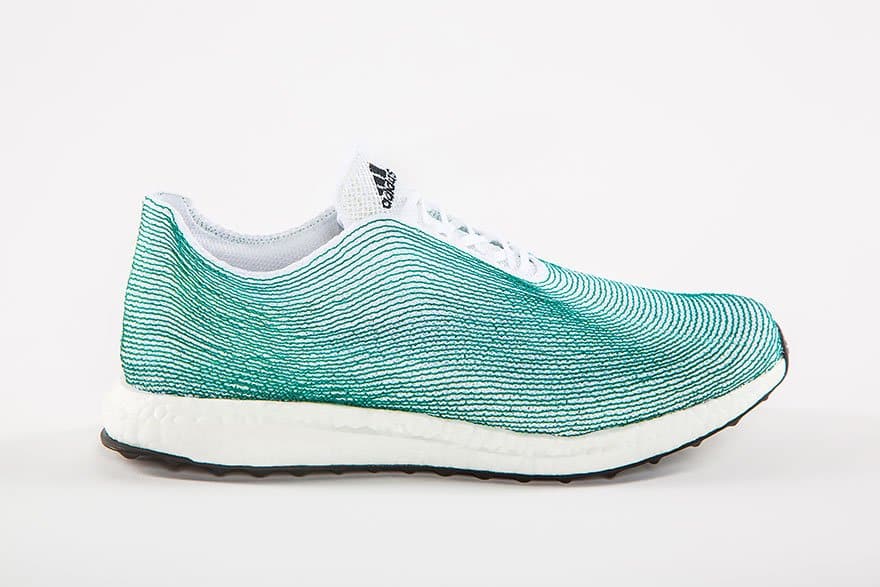 The apparel giant intends to incorporate these fibers in their products by 2016. 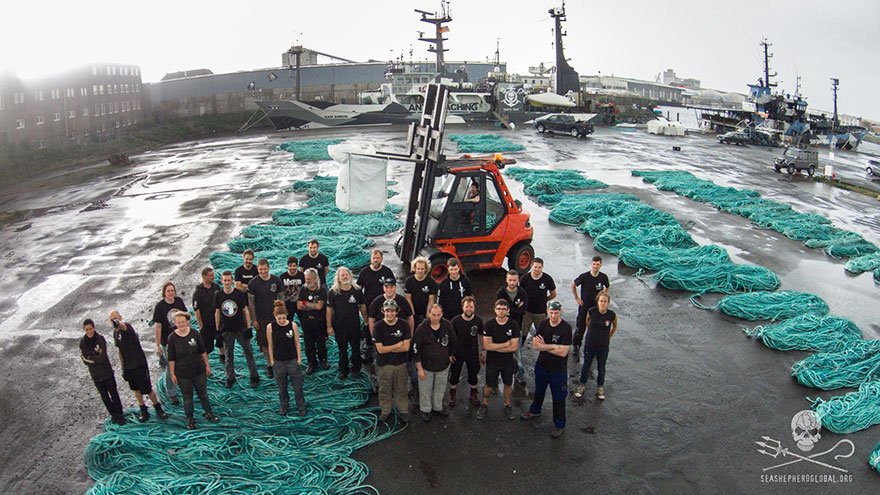