What would your initial reaction be if you happen to be at home and then an intruder breaks into your house to rob it? More often than not, people would either try to escape lest they get themselves in harm’s way. Or, they fight like hell, protecting what they have worked hard for. After all, why should you give in to a robber who is doing wrong? All it takes is mustering a lot of guts.

This is the same of an eleven-year-old boy from Talladega, Alabama, named Chris Gaither. Chris boasted to news channel WVTM of how he shot at a burglar 12 times. Gaither was home alone on a Wednesday morning, when a burglar intruded their home. Gaither grabbed hold of a 9mm handgun and began shooting at the intruder.

11-year-old Chris Gaither shot a burglar 12 times and mocked him for being a crybaby. 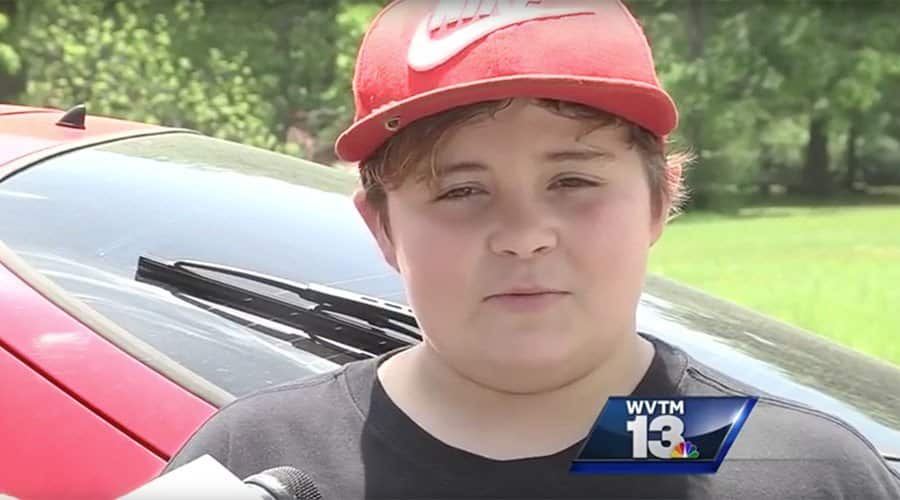 When Chris opened fire 12 times, he hit the burglar in the leg with a “metal jacket bullet” as he tried to jump a fence with a stolen hamper in hand. According to the eleven-year-old boy:

“I told him I was gonna kill him with a gun if he didn’t get out of my house.

“I shot through the hamper he was carrying. It went straight through the bag and hit him in his leg. He started crying like a little baby.”

Chris even mocked the burglar when he started crying after he was shot. Talk about guts, huh? According to Chris’ mother, the man had already robbed them before, however the suspect’s identity still remains unknown up to this day. We laud Chris Gaither for his bravery because it is unusual in children his age. There is no word however on why the boy even had access to a restricted handgun so easily like it was the remote control of a television set.

On another note, it is strongly advised that parents keep guns out of reach from children as this might cause accidents or, worse, untimely deaths.