Bringing her child to the hospital is every mother’s nightmare especially if it is for something serious, but seeing her little one suffering is worse. This is why mothers more often than not decide to go on that dreaded trip to the medical facility if only to be able to know that her child will be okay. However, that was far from what Mandy Suzanne Smith experienced when she brought her son Zachary to a medical facility for a check up.

Mandy’s daily routine usually ends with her picking up Zachary at his preschool. However, she was surprised to find him complaining about rashes on his feet and itchy eyes that one fateful day. Thinking it was just some skin irritation, the family shrugged it off. But it wasn’t until the next day that they regretted that decision after they found out that the little boy’s body was already covered in rashes. 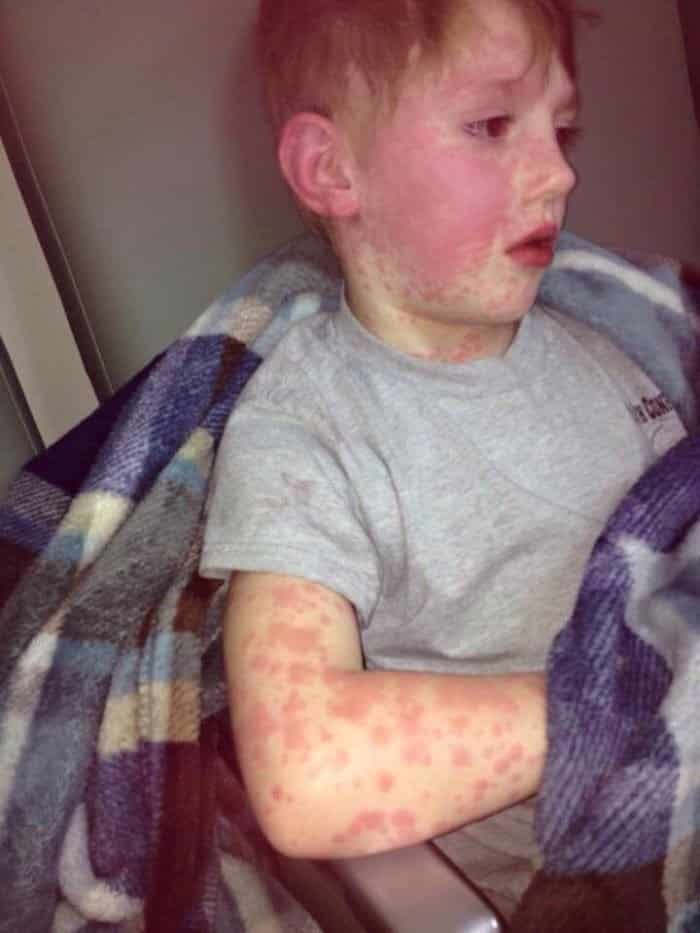 Mandy later discovered that Zachary was running a fever. Though the symptoms appear to be those of ordinary flu, Mandy knew better than to wait especially since her son appearer to be getting worse by the minute. 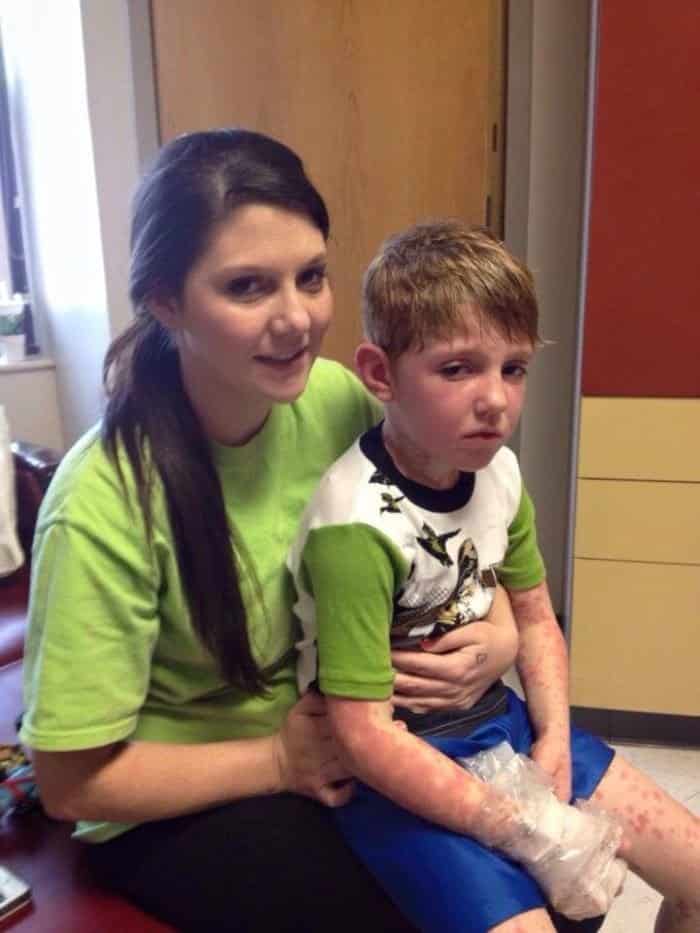 She rushed her son to the nearest hospital where he was given medication for an infection. Unfortunately, that did not work and Zachary’s condition took a turn for the worse.

Zachary is admitted to a hospital 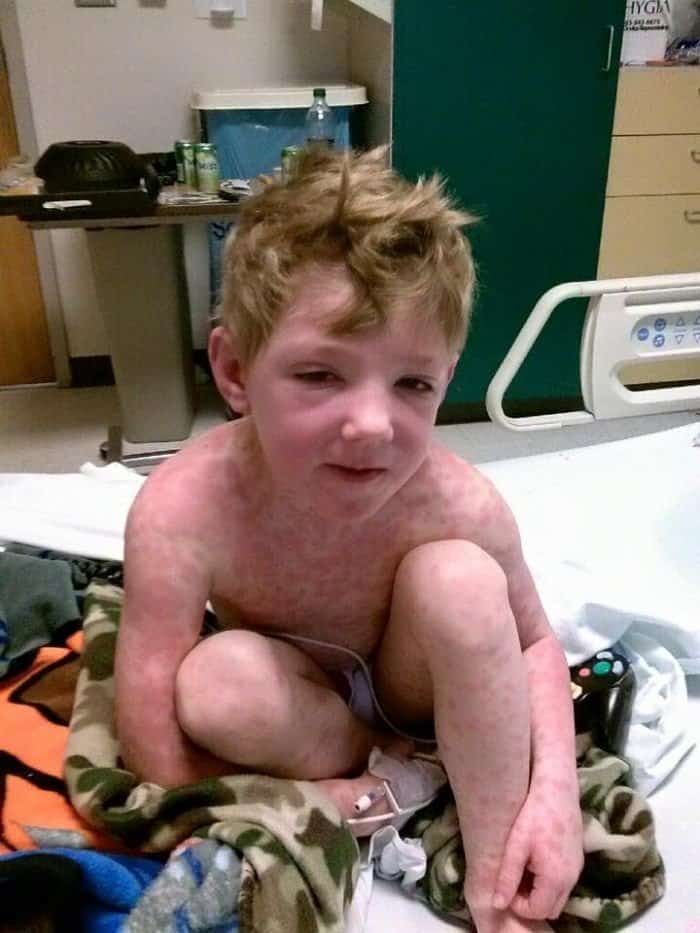 After conducting more tests, the doctors found out that Zachary was suffering from a rare condition known as Stevens-Johnson syndrome or SJS, a rare but serious medical condition that occurs when an individual experiences a severe reaction from medicine. Symptoms include red or purple rashes, blistering in the skin as well as inside mucus membranes like inside the mouth, nose, and genitals which make necessary tasks like eating, swallowing, and peeing very difficult and painful.

Some of the most common medications that cause SJS are those for treatment of gout particularly allopurinol (Aloprim or Zyloprim); medicine for pain relief like ibuprofen (Advil, Motrin), acetaminophen (Tylenol), and naproxen sodium (Aleve); Sulfa antibiotics like Bactrim and Septra; and medicines for seizures or mental illnesses. However, no information was known as to whether any of these drugs sparked Zachary’s SJS.

To save his life, Mandy decided to have Zachary put into a medically-induced coma. While he was under, doctors removed the top layer of Zachary’s skin in order to prevent the infection from spreading further. After that, they wrapped him in a plastic-like material called biobrane to help new skin form underneath.

Zachary Under Coma Covered with Biobrane 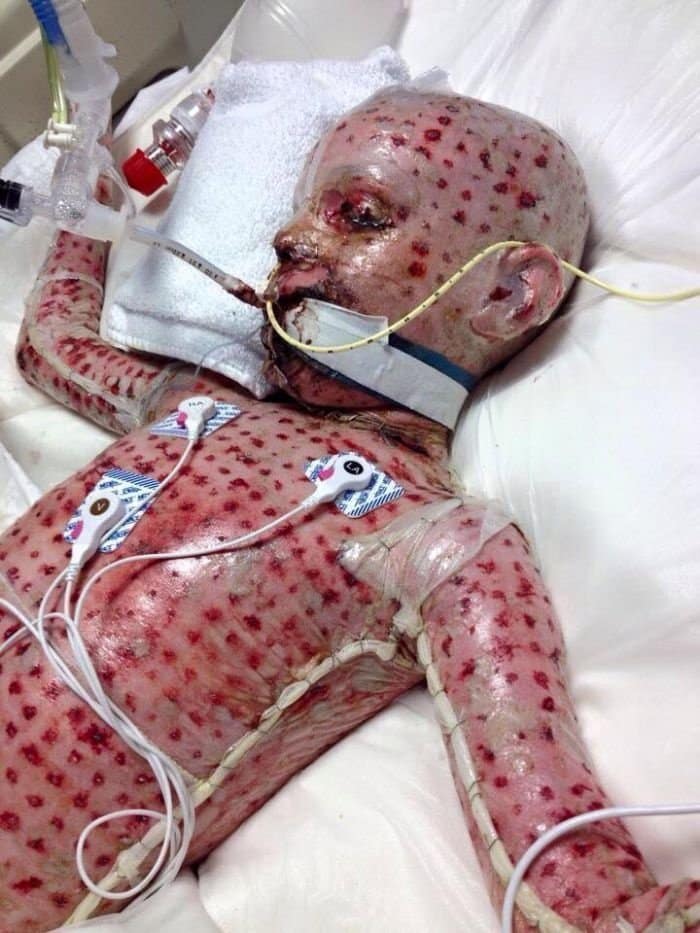 Putting his fate in God, all Mandy was able to do during the procedure was to pray. 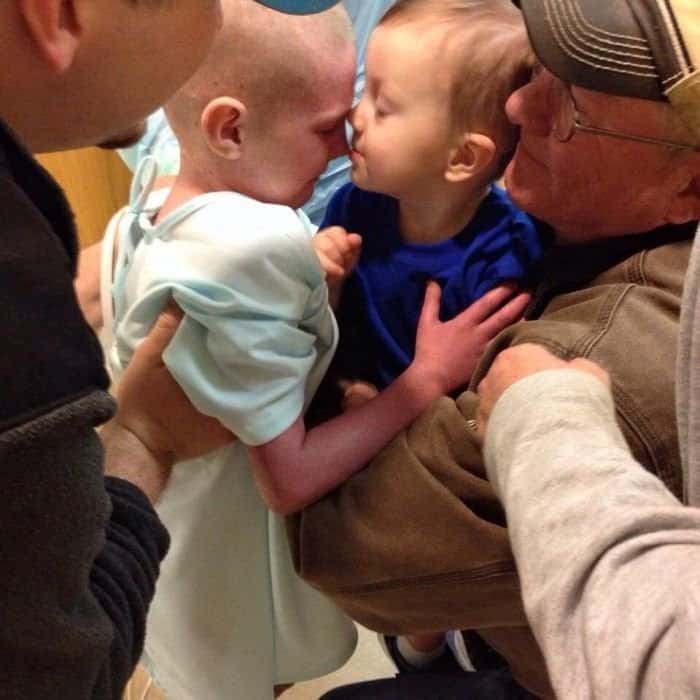 Fortunately, Zachary survived the procedure and moved into a full recovery. 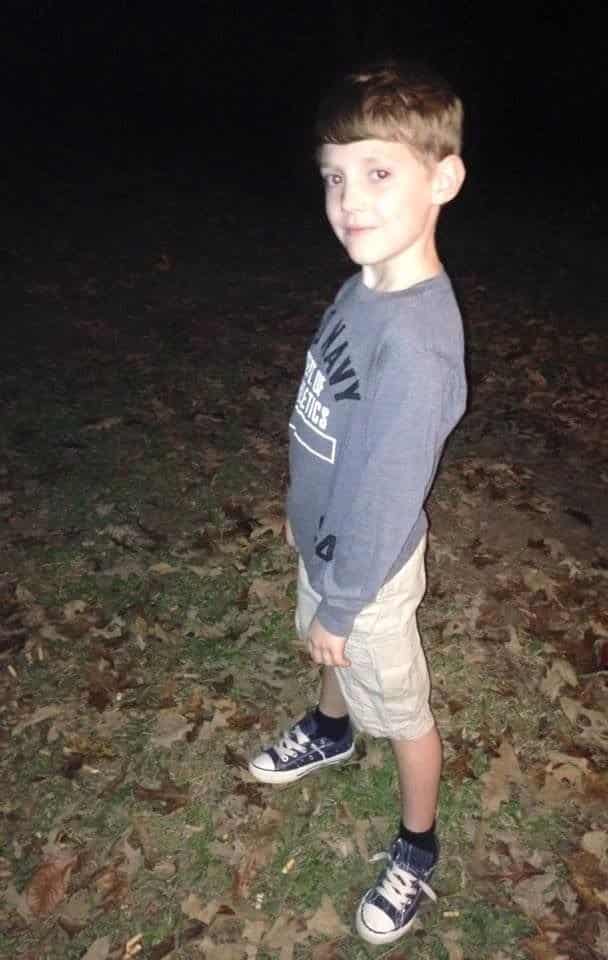