Most people complain about the slightest shortcomings or mishaps in their lives – the traffic jam, the strong rains, or the lack of money. Some, on the other hand, look at the positive side of life, just like a young Filipino boy who has no arms.

Instead of complaining about his disability, he strives to live normally – attending school, playing with friends, and doing his hobby, carpentry.

Meet Niño Dayon from the Philippines. 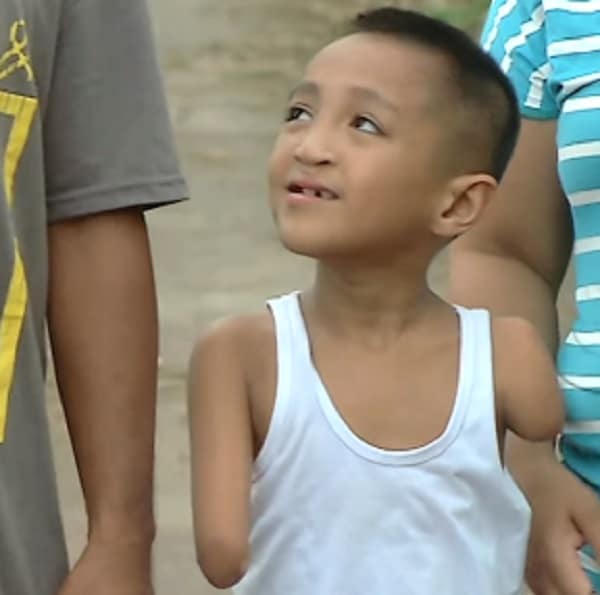 The eight-year-old boy, named Niño Dayon, from Barangay Locotan in Kabankalan City, Negros Occidental, wants to inspire others by showing them what he can do, despite not having arms.

In the video, Niño can be seen smiling as he balanced a hammer and a saw with his neck, chin, and neck. He was able to hammer a nail into the wood.

He can even slice a piece of wood with precision using a saw. 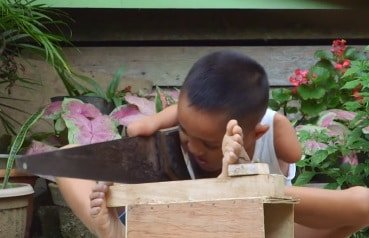 Niño has a series of videos showing how he does his craft with wood. He can build anything he sets his mind into. Many people were amazed on the boy’s talent and determination.

Aside from carpentry, the young boy helps his mother in household chores, goes swimming, writes, and goes to school. Since his parents can’t afford to buy him new toys, he builds them himself.

What an inspiring and strong-willed boy. 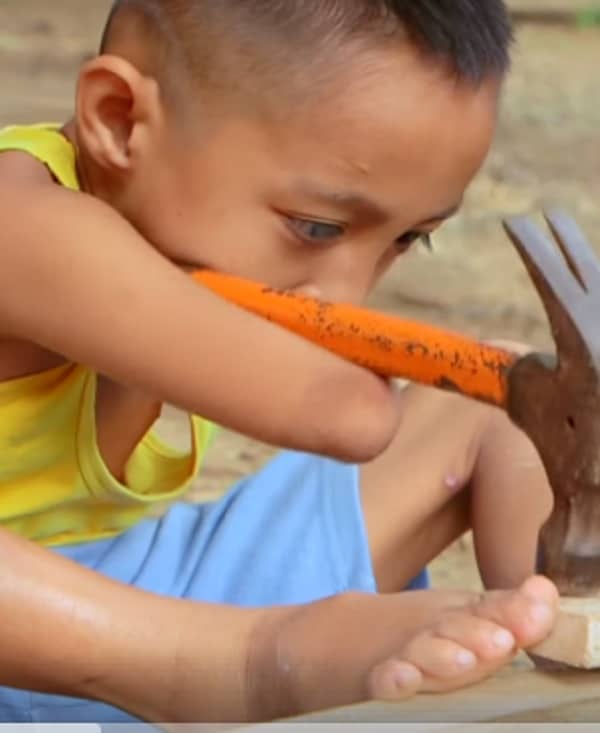 According to doctors, the boy has Phocomelia, a congenital disorder wherein the appendages are either underdeveloped or missing. As a result, the limb becomes shortened and in some cases, the hand or foot is directly attached to the trunk.

He wants to be an engineer one day, and luckily a local celebrity has noticed his determination. The celebrity vowed to shoulder Niño’s education until he’s in college.

Watch how strong and determined this boy is:

Niño is a true inspiration for many people. If he can do it, then others can do it too, despite hindrances and disabilities. There should be no excuses in reaching your dreams – all you need is a strong will and a positive outlook in life.