When done right, social experiments can really be an effective tool to provide deeper insights on human behavior. If you are a frequent visitor of our website, you know we’ve shared numerous videos of social experiments, many of which were quite excellent.

Watching this recent one by Prank Nation, however, has been pretty heartbreaking for us, to say the least.

Bailey, 12, posed as a blind kid for this meaningful social experiment by Prank Nation. 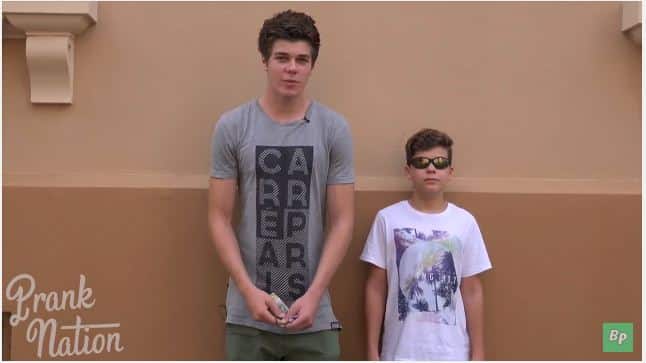 He went out of the streets and pretended he was blind, wearing sunglasses and using a white cane along the way. He then approached various strangers asking them for a change for his $5 bill. He, however, handed them $50 to see if they will be honest or not.

Unfortunately, though, some people failed the test. They handed a few coins to the boy and took his money. I tell you, it’s a disgusting scene that’s guaranteed to prove the ugly side of some human beings.

The video, however, likewise proves that there are still a lot of good, honest people out there. 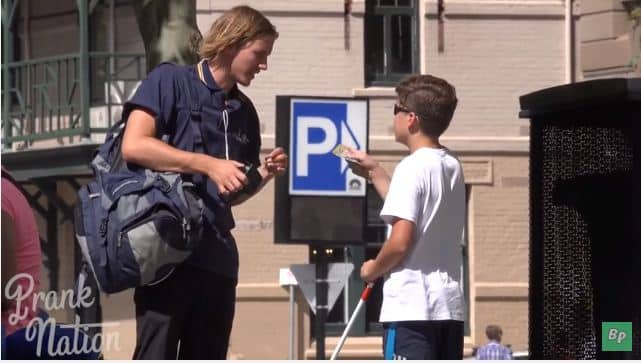 Lest your faith in humanity gets shaken too much, it should likewise be pointed out that, yes, the video also shows us that there are still a lot of good and honest people out there. Some of those filmed in the experiment told the kid he was holding out a $50 bill and one of them even gave him money without asking for any bill in return.

It’s absolutely a beautiful reminder that despite the wild world we live in, there are still those who are indeed pure in heart.

What do you think of this video? Make sure to leave a comment below!