I grew up admiring martial artists from a distance. You know, I never got fully into it but I always enjoy watching a good martial arts movie. Or a brutal MMA match. Or a nice demo video posted on YouTube. There’s really something about these kick-ass guys and gals that truly impress me.

The clip below, however, is not only a mess but a total epic failure. This so-called martial arts “trainer” stood in front of his students to show them his strength and skill by breaking a wooden board. The sad thing about this is that he failed every single freaking time.

This martial arts instructor tried really hard to break the board by punching it. 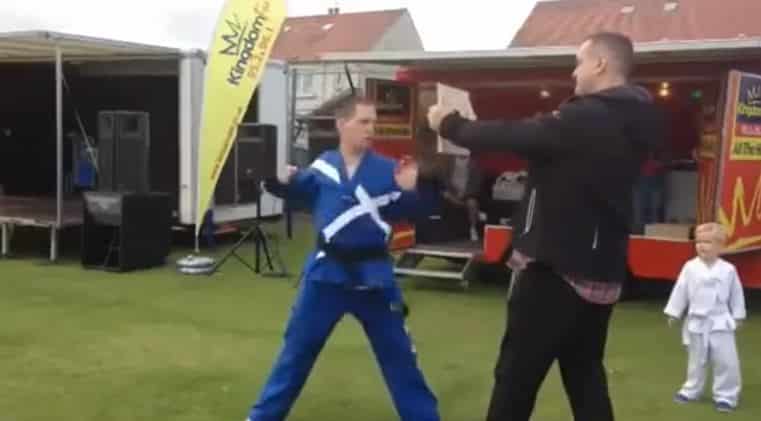 Eventually, he resorted to kicking. It didn’t work well either. 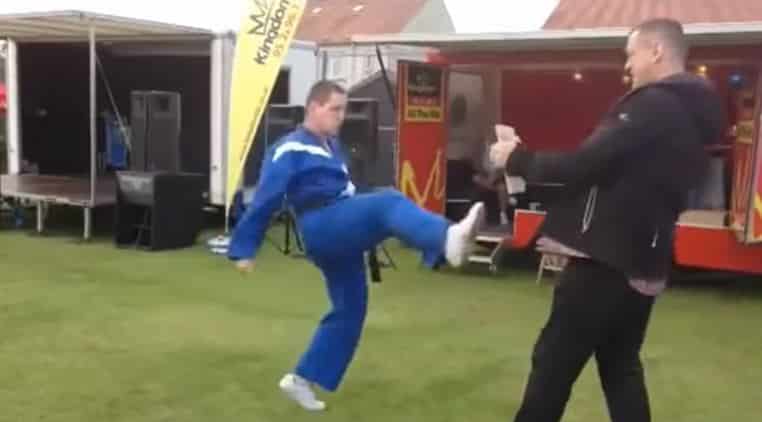 Perhaps frustrated or afraid of being embarrassed, he asked for another assistant to hold the board.

To his credit, he was able to smash it but apparently, it led to this…

A small piece of the wood flew and hit one of the students on the head. 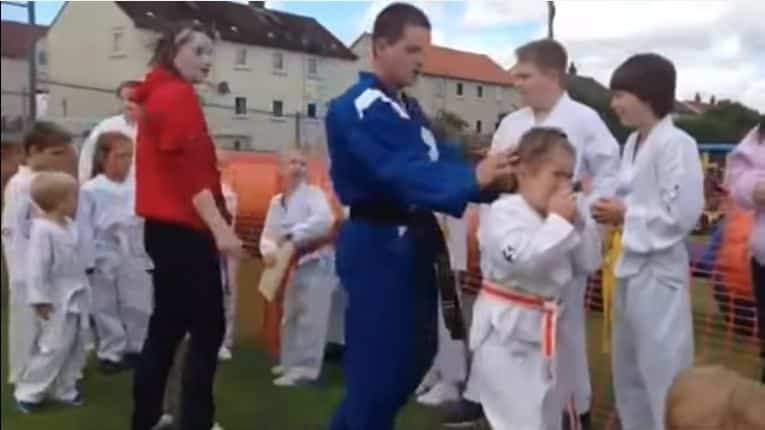 This is absolutely a cringe-worthy video. I feel bad for the parents who enrolled their kids to this guy’s class.

YouTube commenter DoktorSick wrote “He is lucky boards don’t hit back.” while a user named Monkey King suggested “Should return his black belt to Amazon.”

We couldn’t help but nod in agreement. This black belt instructor is probably a fake.