The challenging thing about online shopping is that buyers do not have the luxury of inspecting products upclose until they’ve made the purchase. One woman from Napier, New Zealand learned this the hard way despite her best efforts to ensure that she gets the best out of the deal.

Shopper Michaela Smith saw a nice dress being sold online and so she wanted to buy it. The blue and white dress had a retro vibe and had pink flamingos for its design.

To make sure that she gets the right size, she measured herself twice before placing the order. She was sure she’s a 4XL. Much to her dismay, what eventually arrived was not only smaller, a 3XL, but the dress also obviously looked a bit different from what she expected. 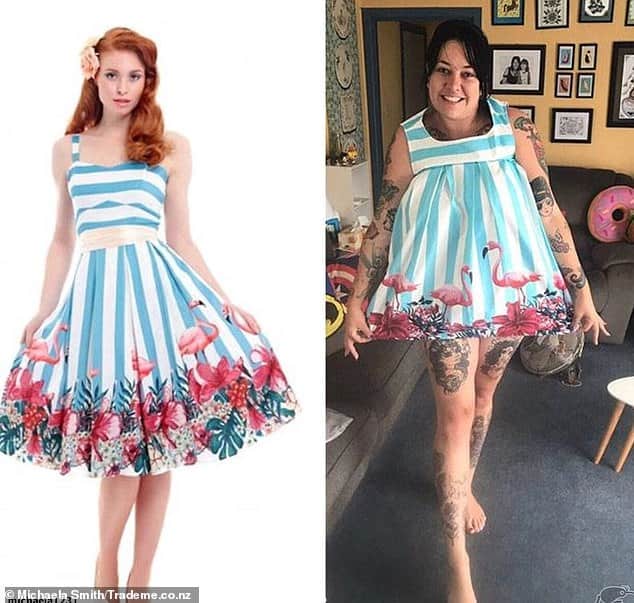 “According to the sizing chart, I would fit this dress well. I didn’t. I couldn’t get it over my b00bs.”

Fortunately, Michaela had a healthy sense of humor and decided to see the funny side of the scenario. So she took photos of herself and posted them on an auction website as she offered the dress to interested takers. She also added the original picture of the product so buyers can compare for themselves.

Little did she know that her little ad would later go viral.

“I need to get this dress out of my life. I asked my kid to take a photo to send to my sister. My sister uploaded the photo to Reddit. The internet went mad.”

“I was tagged in four thousand million Facebook posts with titles like ‘when online shopping goes wrong’.

“I was mortified. It wasn’t even a nice photo of me. I had no makeup on. Hadn’t shaved my legs. Hadn’t even vacuumed.” 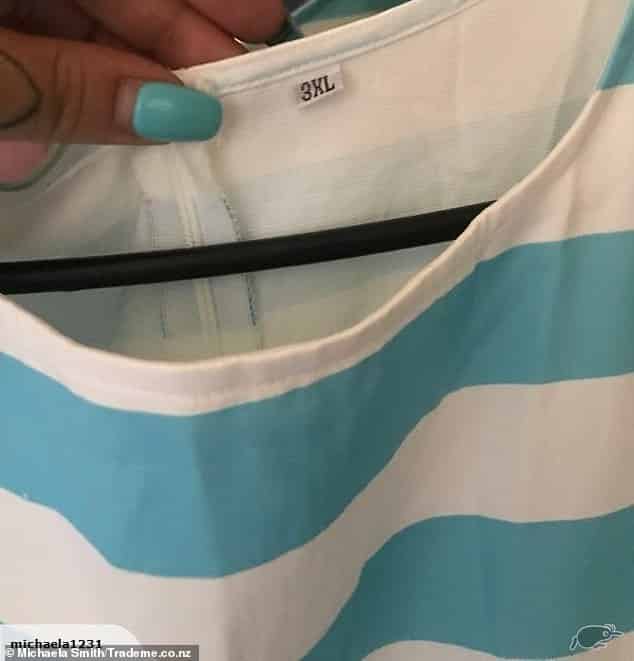 As with all things viral, the post gained mixed reactions from netizens.

“I was accused of cutting the dress (I didn’t), asked if I even had a torso (I do!) and, helpfully, told I had ordered the wrong size,” Michaela shared. 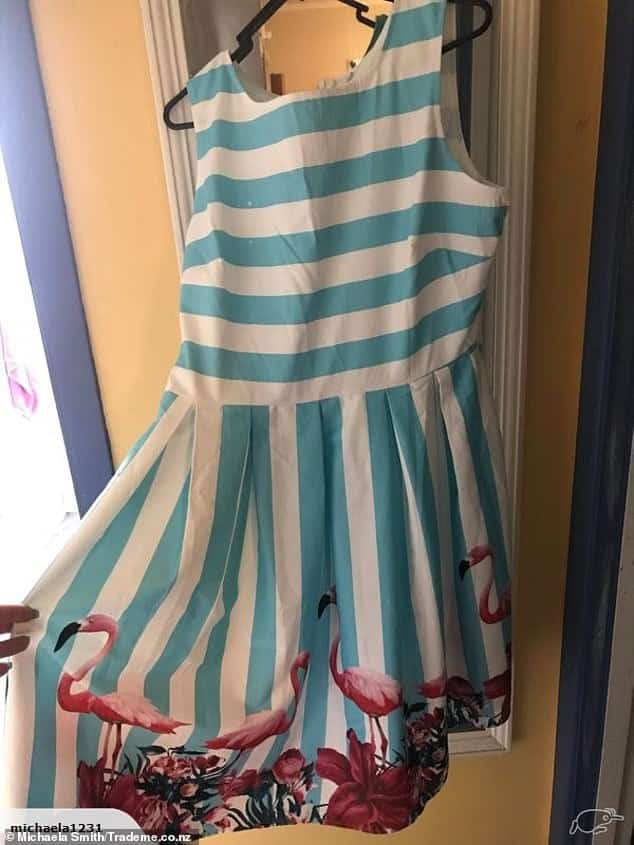 Still, that didn’t stop people from bidding on the dress which, as of this writing, is now at $181. Michaela initially offered it for only $1.

“Take this out of my life once and for all,” she said. “You could own the second picture in the Google Search ‘DRESS FAIL’ for as little as $1! Money will go towards some therapy.”