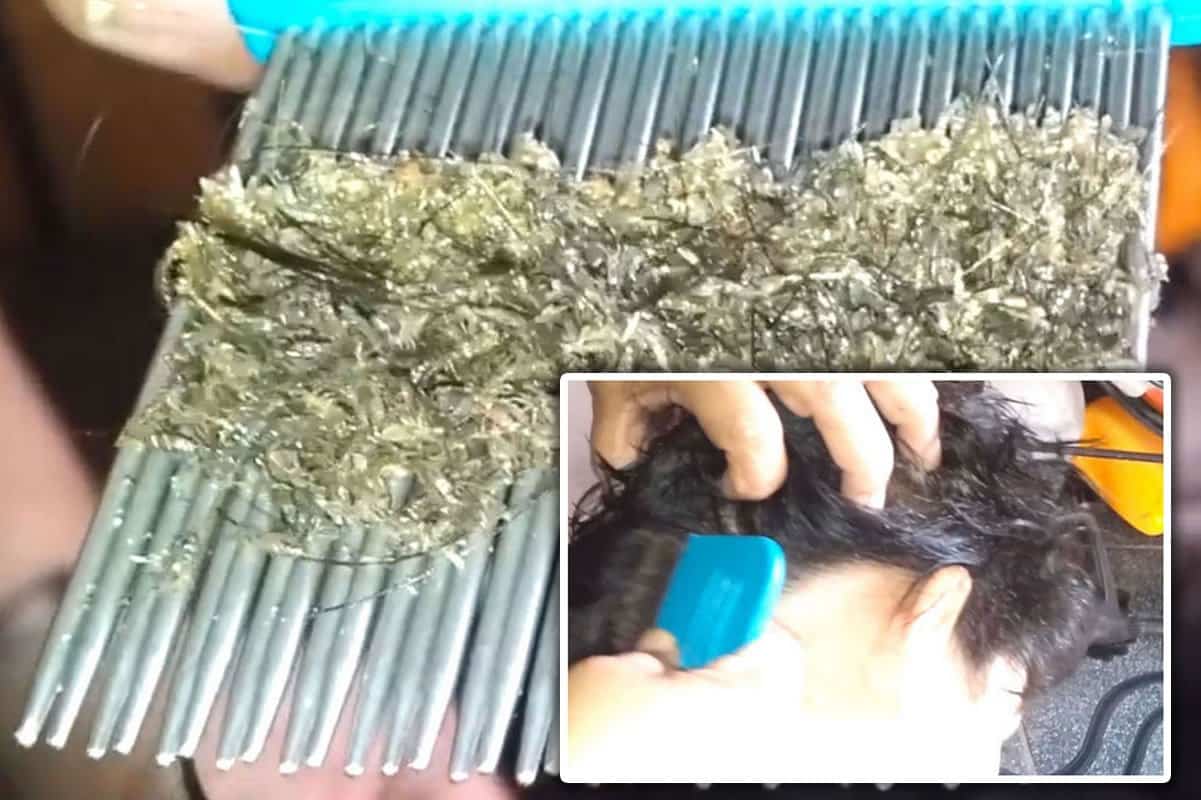 Here’s an early Halloween treat that will surely creep the hell out of you. This stomach-churning footage shows what could be the most extreme case of head lice infestation ever seen in the internet. As hundreds of nasty bugs are brushed off from a poor child’s head. And possibly thousands more are still there the kid’s head.

In the short video, a mother is forcing to drag a nit comb into a child’s short yet thick hair. When she managed to pull the comb free, hundreds of pale green critters are caught alive. And that was only from a small portion of the child’s head. There are possibly thousands more, the worst head lice infestation ever.

According to medical study by dermatologists in Bristol, average head lice infestation is more or less 10 lice on the head. But in theory, the worst case scenario is 20,000 of them could fit on your head.

In heavy infestations, lots of lice would clump together and build nests. They also forms a big ball as they fight each other for survival.