Hands down, this video is one of the most stomach-churning ones out there on the web today. Some may find this satisfying, like those videos showing doctors popping pimples or squeezing out blackheads, but we say brace yourselves nonetheless.

An unbelievably terrifying video has been making the rounds on Facebook and other social media sites showing a poor pooch with patches on his skin, being eaten alive by pesky maggots. We certainly feel bad for the cute canine, and we’re so glad he’s gotten help from a veterinarian.

The beginning of the video shows the dog and the red patches on his skin. 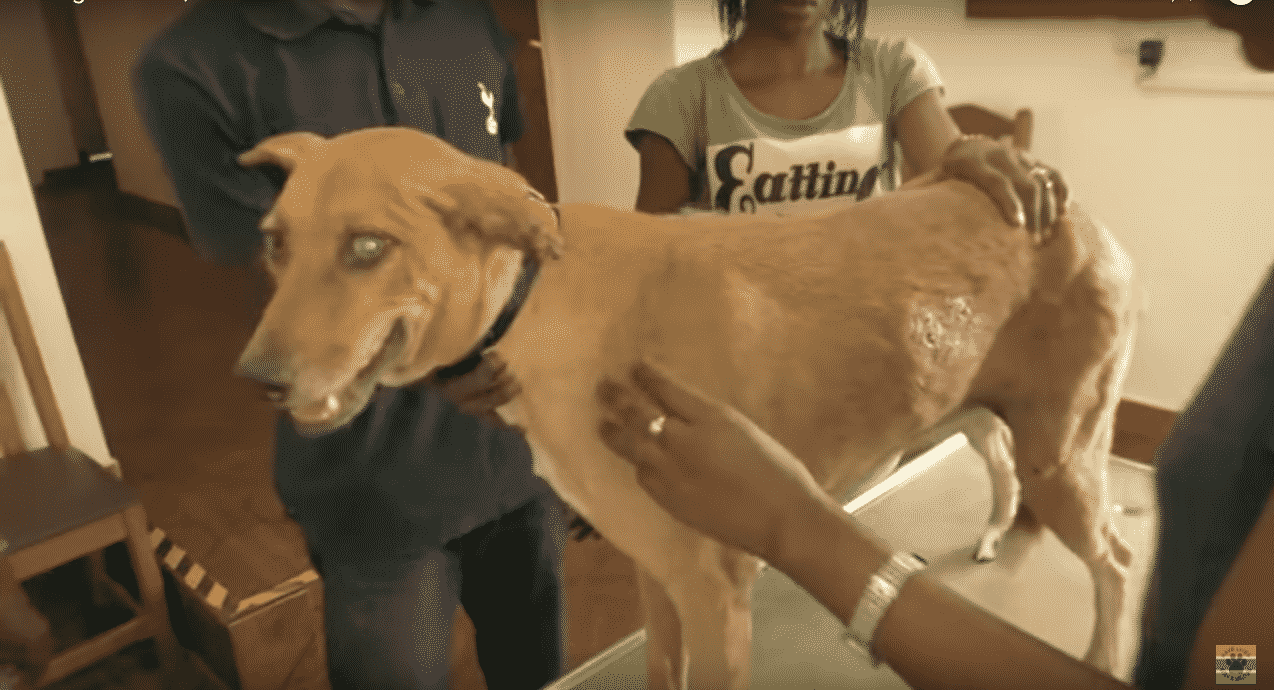 The vet starts to slowly squeeze the animal’s flesh. And, as if from a crazy horror movie, dozens of maggots appear. The process is repeated by the vet several times in different areas of the dog’s body, and the metallic container nearby is then filled with maggots wriggling about. The vet also talks in the video and tries to educate the owner about the dog’s condition.

This infestation is called myiasis, which happens when the larvae of flies infects a live being and then grows inside. 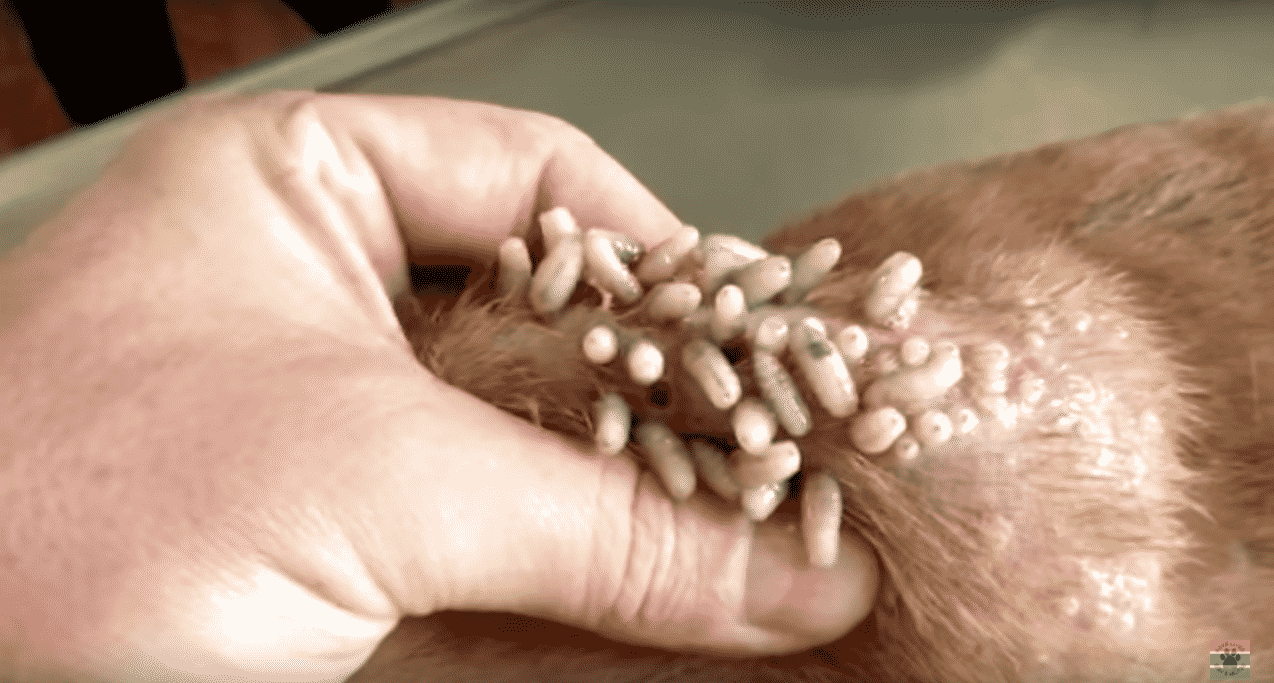 Most commonly, maggots penetrate the skin and develop in the tissue underneath. The can feed on the flesh of creatures for 3 to 5 days. Humans can also be infected, by the way.

The video has definitely garnered a lot of reactions from online users. Some feel sad for the dog, while others are critical of the owner. One user commented:

“Poor dog. Having one patch with so many is painful. I hope the new owner gets the idea that he must now take control and not allow the maggots to grow.﻿”

And another one said:

“I hate when the owners lie. Like tell the truth. You didn’t just see the maggots. They’ve been there for awhile because they’re fully grown you just did nothing about it. Ugh frustrating as hell. Idk how Micha does it﻿.”

Is it just us or are you also feeling a bit itchy?